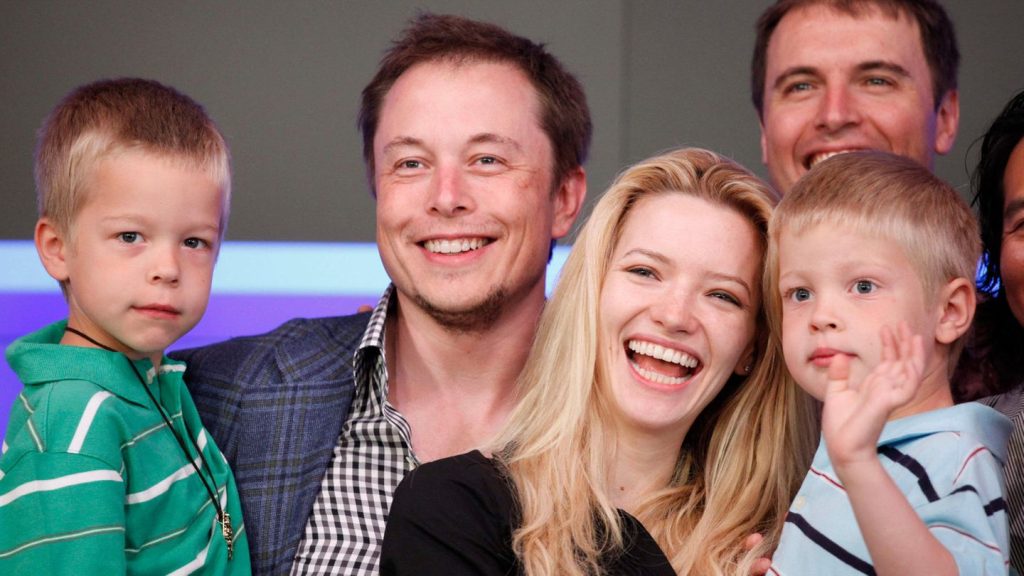 Who is Saxon Musk?

Saxon Musk is a celebrity child, as he’s the son of Elon Musk and his first wife, Justine Wilson, who is a Canadian author. Saxon is one of five children born to Justine and Elon, all through in vitro fertilization (IVF). Elon and Justine met at Queen’s University and married in 2000. The two welcomed their first child, a son named Nevada Alexander Musk in 2002, however, he died after just 10 weeks from sudden infant death syndrome (SIDS).

Elon and Saxon’s mother then opted for in vitro fertilization (IVF), and Justine gave birth to twin boys, Xavier and Griffin in April 2004, and wanting more children, on 1 January 2006, Justine gave birth to triplets Saxon, Kai and Damian, so Saxon is almost 16 years old. However, Saxon’s parents divorced when he was two years old, and since then Elon and Justine have shared custody over their five children.

After their divorce, Elon has continued with his love life, and in 2020 welcomed his sixth child, a son named X Æ A-Xii with his girlfriend Canadian musician Grimes,.

Saxon’s parents have decided that he should be homeschooled, and select his interests, however, for now hasn’t expressed interest in any field, and is presumably enjoying his father’s riches – Elon is currently the richest person in the world, with a net worth of close to $300 billion as of late 2021, thanks to his successful career as an entrepreneur.

Born Jennifer Justine Wilson on 2 September 1972, in Peterborough, Ontario Canada where she spent her formative years, growing up she spent time reading books and always scribbling something; after high school, Justine enrolled at Queen’s University in Kingston, Ontario, from which she obtained a degree in English literature.

Her debut book “Blood Angel” was published in 2005 by the Roc Books imprint of Penguin Books. It became a success, and she worked on the sequel “Lord of Bones” in 2008, while a year prior publishing a novel intended for the young adults – “Uninvited”.

Following her divorce from Elon she has written an article for the popular French-British international monthly magazine Marie Claire, in which she depicted her entire relationship with Elon, saying that she was belittled by him, discoursing her from pursuing a career on her own, and even forcing her to have blonde hair, so she had to dye it rather often. She now lives a peaceful life away from the media, spending time with her children – her latest publication is the short story for Sparkpress, entitled “Smalltown Canadian Girl”.

Sources estimated that Justine Musk’s net worth is around $2 million, as of late 2021.

Born Elon Reeve Musk on 28 June 1971, in Pretoria, Transvaal, South Africa, to a South African father Errol Musk, who was an electromechanical engineer, sailor, pilot, consultant and property developer, and who had a small stake in a Zambian emerald mine near Lake Tanganyika, and his wife Maye Musk (nee Haldeman), a Canadian model and dietitian born in Saskatchewan, Canada, but who grew up in South Africa. He is the oldest of three children, with a younger brother Kimbal and a younger sister Tosca, who are now successful in their own professions.

Elon’s parents divorced when he was nine years old and he eventually became estranged from his father, describing him as a terrible human being. He matriculated from Pretoria Boys High School, after which he enrolled at the University of Pretoria, but just for five months before he obtained a Canadian passport. In June 1989 all was set for Elon to come to Canada and for some time he lived with a second cousin, before enrolling at Queen’s University in Kingston, Ontario, and two years later, transferred to the University of Pennsylvania. He has a Bachelor of Science degree in economics, and a Bachelor of Arts degree in physics.

His journey to becoming the world’s richest man wasn’t easy. He has started and failed several times, launching a number of companies in various fields and industries. His first company was Zip2, a company that provided a licensed online city guide software to newspapers, which he co-founded with Greg Kouri, with financial help from angel investors. The company was eventually sold to Compaq for $307 million, and Musk received $22 million from the sale.

Next, he worked on X.com and PayPal, the first online financial service, then SpaceX, which eventually saw its launch in May 2002 but is only now dominating space technology with the most recent successful launch of the first crewed flight, the Demo-2 in 2020.

His other successful entrepreneurial efforts include the revolution of electricity-powered vehicles and involvement in Tesla, Inc., and the launch of Starlink. The Tesla Inc. company was founded by Martin Eberhard and Marc Tarpenning but has made Musk the richest man. He is responsible for the entire success of the company, and so far has marketed five vehicles – Tesla Roadster, which made its debut in 2008, then Model X, Model 3, Model Y, and Tesla Cybertruck, from several factories across the world.