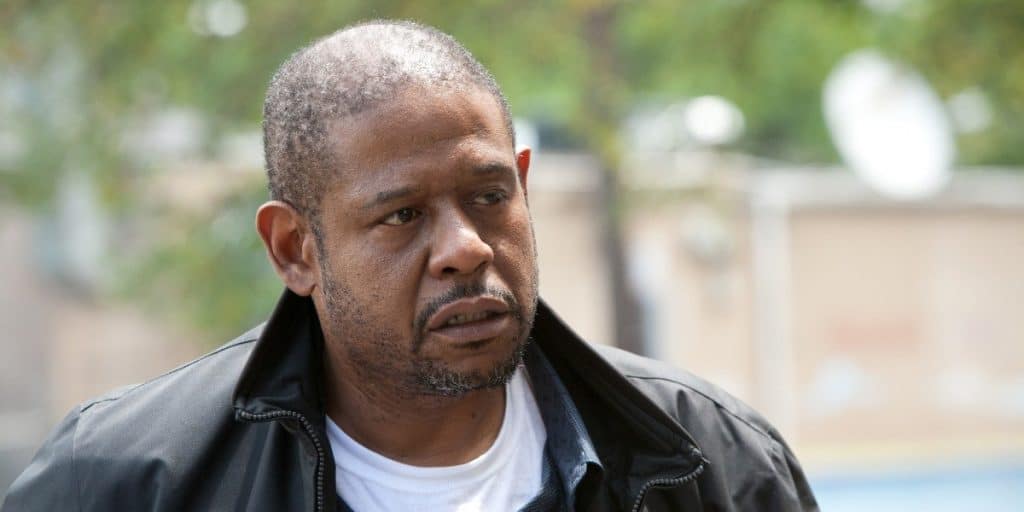 Kenneth Dwayne ‘Kenn’ Whitaker was born under the zodiac sign of Gemini on 8 June 1963, in Longview, Texas USA; he holds American nationality and his ethnicity is African-American. He’s a musician, and an actor with nearly 10 credits to his name, perhaps still known best for his role as Isaac in the 1999 Oscar-nominated movie “Life”, starring Eddie Murphy, Obba Babatunde and Martin Lawrence. This comedy crime drama had six award nominations, including one for the Oscar Best Make-up, and won one.

Kenn was raised in Longview alongside his brothers Forest and Damon, and sister Deborah, by their parents Forest Steven Whitaker and Laura Francis Smith; eventually, the family moved to Carson, California. He had an interest in acting from an early age, but he was also a good student, so he’s well educated.

He attended Palisades Charter High School, and upon matriculating in 1981, he enrolled at the University of California, Los Angeles (UCLA), from which he graduated with a BA in 1985. He then returned home to Carson, and worked various jobs, trying to fullfil his dream of becoming a famous Hollywood actor, so moved to Los Angeles, California, and started auditioning.

Kenn made his acting debut portraying Bus Guard 2 in the 1997 movie “Most Wanted”, alongside Keenen Ivory Wayans, Robert Kotecki and Jon Voight, followed by his minor role as Second Smoking Man in an episode of the series “Tracey Takes On…”, before he was cast to play Henchman #1 in the 1998 Oscar-nominated movie “Bulworth”.

This romantic comedy drama, starring Warren Beatty, Kimberly Deauna Adams and Halle Berry, written and directed by Warren Beatty, had 20 award nominations, including one for the Oscar Best Writing, Screenplay Written Directly for the Screen, won just one award, but was well accepted by the public and the critics.

In 1999, Kenn made an appearance as Detention Center Guard in an episode of the series “Party of Five”, and then he portrayed Isaac in “Life”, followed by his role as Otis in “The Theory of the Leisure Class”, a mystery crime drama, written and directed by Gabriel Bologna.

Kenn’s last role was as Ben Forchet in the 2001 movie “Last Days”, starring alongside Gabriel Jarret and Kenneth White, in this crime drama, and it seems that the movie title foresaw the last days of his acting career. After this role, Kenn completely withdrew from the movie industry and public life.

He has no social media accounts, and information about his present life and work remain unrevealed; some rumors said that he couldn’t stand being in his brother’s shadow, since Forest became popular and one of the best paid Hollywood actors, seemingly ‘stealing’ Kenn’s dream.

There were various rumors concerning Kenn’s love life while he was in the limelight, however, he hasn’t spoken about his relationships, and after he stopped acting, he hasn’t shared any information regarding his love life.

Some rumors were saying that he’s married and has children, but he prefers to keep it a secret; however, these assumptions haven’t been confirmed by him.

As of January 2022, Kenn seems to be single, hasn’t been married, and doesn’t have children.

Kenn is 58 years old, with black hair and dark brown eyes; information about his weight and height are unknown, since he’s a quite secretive person who keeps his private life away from the media’s attention.

According to sources, as of January 2022, his net worth has been estimated at $1 million, mostly coming from his acting in movies and TV series during his short career.

Who is Forest Whitaker?

Kenn’s brother, Forest Steven Whitaker Jr., was born under the zodiac sign of Cancer on 15 July 1961, in Longview, Texas USA; he holds American nationality and his ethnicity is African-American. He’s a director, producer, and an actor with nearly 150 credits to his name, perhaps known best for his roles in movies such as “The Last King of Scotland”, “Black Panther”, “Lee Daniels’ The Butler”, and “Battlefield Earth”, among others; certainly his most significant role was as Idi Amin in “The Last King of Scotland”, which brought him the 2007 Oscar for Best Performance by an Actor in a Leading Role.

Forest attended Palisades Charter High School, from where he earned his football scholarship upon matriculating in 1979, and enrolled at California State Polytechnic University, however, he injured his back, and then he transferred to Thornton School of Music at UCLA to study opera. Eventually, he was accepted into the university’s Drama Conservatory, and in 1982 graduated with a BFA in acting.

He made his acting, uncredited debut in 1982 in an episode of the series “Making the Grade”, however, then in the same year, he made his first appearance on the big screen portraying Gowdy’s Bodyguard in the movie “Tag: The Assassination Game”, acting alongside Linda Hamilton, Robert Carradine and Kristine DeBell.

In the early ‘80s, Forest had numerous minor roles in series and movies, before he was cast to play Cuffey in the 1985 TV mini-series “North & South: Book 1, North &South”, an historic romantic drama created by Douglas Heyes, which had 11 award nominations and won three, including one Primetime Emmy; Forest reprised his role in the sequel of the series in 1986.

In the same year, he was cast to play Amos in the Oscar awarded movie “The Color of Money”, starring Tom Cruise, Paul Newman and Mary Elizabeth Mastrantonio; the movie had 10 award nominations and won three, including the Oscar for Best Actor in a Leading Role (Paul Newman).

In the following years, Forest acted in “Platoon”, “Hands of a Stranger”, and “Stakeout” before cast to play Edward Garlick in the Oscar-nominated movie “Good Morning, Vietnam”, starring alongside Robin Williams and Tom T. Tran; the movie had 11 award nominations, including the Oscar nomination for Best Actor in a Leading Role (Robin Williams), and won seven.

In 1988, Forest portrayed Charlie ‘Bird’ Parker in the Oscar-awarded movie “Bird”, starring alongside Michael Zelniker and Diane Venora, and besides the Academy Award Best Sound, the movie had another 10 wins, and Forest won Cannes Film Festival Best Actor Award, and Sant Jordi Award Best Foreign Actor, while he was nominated for the Golden Globe Award Best Performance by an Actor in a Motion Picture – Drama.

After this role, Forest rose to stardom, and in the early ‘90s his roles followed one another – he starred in “A Rage in Harlem”, “Downtown”, “Diary of a Hitman”, “The Crying Game”, “Bank Robber”, and “Body Count”, among many others.

In 2000, he portrayed Ker in “Battlefield Earth”, starring alongside John Travolta and Barry Pepper, followed by his roles in “Four Dogs Playing Poker”, “Green Dragon”, and “The Fourth Angel”, before he was cast to play Idi Amin in the 2006 movie “The Last King of Scotland”, a biographic historical drama based on the events of the Ugandan dictator Idi Amin’s regime; Forest starred alongside Gillian Anderson and James McAvoy.

Speaking about his television roles, he portrayed Curtis Ames in the popular series “ER”, starring George Clooney, Anthony Edwards, and Julianna Marguiles, which had 370 award nominations and won 156, including 23 Primetime Emmys, and he also portrayed Jon Kavanaugh in another popular series, “The Shield”.

In the late 2000s, he appeared in numerous movies, such as “The Air I Breathe”, “Street Kings”, “Powder Blue”, and “Our Family Wedding”, among others, before he portrayed Ali Sokhela in the 2013 movie “Zulu”, starring alongside Orlando Bloom and Conrad Kemp.

In the following years, the number of his roles increased so that the list is too long to enumerate, so we will mention some of his most notable, such as his roles in “Burden”, “Black Panther”, and “How It Ends” in 2018, and then in “Finding Steve McQueen” in 2019. His most recent roles have been in “Jingle Jangle: A Christmas Journey”, and “Respect”, in 2021.

His fans can see him on television in the series “Godfather of Harlem”, broadcast from 2019, with Forest portraying Ellsworth ‘Bumpy’ Johnson, a gangster who makes his way in Harlem during the ’60s; this crime drama is a spin-off from the movie “American Gangster”, and had 11 award nominations, winning two, including a Primetime Emmy.

Speaking about his personal life, Forest was in a marriage with actress Keisha Nash, from 1996 until 2018, when he filed for the divorce citing irreconcilable differences; they have two daughters together, namely Sonnet and True, while Forest has a son Ocean Alexander from his previous relationship, and is stepfather to Keisha’s daughter Autumn.

After the divorce, Forest was in a relationship with Raye Dowell, an actress known for her role in “Malcolm X”, however, it seems that as of January 2022, he’s single.

Forest is 60 years old, with black hair and dark brown eyes; his trademark is his left eye, which can’t be open fully, since he was born with the condition called ptosis, although he was thinking about the surgery, he hasn’t proceeded. He weighs around 165lbs (75kgs) and is 6ft 1in (1.88m) tall.