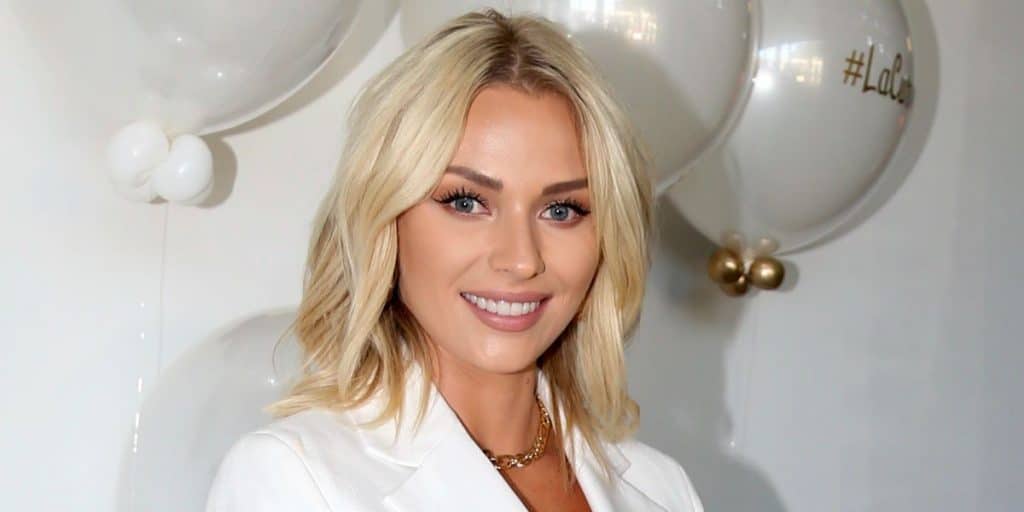 Who is Irina Baeva?

Irina Vitalevna Baeva was born in Tula, Russia, on 25 October 1992 – her zodiac sign is Scorpio, and she holds Russian nationality. She’s a model and an actress, who’s perhaps known best for her portrayal of Jimena Ortiz in the action adventure drama series “El Dragon: Return of a Warrior”, created by Arturo Perez-Reverte, and which starred Sebastian Rulli, Renata Notni and Manuel Balbi. It follows Miguel Garza who was sent from Mexico to Japan when he was a kid, because his parents were murdered, while he has now returned home, and has become the leader of his family’s cartel; the series aired in 2019 and 2020.

Irina’s also known for being the fiancée of Gabriel Soto, a famous Mexican actor and model.

Irina was raised in Moscow, Russia by her parents, about whom nothing’s known as they prefer to stay away from media; Irina hasn’t mentioned having any siblings, but it’s said that she has a sister.

She attended a local elementary school in Moscow, and became interested in modelling when she was around nine years old. Irina and her peers often bought girly magazines to look at the pictures of famous models, and they all wanted to become either models or actresses. Upon enrolling at a local high school, Irina became a member of the school’s drama club, and appeared in several plays performed there. She enjoyed watching Mexican telenovelas at home, and this way learned Spanish.

Upon matriculating in 2010, she enrolled at Moscow State University to study journalism and public relations, however, Irina quit after two years and moved to Mexico City to pursue her acting career; she enrolled at the Centro de Educacion Artistica of Televisa upon arriving, at which she studied acting.

Irina made her debut TV series appearance in 2015, when cast to play Katia in 13 episodes of the romantic drama “Italian Bride”; it starred Livia Brito, Rose Ron and Isela Vega, and follows an Italian girl and her younger sister who have moved to Mexico, while the older sister has married a man who can cover all of their needs. The series won two awards.

Irina gained recognition with her following role, when she portrayed the main character Daniela in the popular drama “Passion and Power”; it also starred Jorge Salinas and Fernando Colunga, and follows two rival businessmen who have fallen for the same woman. In 2016 and 2017, she appeared in 139 episodes of the romantic drama “Along Came Love”, in which she starred alongside Gabriel Soto, which was how the two met. In 2017, she made a guest appearance in an episode of the comedy “Renta Congelada”, as well as in the episode “El Club de Los 33” of the comedy “40 y 20”.

In 2017 and 2018, we saw her star as Natalia in the drama “Me Declaro Culpable”, which also starred Daniela Castro and Mayrin Villanueva, and follows Alba who has been accused of euthanizing her husband, while she now seeks help from the lawyer Franco.

Irina’s only other role, besides in “El Dragon: Return of a Warrior”, was in the drama “Soltero con Hijas”, which starred Gabriel Soto, Vanessa Guzman and Pablo Montero, and follows the womanizer Carlos who has to take care of his three orphaned nieces, while he has now fallen in love with his neighbor Victoria who’s helping him. The series aired in 2019 and 2020, and was nominated for three awards.

She has made a guest appearance in a number of talk-shows, such as “MQB: Mira Quien Baila”, “La Jugada” and “La Jugada del Mundial”.

Irina’s an Instagram star too, as she’s today followed by more than 3.3 million people on the network, while she’s uploaded close to 2,500 pictures, most of which have been taken during her everyday life, as well as during her modelling photoshoots.

She launched her Twitter account in June 2010, and has since tweeted over 12,000 times, while she’s today followed by close to 160,000 people; Irina’s mostly using Twitter to share the details of her everyday life with her fans.

She’s also a Facebook star, as her account’s today followed by over 300,000 people.

Irina doesn’t have her own TikTok account, however, many videos featuring her have been uploaded onto the network, and these have been watched over 68 million times.

In 2017, Gabriel and his now former wife Geraldine Bazan revealed that their marriage was over; the two had been together for 10 years, and share two daughters.

Not long after this announcement, Gabriel began dating Irina, and since then, there have been rumors circulating the internet, claiming that Gabriel was cheating on Geraldine with Irina when they were still married. Irina has stated in various interviews that she didn’t start dating Gabriel until he had separated from his wife, and that she had nothing to do with their divorce. Most recently, in January 2021, Gabriel and Irina announced that they were engaged.

Prior to meeting Gabriel, from 2014 to 2017 Irina was in a relationship with the Venezuelan actor Emmanuel Palomares, and she also dated the Mexican producer and director Jose Alberto Castro for a couple of months in 2017.

As of October 2021, Irina’s engaged to Gabriel Soto, hasn’t married and doesn’t have children.

She’s physically highly active, and her Instagram account is filled with pictures which feature her working out at the gym; Irina has four to five training sessions every week, and is also following a strict diet, thus her slim figure.

She’s passionate about travelling, and has been to various Mexican cities, as well as to a couple of US states and several European countries; her dream travel destination is Miami in Florida.

Summer is Irina’s favorite season, as she enjoys showing off her body at the beach, swimming in the ocean and playing beach volleyball.

She’s a fashionista and a shopaholic, as she goes shopping for clothes several times every week,  mostly buying clothes to wear while at the gym.

She likes to watch Hollywood movies late at night, and her favorite actor and actress are Leonardo DiCaprio and Kate Winslet, while a couple of her favorite films are “Titanic”, “Catch Me If You Can” and “The Eternal Sunshine of the Spotless Mind”.