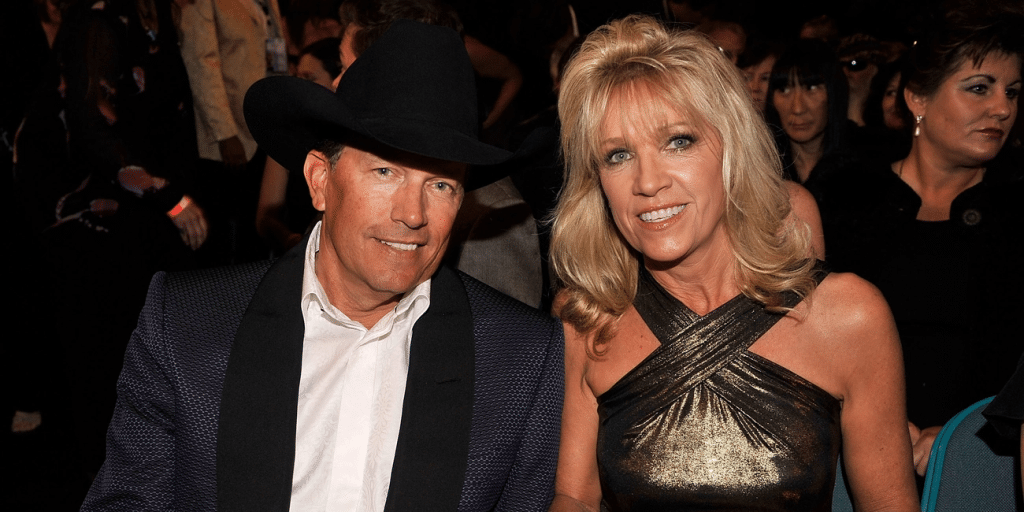 Who is Norma Strait?

Norma Voss was born on 18 May 1952 under the zodiac sign of Taurus, in Pearsall, Texas USA. She is a 69-year-old celebrity wife, best recognized for being the wife of the King of Country Music George Strait.

How rich is she, as of now? Norma Strait Net Worth

As of early 2022, apparently Norma has minimal independent wealth, since information about her professional career remains a mystery. However, it’s assumed that she enjoys the wealth of her husband George Strait, who has accumulated a fortune estimated at over $300 million through his successful career in the music industry, as one of the best-selling music artists of all time.

A post shared by The Nash Country Music News (@thenashnews)

Norma Strait spent her early years in her hometown of Pearsall, located in Frio County, southwest of San Antonio in Texas, where she was raised by her parents; however, there is no information about their names and professions, and it’s also unknown whether she has siblings or not. She holds American nationality, belongs to White Caucasian ethnic group, and is a Christian. Norma hasn’t shared any details regarding her education, except that she attended Pearsall High School.

Norma Strait and George Strait have known each other for a whole lifetime, since they grew up in the same town; he once revealed that she was the first girl he ever loved. They started dating while in high school, and eventually walked down the aisle at a ceremony held in Mexico on 4 December 1971. They later held a formal ceremony in a church in Pearsall for their family and friends. She gave birth to their daughter named Jenifer Lynn on 6 October of the following year, and welcomed their second child, son George ‘Bubba’ Strait Jr., on 14 May 1981.

Unfortunately, they tragically lost their 13-year-old daughter Jenifer in a car accident near their home in San Marcos, Texas in 1986.

Following her death, they established the Jenifer Lynn  Strait Foundation, which donates money to children’s charities in the San Antonio area. Their son is a graduate of Texas A&M University, and a Professional Rodeo Cowboys Association team-roping competitor. The two became grandparents in February 2012 when their son and his wife Tamara welcomed a son named George Harvey Strait III. Four years later, Tamara gave birth to their granddaughter named Jilliann Louise Strait. In December 2021, Norma and George celebrated 50 years of marriage.

Who is her husband? George Strait Short Wiki/Bio

George Harvey Strait Sr. was born on 18 May 1952 under the zodiac sign of Taurus, in Poteet, Texas USA.

He was raised near Pearsall by his father John Byron Strait Sr., who was a junior high school mathematics teacher and cattle ranch owner, and Doris Jean Couser. His parents divorced when he was in the fourth grade, and he stayed to live with his father and brother John Strait Jr. He became interested in music while in Pearsall High School, where he performed in a rock’n’roll garage band. His music style initially copied The Beatles, until he turned to country stars such as George Jones, Hank Williams, and Hank Thompson, as well as Frank Sinatra. From 1971 to 1975, he served in the US Army, also performing with a band called Rambling Country.

While in college, George joined the country band Stoney Ridge, renamed it to the Ace in the Hole Band, and became the lead. They quickly became popular in Texas, and recorded several singles, but never achieved major success. They were turned down by every record label, so that he even considered giving up music, but Norma convinced him to give it another try. Not long afterwards, he signed a contract with MCA record label in 1981, and the band remained with him performing as his backup and touring band.

His first single “Unwound” out came later that year and was a massive hit, reaching No. 6 on the Billboard Hot Country Songs chart, which led him to release his debut studio album “Strait Country”. It peaked at No. 26 on the Billboard Top Country Albums chart, and eventually achieved platinum certification from the Recording Industry Association of America (RIAA).

In 1982, George released his second studio album “Strait From The Heart”, which received positive reviews and spawned his first number-one single – “Fool Hearted Memory”. He then released 17 number-one albums, from “Right Or Wrong” (1983), “Does Fort Worth Ever Cross Your Mind” (1984), which was certified platinum by the RIAA and awarded with a CMA Award for Album of the Year, and “Something Special” (1985) with the lead single “The Chair” that topped the Billboard Hot Country Singles charts.

In 1991, George Strait recorded the album “Chill Of An Early Fall” with two singles “If I Know Me” and “You Know Me Better Than That”, both of which topped the charts. His next major success came in the following year, when he recorded the soundtrack album for the drama film “Pure Country”, which became his most commercially successful album, with more than six million copies sold worldwide, reaching No. 1 on the Billboard Top Country Albums chart, and No. 6 on the Billboard 200 chart.

His next four albums, entitled “Lead On” (1994), “Blue Clear Sky” (1996), “Carrying Your Love With Me” (1997), and “One Step At A Time” (1998), all topped the former chart, with “Carrying Your Love With Me” topping the Billboard 200 for the first time in his career. These albums spawned eight number-one hit singles, including “I Just Want To Dance With You”, “Carried Away”, and “One Night At A Time”, to name a few. Concurrently with working on them, he released his box set album “Strait Out Of The Box” in 1995, which became the best-performing country music box set in music history, and was certified eight-times platinum by the RIAA.

Throughout the 2000s, George released six studio albums and all of them topped the Billboard Top Country Albums chart, including “The Road Less Traveled” (2001), “Somewhere Down In Texas” (2005) – which also peaked No. 1 on the Billboard 200 and received platinum certification – and “Troubadour” (2008), which won his first Grammy Award for Best Country Album.

He started the next decade with the album “Here For A Good Time” that produced two number-one hit singles, “Here For A Good Time” and “Love’s Gonna Make It Alright”. His next album “Love Is Everything” was distributed in 2013, followed by the album “Cold Beer Conversation” in 2015. His most recent album was his 30th, entitled “Honky Tonk Time Machine”, which was put out in 2019.