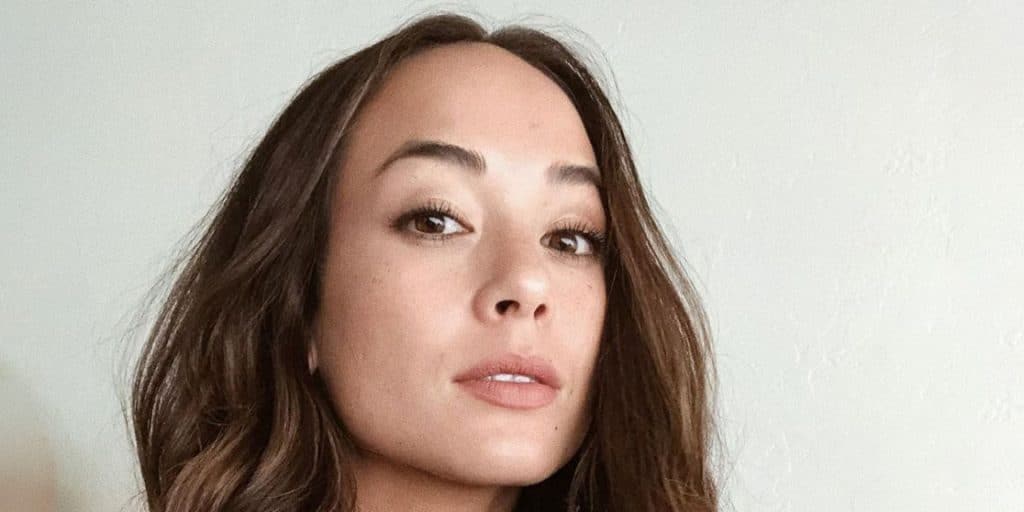 Who is Andrea Thoma?

Andrea is an American doctor of physical therapy, and a fitness instructor, but is best known to the world as the wife of American actor Grant Gustin.

Andrea La Thoma was born on 11 July 1988 under the Cancer zodiac sign, in Ohio, USA. Of Malaysian ancestry, she is the daughter of James Thoma and his wife Judy, one of four children with has two brothers, Christian and Jonathan, and sister Louise Thoma.

She went to Saint Thomas Aquinas High School, during which time she became active in various sports, winning awards and setting records both as an individual and as a part of the team.

Andrea’s main interests were soccer and track and field events, however, after a serious injury, she had to give up on a professional sports career. She still received several awards, including being named as the 19th player to have scored multiple goals in a single soccer game, and was named into the Academic All-Mac Team.

Before she reached California, Andrea worked in Connecticut and Virginia as a therapist for a few years.

However, she made a career leap when she moved to California, and set her headquarters in Sunnyvale.

Andrea launched her Instagram page, on which she posts her fitness routines and various exercises for all body parts, and cardio as well. She has since become famous and has more than 750,000 followers on Instagram, many of whom are her clients.

Moreover, Andrea has launched the DareToBeActive professional fitness program, intended for people who want to lead a healthy lifestyle. Her services include a special workout program, and diet regime.

Her popularity increased further when her relationship with Grant Gustin became public knowledge, and became a star like her husband, which she used to expand her career.

She launched her YouTube channel in 2019 and since then has already amassed over 65,000 subscribers. Just like her other media outlets, this one is also used for the promotion of her work, and her videos have had more than 2.5 million views.

Some of her most popular videos include “10 Minute Active Stretch – No Equipment, full body, warm up or cool down”, with more than 425,000 views, then “20 Minute Full Body Burn – No Equipment w/ modifications & proper from cues!”, with over 255,000 views, and “10 Minute Lower Body Beginner Workout – Lower Body workout for beginners”, which has been viewed just over 140,000 times, among many other videos related to fitness that have only increased her popularity.

As of early 2022, Andrea Thoma’s net worth has been estimated to be around $5 million, earned through her successful career as a professional fitness trainer.

Andrea and Grant met at a dinner party that was organized by Sabah, a tourism establishment on 23 December 2016. Less than a year later, Grant proposed to her, and the wedding ceremony was held on 15 December 2018.

Since then, the two have welcomed daughter Juniper Grace Louise Gustin, born on 17 August 2021.

He went to Granby High School, during which time he also attended the Governor’s School for the Arts program in Norfolk for musical theater. He then went to Hurrah Players Incorporated, a theater organization headquartered in Virginia.

After high school, Grant enrolled at Elon University in North Carolina, where he studied under the school’s BFA Music Theater Program for two years before his career took off.

Grant made his acting debut in 2004 in the film “Rain”, but it wasn’t until 2010 that he made another appearance, when selected for the role of Baby John in the Broadway Revival Tour of “West Side Story”. He toured with the production until 2011 when he was selected for his first major role, as Sebastian Smythe in the TV series “Glee”, and in two years, appeared in seven episodes of the popular series.

Outside of the ‘DC Universe’, Grant has appeared as Campbell Ogburn in the comedy-drama film “Krystal” in 2017, and is now working on the upcoming drama film “Rescued by Ruby”, scheduled for premiere late in 2022.

Before he started dating Andrea, Grant was in a relationship with Hannah Douglas, but their romance ended in the mid- 2010s.

He’s an animal lover and with his wife has three pet dogs, Nora, Jett and Rookie.

According to authoritative sources, Grant Gustin’s net worth has been estimated to be around $6 million, as of early 2022, earned through his successful career as an actor.