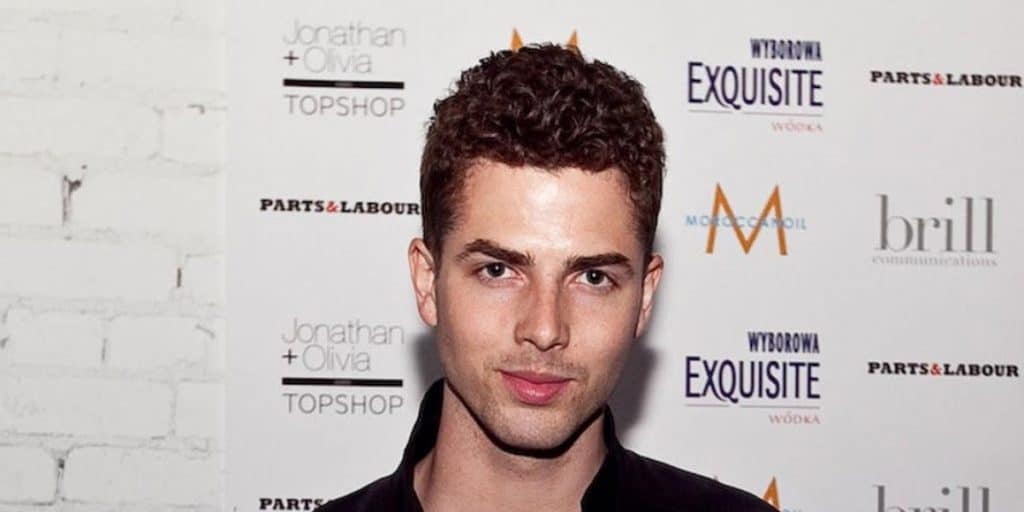 Jesse Giddings is a famous three-time Emmy Award-nominated Canadian TV host, producer, photo-journalist, actor, and musician who travels the world during his free time, taking photographs and shooting documentaries for Fox, CBS, ABC, and many others.

Born under the Libra zodiac sign on 5 October 1984, in Langley, British Columbia, Canada, Jesse Giddings is 37 years old as of 2021. He was raised alongside his brothers Curtis and Joel Giddings in Langley, by their parents who are of the Caucasian ancestry but whose names are not available on the internet. Jesse attended Langley Secondary School and upon his matriculation, he moved to San Clemente, California, and later settled in Sacramento, California.

After a few years, he returned to British Columbia and started The Basement Venue hosting, emceeing, and promoting.

Giddings joined the Swingset Championship indie band and there met Sherwood. They later joined Cobra Starship, The Rocket Summer, The Academy Is…, and Armor For Sleep to do a North American tour. Subsequently, he partnered with We Shot The Moon, and did a brief stint with them. After their tour, Jesse went to Calgary and was hired by Lakota Drilling, and worked as a roughneck as he pursued other jobs.  He shortly afterward went to Toronto, looking to join MuchMusic in 2009.

MuchMusic’s audition took nine months, having to model for that time before he was taken on, selected from the thousands of contestants, having captured the station’s producer’s attention. Jesse began his VJ job at MuchMusic in October 2009, and soon afterwards started co-hosting in MuchMusic’s New.Music.

Live flagship show. He is credited with co-hosting MuchMusic Video Awards (2012) with LMFAO, after hosting the same event together with Selena Gomez in 2011.

As a musician, Giddings has worked with several producers including Gavin Brown to complete his solo album.

Additionally, he has hosted a dozen WeDay events that have been held across Canada, being a big supporter of Free the Children – in the last three years, he’s co-hosted these events with personalities such as Nina Dobrev and Joe Jonas, with speakers such as Archbishop Desmond Tutu, Magic Johnson, Martin Sheen, and many others. WeDay is one of North America’s largest non-profit motivation events created for youths, and Jesse is dedicated to the cause of helping under-privileged people;  he recently visited Kenya to help build a school for the community. He is also famous for co-hosting X-Factor USA’s Pepsi Preshow.

In August 2013,  it was reported that Jesse, the founder of the Basement Venue Firm, would be joining E! News as a correspondent.

Although he’s inactive on Facebook, Giddings is active on Instagram with over 55,000 followers. He joined Twitter in 2009, and is now followed by close to 30,000 fans. He uses his online fame to update his fans about his recent career endeavors, as well as sharing his photos and other day-to-day details with his fans.

Jesse is happily married to his former longtime girlfriend, Hannah Simone, a Canadian TV host and actress, popularly known for playing the role of Cece in the sitcom “New Girl,” which aired on Fox. The duo met in 2012 and exchanged their wedding vows four years later in a ceremony attended only by family members and close friends.

They didn’t disclose the location of their wedding, however, the couple shared their wedding photos with their fans through their Instagram pages. Prior to their marriage, Giddings kept details regarding his love life away from the public eyes, only to reveal later that he’d married his longtime girlfriend.

One year after their marriage, the couple announced that they were expecting their first child in April 2017, and Simone gave birth to a boy, but they’ve kept his name under wraps. The duo is allegedly living a happy life together in Los Angeles, California.

Jesse is a multi-talented personality who has made a name for himself and thereby accumulated a modest fortune from his singing, TV and photography careers. He also worked briefly as a model, which contributed to his total earnings. As of 2021, he is authoritatively worth over $1.5 million. On the other hand, his wife Hannah is reputedly worth close to $3 million.

Hanna Simone is a famous Canadian TV host, former VJ, and actress, born on 3 August 1980, in London, Ontario, to her parents who are of Indian and English descent. She was raised alongside her brother Zach Simone in Calgary – their family moved a lot when she was growing up.

She studied at American Embassy School, New Delhi before she matriculated to the University of British Columbia, from which she graduated with a bachelor’s degree in Political Science and International Relations. She also attended Ryerson University, and graduated in 2005 after working in Hounslow, UK, as a refugee and human rights officer for the United Nations.

Hannah made her TV show debut in 2005, when she appeared in the series “Kelvin Hill.” She featured in the crime drama show ‘Kojak” during the same year, before making her career breakthrough with the starring role of Cece Parekh in the hit series “New Girl.”

As a VJ, she hosted the first season of HGTV Canada’s “Pace for Living” before working as a news presenter for MuchMusic, and later the NewMusic’s host. She also co-hosted Syfy’s “WCG Ultimate Gamer ” alongside Joel Gourdin.