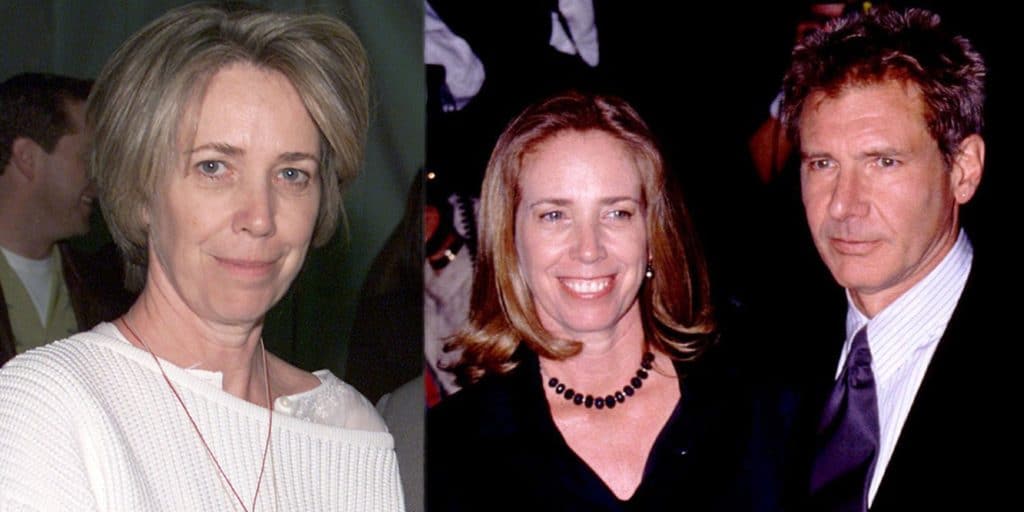 Who is Mary Marquardt?

Mary was born in 1945 in the United States. She is a professional chef, who has worked in prestigious restaurants such as Ford Filling Station in Los Angeles, California, but Mary is probably known best to the general public for being the first wife of the actor Harrison Ford.

After matriculating high school in 1963, Mary enrolled at the prestigious liberal Ripon College in Wisconsin, where she met her future husband. She studied Culinary Arts with a minor in philosophy, receiving her Bachelor’s degree in 1967. It’s also revealed that Mary was one of the most popular cheerleaders during her college days.

After graduating, she worked hard on becoming a professional chef, and wanted to eventually become a restaurant owner herself, however, there is limited information available on her early career trajectory.

When Mary met Harrison in college, he was a long way from being famous. Apparently, he was only taking interest in drama classes to get over his shyness, but eventually became more invested in acting. Mary was very supportive of Harrison during his early career, even when he was struggling to land any kind of roles. She encouraged him to travel to Los Angeles to apply for a job of a radio voice-over artist, and while he didn’t land the job, Harrison did sign a deal with Columbia Pictures’ talent program.

As Harrison was still struggling to find acting jobs, he briefly worked as a carpenter to support Mary and their two children. Ironically, his work helped him build connections in the film industry, and he started getting more prominent roles in the 1970s.

Unfortunately Harrison’s newfound fame put a toll on his and Mary’s marriage. As he became one of the most popular actors in the US after starring in “Star Wars”, the couple were often followed by rumors of Harrison’s infidelity. It was reported that Mary had caught her then-husband in bed with another woman, which led her to file for divorce in 1978, finalized in the following year. The identity of the woman Harrison was allegedly having an affair with was never revealed, but a lot of people have raised suspicion that it may have been his “Star Wars” co-star, Carrie Fisher.

Today, Mary uses her culinary expertise to help her son Benjamin run his restaurant in The Marriott, Los Angeles, along with a gastropub located in Los Angeles International Airport. Her younger son, Willard, is a business owner as well, running the martial arts Strong Sports Gym, and is also the owner of the Ludwig Clothing Company, and co-owner of the Kim Sing Theatre.

While not a lot is known about Mary’s post-divorce life, since she disappeared from the public eye, it appears that she hasn’t remarried, but has stayed on friendly terms with her ex-husband. Recently, news broke that Mary’s suffering from Multiple Sclerosis, an incurable and potentially disabling disease of the central nervous system, which causes permanent damage or deterioration of the nerves.

Following the news of Mary’s illness, rumors about her death started circulating online, which have since been proven untrue.

Harrison Ford was born in Chicago, Illinois USA, on 13 July 1942 – his zodiac sign is Cancer, and he holds American nationality. He’s an actor, whose most memorable roles include Han Solo in the “Star Wars” film series, the Indiana Jones series, and in the Jack Ryan franchise.

Harrison grew up in the Des Plaines neighborhood of Chicago, the son of a homemaker and an advertising executive. He matriculated from a local high school in 1960, and then enrolled at Ripon College in Wisconsin, where he studied English and philosophy. During his time there, he discovered his talent for acting by taking drama classes which were supposed to help him become less shy. Ford never finished his degree as he dropped out of college after his sophomore year.

After leaving college, Harrison tried to make a breakthrough as an actor, but was initially unsuccessful. He started working as a carpenter to support his family, and through the job, he met the famous movie director George Lucas, who cast him in his 1973 drama “American Graffiti”. He also worked for Francis Ford Coppola, both as a carpenter and an actor, appearing in his movies “The Conversation” (1974) and “Apocalypse Now” (1979).

Harrison finally made his major breakthrough as an actor in George Lucas’ legendary sci-fi drama “Star Wars”, playing the role of Han Solo. His portrayal of the character earned him praise from the audience and critics alike, and he became a high-profile Hollywood actor.

In 1981, he starred as Indiana Jones in “Raiders of the Lost Ark”, directed by Steven Spielberg, which was a major commercial success, and spawned several sequels including “Indian Jones and the Temple of Doom” (1984) and “Indiana Jones and the Last Crusade” (1989). In 1982, Harrison played the title character in the cult-classic sci-fi thriller “Blade Runner”, directed by Ridley Scott.

He also starred in numerous drama films during the 1980s, most notably the 1985 drama “Witness”, which earned him his first Academy Award nomination.

In the following year, he starred alongside River Phoenix and Helen Mirren in “The Mosquito Coast”, directed by Peter Weir. Although the project was a failure from a commercial standpoint, Harrison earned praise for his portrayal of an offbeat inventor, and his performance proved that he could take on more complex roles.

In 1992, Harrison returned to playing action heroes, starring as the CIA (Central Intelligence Agency) agent Jack Ryan, in “Patriot’s Games”, based on a series of novels by Tom Clancy, reprising the role in the 1994 sequel “Clear and Present Danger”. By this time, he was one of the most sought out and highest-earning actors in Hollywood.

By the early 2000s, he was taking on fewer film roles. After a series of less successful projects, in 2006, Harrison reprised the role of Indiana Jones in the action adventure “Indiana Jones and the Kingdom of Crystal Skull”, which became a huge box-office hit, grossing more than $780 million worldwide. Eleven years later, we saw him reprise another iconic role, playing older Han Solo in “Star Wars: The Force Awakens”.

In 2019, he had his first voiceover role in the animated comedy film “The Secret Life of Pets 2”, followed by a role of a CGI canine in the 2020 movie adaptation of Jack London’s novel “The Call of the Wild”.

From 1983 until 2004, Harrison was married to scriptwriter Melissa Mathison, and since 2010, has been married to the actress Calista Flockhart. They have one adopted son, named Liam, and reside together on Harrison’s ranch in Jackson, Wyoming. He’s known as one of the most secretive Hollywood actors, living his life away from the media’s attention.

As of February 2022, his net worth has been estimated at more than $300 million.