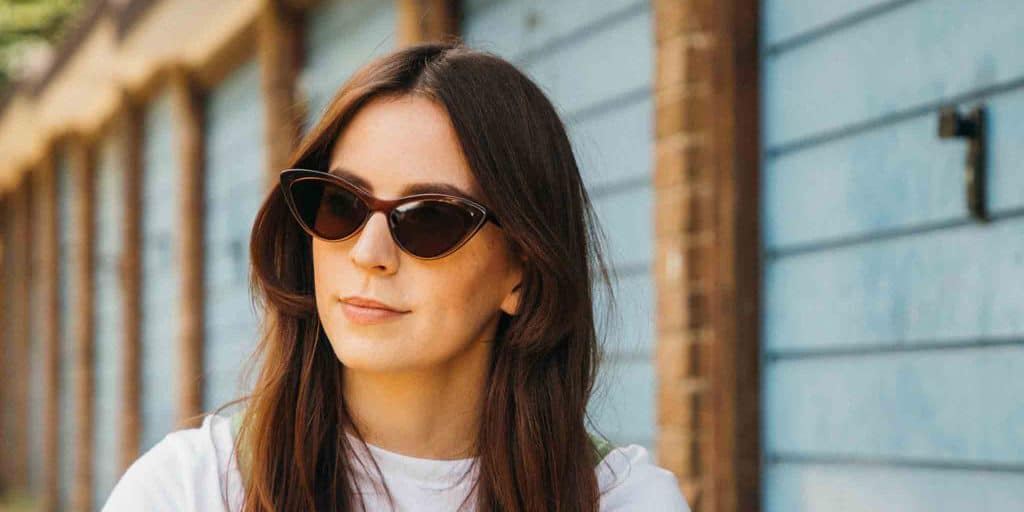 Who is Gemma Styles?

Gemma Anne Styles was born in Evesham, Worcestershire, England, on 3 December 1990 – her zodiac sign is Sagittarius, and she holds British nationality. She’s a freelance journalist and a podcaster, but who’s probably known best for being the older sister of Harry Styles, a famous British musician and actor.

Gemma was raised in Evesham alongside Harry, by their father Desmond ‘Des’ Styles, who was a finance worker, and their mother Anne Twist (nee Selley) who’s a TV personality. Her parents divorced when Gemma was 10 years old, and her mother went on to marry the businessman John Cox, whom she eventually divorced as well.

In 2013, Anne married Robin Twist, who passed away in 2017 after having fought cancer for several years. Gemma also has a step-sister named Amy, and a step-brother named Mike.

After her parents divorced, she lived with her mother and brother in Holmes Chapel, Cheshire, and there attended Holmes Chapel Comprehensive School. She was interested in various activities during her time there, including creative writing, singing and acting; upon matriculating in 2008, Gemma enrolled at Sheffield Hallam University, from which she graduated with a Bachelor’s degree in genetics in 2012.

Gemma launched her career as soon as she graduated, and gained recognition in May 2015 when she started working as a freelance journalist, for media companies such as MTV UK and The Debrief; thanks to being Harry’s sister, she was also invited to appear in various TV shows, such as “Whine About It” and “The Xtra Factor”.

Since 2021, she ‘s been hosting her own podcast “Good Influence”, in which she’s talking about the people who are working important jobs around the world, without the public even knowing of their existence.

Gemma has given interviews to various magazines, including to “AnOther Man Magazine”, when she talked about her brother before and after he became famous.

Gemma prefers to keep the details of her love life to herself, but has still allowed her fans to have a glimpse into it. It’s widely known that she’s today in a relationship with Michal Mlynowski, a British social media star, who gained recognition on the internet only after he began dating Gemma. They haven’t spoken of when exactly they met, but most of their fans believe that it was sometime in 2018, as it was around that time that Gemma began uploading pictures featuring them together onto her Instagram account. There are rumors circulating the internet claiming that they’re planning to marry and have recently become engaged, but these haven’t been confirmed, nor has Gemma addressed the rumors.

As of November 2021, Gemma’s in a relationship with Michal Mlynowski, hasn’t married, and doesn’t have children.

Gemma’s a social media star, and is followed by close to eight million people on Instagram, mostly thanks to her brother being a famous singer; she’s uploaded over 1,500 pictures onto the network, the vast majority of which have been taken during her everyday life.

Gemma is a fighter for equal rights for all humans, and has worked with various charity organizations; she’s also a huge animal lover, and supports the organization People for the Ethical Treatment of Animals (PETA). Gemma is also the ambassador for MQ Mental Health.

She’s physically quite active, as she does yoga and meditates on a daily basis. Also she’s a vegetarian.

She likes to watch movies late at night, and her favorite actors and actress are Leonardo DiCaprio, Brad Pitt and Angelina Jolie, while a couple of her favorite movies are “Once Upon a Time in Hollywood”, “Meet Joe Black” and “Mr. and Mrs Smith”.

Who is Harry Styles?

Harry Edward Styles was born in Redditch, Worcestershire, on 1 February 1994 – his zodiac sign is Aquarius, and he holds British nationality. He’s probably still known best for having been a member of the popular boy band One Direction, while he’s today focused on his career as a solo musician, as well as an actor.

He became interested in singing after his grandfather gifted him a karaoke machine, while the first song which Harry recorded was “The Girl of My Best Friend” by Elvis Presley.

He studied at Holmes Chapel Comprehensive School, and was during his four years there the frontman of the band White Eskimo, winning with them the competition Battle of the Bands. Harry was 16 when he started working at W. Mandeville Bakery, earning enough to buy music equipment which he needed.

On 11 April 2010, he competed in the music show “The X Factor”, singing “Isn’t She Lovely” by Stevie Wonder. Harry progressed to bootcamp, but was then removed from the show alongside four other boys, but in July 2010, the British TV personality and record executive Simon Cowell got the five boys to form the band One Direction, and in January 2011 they signed a contract with his label Syco Records.

Their debut single “What Makes You Beautiful” topped several charts, while their debut album “Up All Night” was also a huge success, topping charts in the US. The boys then released the albums “Take Me Home” in 2012, “Midnight Memories” in 2013 and “Four” in 2014, all of which peaked at #1 on the UK charts. One Direction went on an hiatus in 2016.

Harry’s debut single “Sign of the Times” was released on 7 April 2017, topping the UK Singles Chart, and peaking at #4 on the Billboard Hot 100 Chart. His debut self-titled album came out in May 2017, topping the charts in several countries, and the same year saw the launch of his acting career, with his portrayal of Soldier Alex in the war movie “Dunkirk”. On 13 December 2019, Harry released his second album “Fine Line”.

Most recently, in 2021 he played Thanos’ brother Eros, in the epic superhero movie “Eternals”.