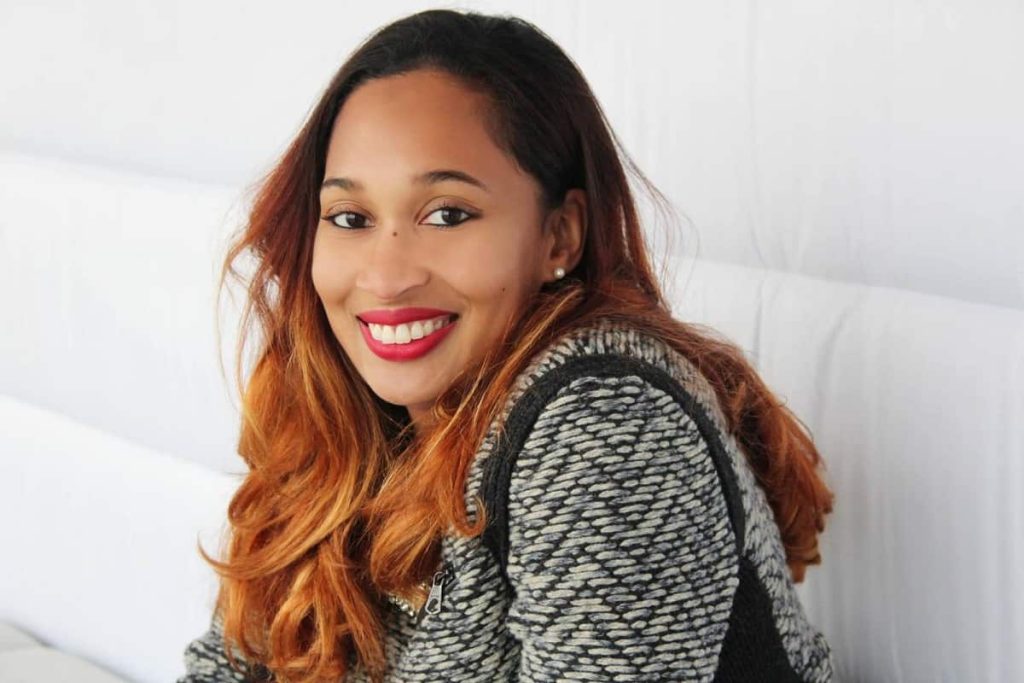 Melissa Heholt was born under the zodiac sign of Libra on 10 October 1987, in New York City, USA; she holds American nationality and her ethnicity is of mixed Mexican and African-American descent. She’s an entrepreneur, but perhaps known best as the wife of the famous rapper J. Cole.

Melissa was raised in New York alongside her three siblings by their parents, however, Melissa hasn’t revealed their names and occupations.

She attended Archbishop Molly High School, and upon matriculating in 2005, she enrolled at Saint John’s University in Queens, New York, from which she graduated with a Bachelor’s degree in Health Administration in 2009. She continued her education, and earned a Master’s in Elementary Education.

Since she was the oldest, she was surrounded by children her whole life, so teaching came naturally to her, which was Melissa first job, working as a teacher, but one year when on a summer vacation, she decided not to go back to her work.

Melissa had an interest in event planning since an early age, which was her hobby, but when she left her teaching career, she started working as an event planner in the lifestyle and marketing agency Team Epiphany, where she stayed for two months.

She realized that she had the essential skills to be a successful event planner, so she founded her own company Statice Events, which operates mostly in North Carolina and Maryland; Melissa said that her idol is elite event planner David Tutera.

Her favorite events are weddings, once saying: ‘When I produce a successful event that my clients and their guests continuously reminisce about, I know I’ve accomplished my goal for that event’, also saying that although she is now a businesswoman, the money isn’t the biggest satisfaction for her, but to enjoy her work.

Melissa is also an executive director of Dreamville Foundation, her husband’s charity organization, based in Fayetteville, North Carolina, which was established in October 2011, and is providing help to those in need, but was also created to help provide special opportunities to the youth within J. Cole’s hometown.

Melissa has no private social media accounts, however, there are her business accounts on Instagram and Twitter.

Melissa met J. Cole while she was at college, and after a few months of close friendship, the two started dating, but didn’t married until almost a decade later – the exact date hasn’t been revealed, however, J. Cole disclosed in 2016 that he’s a married man.

They became parents on 8 December 2016, when Melissa gave birth to their first son, and their second son was born in 2020, but since Melissa and J. Cole prefer to keep their private life away from the media’s attention, their names haven’t been revealed.

As of December 2021, Melissa is still in a marriage with J. Cole, and they have two sons.

Jermaine Lamarr ‘J’ Cole born under the zodiac sign of Aquarius on 28 January 1985, in Frankfurt, Hesse, then West Germany, on an American military base. He holds American nationality, and his ethnicity is of mixed White and African-American descent. J. Cole is a rapper, singer-songwriter, and record producer, perhaps known best for his hit songs such as “Pride is the Devil”, “Love Yourz”, “No Role Modelz”, and “Work Out”, among others.

After graduating, he worked various jobs to provide for himself, as a file clerk, bill collector, salesman for a newspaper, and even as a mascot.

J. Cole released his debut mixtape “The Come Up” in 2007, which wasn’t quite successful, followed by his second mixtape “The Warm Up” in 2009, which came to the attention of the producer Mark Pitts, who worked with a famous rapper Jay Z, J. Cole’s idol, besides whom he listed Nas, The Notorious B. I. G, and Tupac as his top rappers of all time,

His third mixtape – “Friday Night Lights”- was critically acclaimed, and when J. Cole released his debut studio album “Cole World: The Sideline Story” in 2011, he was regarded as one of the most influential rappers at that time.

J. Cole is a co-owner of the Dreamville Records label, with his classmate from college, Ibrahim Hamad; artists who work with the label include Bas, Omen, and Cozz, and duo Earth Gang. The label has released nine albums, three of which have been certified platinum or higher by the Recording Industry Association of America (RIAA).

As mentioned, J. Cole is the founder of the non-profit organization Dreamville Foundation, and one of the things that he has done for the community in his hometown is that he bought his childhood home, which was repossessed from his mother, and turned it into a homestead for single mothers and their children.

J. Cole is active on Instagram – his account has been followed by nearly 7.5 million people, while his Twitter has amassed nearly 15 million followers. His fans can enjoy his music videos posted onto his YouTube channel, which is today subscribed to by 6.5 million fans.