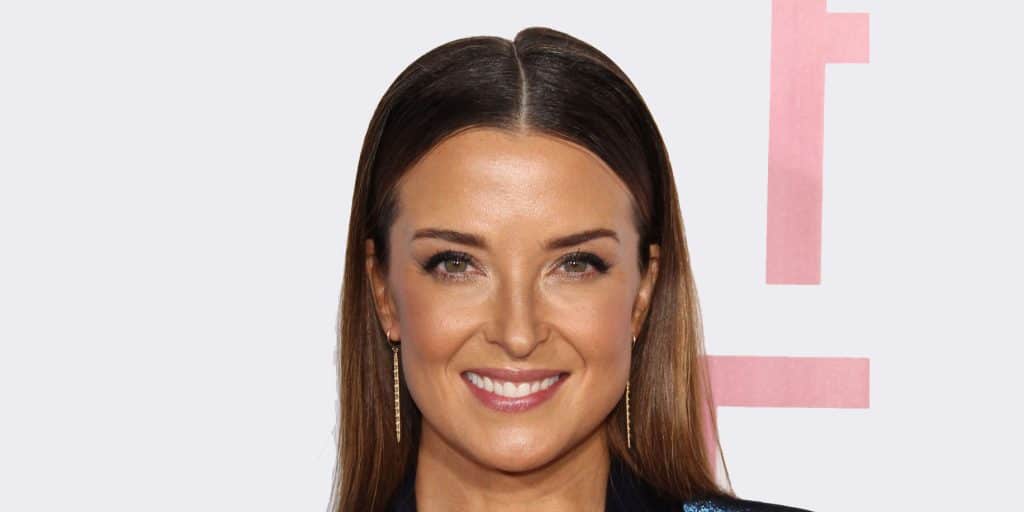 Who is Emily Baldoni?

Emily Baldoni is a Swedish actress, probably best known to the world as Em in the film “Coherence” (2013), and as Julie in the film “Five Feet Apart” (2019), among several other roles that she has secured so far in her career.

Born Emily Malou Fuxler on 3 August 1984 under the Leo zodiac sign, in Uppsala, Sweden, she’s very secretive about her past, and hasn’t shared the names of her parents and whether she has any siblings or not. According to sources, she grew up in her hometown, where she completed high school, then instead of pursuing higher education, Emily moved to Los Angeles in pursuit of an acting career.

Emily launched her career in the mid- 2000s with the role of the Girl in the short film “The Elephant’s Room” (2005). In the second half of the decade, Emily appeared in the TV series “CSI: NY” (2007), then as Lucy in the film “Killer Pad” (2008), and as Bebe in the comedy horror film “Grizzly Park”, written and directed by Tom Skull, and starring Glenn Morshower, Shedrack Anderson III and Susan Blakely. The following year, Emily portrayed Nadja in the romantic fantasy-comedy film “Ghosts of Girlfriends Past”, which starred Matthew McConaughey, Jennifer Garner and Emma Stone, was Tatiana in the romantic comedy film “16 to Life”, and also appeared in the TV series “CSI: Crime Scene Investigation”, “Bones”, and others, all in 2009.

In 2010 she was Sister Nicci in the TV series “Legend of the Seeker”, and also co-starred in the television mystery crime-drama film “Deadly Honeymoon”, and had a guest role in the popular crime-drama series “The Mentalist”.

Emily was gradually becoming more popular with every new role, and she continued her career with television roles in such series as “Rules of Engagement” and “Mad Men” both in 2012, while in 2013 she secured one of her most prominent roles to date, as Em in the award-winning sci-fi mystery drama film “Coherence”, written and directed by James Ward Byrkit, and co-starring Maury Sterling and Nicholas Brendon.

The following year,she was quite busy, first as Nancy Davis in the TV series “Reckless”, then as Olivia Brunson in the TV series “NCIS: Los Angeles”, while she also featured in the TV series “Agents of S.H.I.E.L.D.”. In 2015, Emily made an appearance in the TV series “Jane the Virgin”, then slowed down a bit in the second half of the decade, as she focused on her family life. However, she has still appeared in several recent projects, including the 2018 drama film “Snapshots”, in which she starred with Piper Laurie and Brooke Adams, and in 2019 the romantic drama film “Five Feet Apart”, with Haley Lu Richardson, Cole Sprouse and Moises Arias in the lead roles.

Most recently, Emily appeared in the biopic about a musician who learns about his cancer diagnosis, and puts all effort into releasing an album in the few months that he has left, entitled “Clouds” (2020), with Fin Argus, Neve Campbell, and Sabrina Carpenter in the lead roles. She is now working on the TV series “Shatter Belt”, which is in pre-production and yet to receive its premiere date.

As of early 2022, Emily Baldoni’s net worth has been estimated to be around $1.5 million, earned through her acting career, during which she has appeared in more than 45 film and TV titles.

Emily’s last name comes from her marriage to actor, director and filmmaker Justin Baldoni, with whom he has been married since 2013. The couple has welcomed two children, a daughter Maiya Grace and son Maxwell Roland-Samuel.

Justin Louis Baldoni was born on 24 January 1984, in Los Angeles, California USA, the son of Sam Baldoni and his wife Sharon, of Jewish and Italian ancestry.

Justin was a track and field athlete in high school ,and also served as a disc jockey at a local top-40 radio station. While moving into a new apartment, he encountered a manager who advised him to try himself as an actor, so Justin started attending auditions, and made his debut in 2004 as Ben in the TV series “The Young and the Restless”. Through the rest of the decade, he featured in such projects as the TV series “Everwood” (2005-2006) in which he played Reid Bardem, and as Pat in the drama film “Yesterday’s Dreams” also in 2005. His next popular role was as Todd Brown in the thriller-drama film “Unrequited” (2010), and the same year he portrayed Graham Darros in the soap opera “The Bold and the Beautiful”.

After a few minor roles, Justin secured the role of Rafael Solano in the TV comedy series “Jane the Virgin”, co-starring Gina Rodriguez, Andrea Navedo and Yael Grobglas, appearing in all 99 episodes of the Primetime Emmy Award-nominated series which launched him to stardom. As a director, Justin has worked in such projects as the TV documentary series “My Last Days” (2016-2018), then the TV movie documentary “The CW Presents My Last Days, a Special Event” (2016), and he also directed an episode of the TV series “Jane the Virgin” in 2018. To speak further of his accomplishments, Justin directed the films “Five Feet Apart” in 2019 and “Clouds” in 2020, while he is now working on the documentary film “Laughing at My Nightmare”, and on the romantic sci-fi drama film “Hold Back the Stars”.

Justin is also a producer, and through his Wayfarer Studios, Baldoni has signed production of such projects as the film “AniMen: Triton Force” (2010), then the documentary “Wildlife” (2017), and the TV series “Man Enough” (2017-2018), among several other projects. Justin Baldoni’s net worth has been estimated to be over $1 million, as of early 2022, earned through his career in the entertainment industry as an actor, director and producer. He is known for his philanthropic work too, especially through the Wayfarer Foundation, which every year benefits homeless residents of Los Angeles. They host an annual Skid Row Carnival of Love, which provides resources for employment, education, non-emergency medical care, clothing, food, and others items for more than 4,000 homeless people.