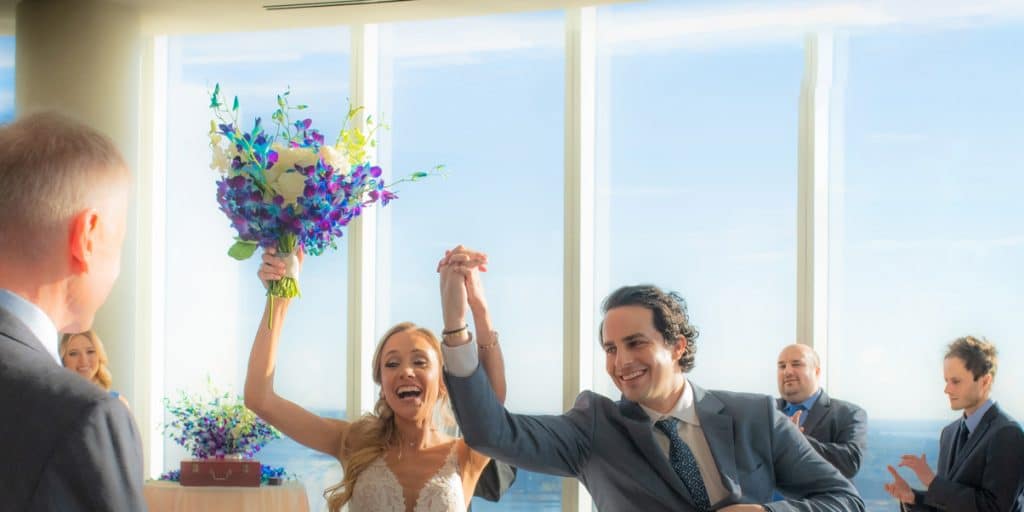 Cameron Friscia was born on 10 August 1987 in the US, making him a Leo. He doesn’t appear to have a second name, and the town and state he was born in isn’t public knowledge. His parents’ names and occupations are unknown, as is any information on whether or not he has any siblings. Cameron went to Choate Rosemary Hall high school

He studied through the US Military School at West Point, from where he earned his degree in science. After the infamous 9/11 attacks in New York City at the World Trade Center, he enlisted in the military, and subsequently served as an Executive Assistant to Brigade Commander, an Assistant Operation Officer, and a Company Executive Officer.

He left the military in 2014,  to become a broker, hired by Merill Lynch Peirce Penner & Smith Inc.

Who is Kat Timpf?

Katherine Clare “Kat” Timpf is a television personality, reporter and libertarian columnist. She was born on 29 October 1988 in Detroit, Michigan USA, making her a Scorpio. She appears in a few Fox News Channels, “The Gutfeld Show” being the most popular. Kat is also the host of “Sincerely, Kat,” a Fox Nation show since June 2019. In 2017, Eboni Williams, Eric Bolling and Kat were co-hosts of “Fox News Specialists.”

Aside from her work at Fox, Kat used to write columns and satirical pieces for “National Review Online,” which led to her receiving death threats in November 2015, following her published satirical comments about “Star Wars” fans. In 2016 and 2017, she posted content to the “Barstool Sports” website, consisting of a weekly podcast called “The Kat Timpf Show,” onto which she invited a different guest every week, and spoke about her own life and other random subjects.

In 2014, she spoke out against bullying. She has very interesting political beliefs, and isn’t at all afraid to share them. Kat is a libertarian who doesn’t believe in unlimited government, instead arguing that the government should not have any involvement in economic policy, and should allow social decisions to be made by individuals.

Kat lives in Manhattan with her husband, Cameron.

Following his graduation from West Point, it is unknown exactly where Cameron was deployed, but Cameron mentioned to “The Bill Handel Show” that in 2012, he was a 101st Airborne member in Khost Province, Afghanistan. Cameron revealed that he was one of the last combat deployments to that area, and witnessed a lot of combat during his time there, “We started… kind of breaking stuff down.” He left the military shortly afterwards.

Cameron now works at investment firm Coatue Management as a research associate. The firm has offices in New York, San Francisco and Hong Kong, and according to LinkedIn, they manage $50 billion in assets.

Cameron and Kat met on the exclusive dating app, Raya. In 2015, Raya launched as the first private, membership-based dating app that people had to get accepted on to before being able to create a profile, so is known as the dating app for celebrities because of it being so exclusive. When they first met Kat described him as “clean-cut,” and the opposite of her previous boyfriends. A year before their engagement, Kat posted a photograph of herself and Cameron to her Instagram, showing off their love.

Kat spoke about their relationship with People magazine, “When I fell in love with Cam… I felt more free than I ever have in my entire life. Knowing that I have his support and love, I am more fully myself and I am myself more confident than I ever thought I could be.”

In August 2020, Kat flashed her engagement ring to the camera during her segment on “The Greg Gutfeld Show,” she then re-uploaded that clip to her Instagram page along with the caption “Hell froze over.” A few days later, her and Cameron posted pictures of them together on their Instagram, with Kat’s ring in full view. They married the following year on 1 May, with Lisa Kennedy Montgomery officiating their ceremony. Lisa is a colleague of Kat’who hosts the “Kennedy” show on Fox Business. Kat walked down the aisle to “I Wanna Grow Old with You,” a song by Adam Sandler for the movie “The Wedding Singer.” When she reached the altar, a large neon sign that read “‘Til Death” was there to greet her. She wore a wedding gown from Kleinfeld’s, Brandalyn Fulton Williams did her makeup and Roman Kusayev from Roman K. Salon did her hair.

Greene & Co. made the couple’s wedding rings. “I think the vibe of the wedding was that everyone was definitely really happy for me,” Kat told People, “… there was an element of shock, even for me, that this was truly happening.”

Their wedding was attended by the couple’s closest family and friends, as well as colleagues; Kat’s former Fox News co-worker, Meghan McCain was also in attendance, and spoke to People magazine – “Kat and I have been such close friends since we started together at Fox News.” She expressed that after a rough year, it was nice to see her friend get married, “I’m so happy for both of them, and of course she looked absolutely gorgeous.” Meghan is married to Ben Domenech and the couple have one child together.

When Kat shared the happy news of their union on Instagram and Twitter, she added that she wasn’t looking for a partner when she met Cameron. “I was pretty full-on against it – and kind of questioning whether or not I even believed in monogamy at all.” She was very unsure about Cameron at first, but he crawled his way into her heart and transformed the way she thought about and looked at love. “I have less anxiety about things than I used to… I feel so safe,” Kat admitted to People, “but I am also shocked to find that the safety isn’t boring. I am having the time of my life with him.” She also shared that having children was not something she ever wanted to do, and actually used to wonder why anyone would ever want to expand their family. Now, Kat can imagine herself having Cameron’s babies, so they may get to that point in a few short years.

“He has changed me for the better, and it’s the best feeling in the world,” Kat gushed.

In high school, Cameron was the captain of both the lacrosse and hockey teams. His high school lacrosse coach, Bob Simmons stated, “Cam brings heart to a team, that’s his biggest contribution.” While attending the US Military Academy, he was on the men’s lacrosse roster for three years from 2007.

Cameron does not have Instagram, but a Twitter account. the majority of his tweets express his passion for lacrosse. Kat’s tweets reflected this when she shared that she has to fight for his attention whenever he’s watching a game.

Her one tweet sarcastically stated that she is happy to be back home, so instead of sitting on a ‘plane while Cameron ignores her to watch lacrosse, she can sit right next to him while he ignores her for lacrosse. In 2019 she tweeted a protest, “This is an outrage… PAY ATTENTION TO ME.”

Cameron is 6ft tall (183cm) and weighs the average of a man his age – his exact weight is unknown. He has dark brown eyes and black hair.

As of May 2022, Cameron’s net worth is estimated at $2 million, some coming from his time in the military, but the majority of it is thanks to his job as an investment broker.