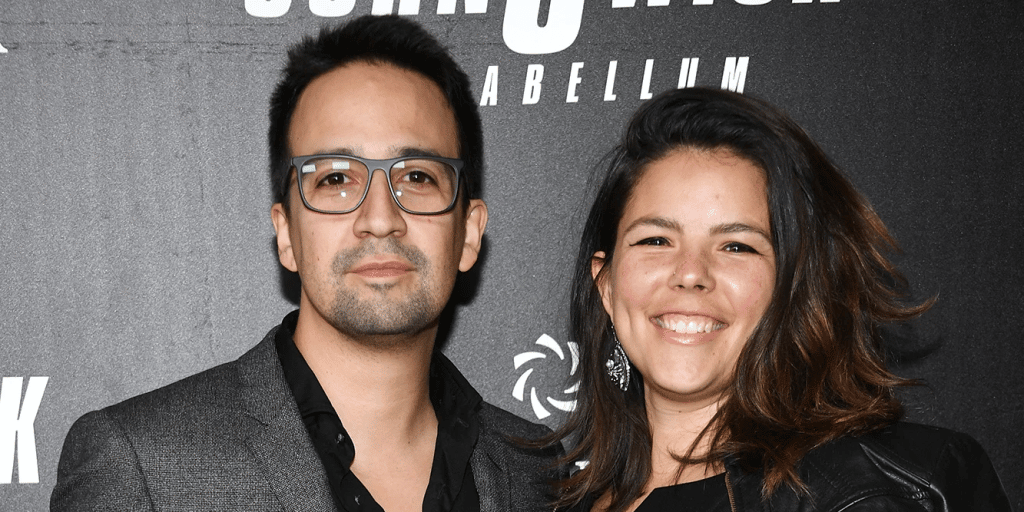 Who is Vanessa Nadal?

Born on 18th August 1982 in New York City, USA, Vanessa Nadal is a lawyer and scientist, publicly known for being the wife of Lin-Manuel Miranda, a popular actor and singer-songwriter. At 5ft 4ins (1.63m) tall and weighing roughly 120lbs (55kgs) with unknown vital statistics, Vanessa is of Latino heritage.

Before shooting to fame as the wife of Lin-Manuel, Vanessa was a studious and academically gifted individual who studied at Hunter College High School, where she played on the swim and tennis teams, wrote for her school’s newspapers, and was the president of the “Hunter Latin Organization”.

In 2001, Vanessa did a three-month internship as a lab researcher at a program offered by the Austrian Academy of Sciences. A year later, she completed a nine-month research internship at the Massachusetts Institute of Technology (MIT). Proving herself to be much more than just a pretty face, Vanessa received her chemical engineering degree from MIT in 2004, and was also a member of the university’s dance troupe. Not content with just one degree, Vanessa furthered her studies at the Fordham University School of Law and participated in the law school’s study abroad program, where she studied European Union law, Spanish law, and international comparative law in Spanish. During the program, Vanessa attended Madrid’s prestigious Universidad Pontificia Comillas, which helped her graduate in 2010 with a Juris Doctorate, the highest law degree in the US.

After graduating, Vanessa relocated to New York for her first internship with King Ramsey Perry & Howell, LLP. She also interned at the Supreme Court of NY’s Appellate Division and did a four-month internship at Jones Day, before joining the firm as an associate.

Lin-Manuel and Vanessa attended high school together, although according to a 2010 The New York Times article, the composer could never work up the courage to speak to his future wife. At the time, the actor was in his senior year, while the scientist was in her sophomore year. In fact, Lin-Manuel is quoted as saying: “She was gorgeous and I’m famously bad at talking to women I find attractive… I have a total lack of game”.

Years later, Lin-Manuel found Vanessa on Facebook, and invited her to the popular hip-hop improv show Freestyle Love Supreme. Despite Vanessa accepting the invitation, she didn’t think the screenwriter was interested in her, as she’d attended as part of a large group of friends, and he spent the whole evening without striking up a conversation. In the end, Lin-Manuel was too shy to ask for Vanessa’s number and asked one of his friends to do it for him, so that he could invite her to another show. At that performance, Vanessa realized she had feelings for him, later admitting in an interview: “When he came onstage, I thought, I really like this guy… He’s really, really smart”. After the show, Vanessa compared the outdoors traffic to Grand Theft Auto, her favorite videogame.

Lin-Manuel seized the opportunity to invite her to his place, play Grand Theft Auto, and watch movies. From that moment, the couple’s relationship went from strength to strength, with each giving the other the keys to their apartment, and the rest, as they say, is history. Following a heartfelt and personal wedding ceremony in September 2010, which incorporated elements from the couple’s different cultures, Vanessa and Lin-Manuel welcomed son Sebastian on 10th November 2014, who was followed by his brother Francisco in February 2018. Over the years, Lin-Manuel has made sure to sing his wife’s praises, with adorable comments such as “My wife’s the reason anything gets done. She nudges me towards promise by degrees” upon winning a Tony Award in the Best Original Score category for his work on “Hamilton”.

The pair have also been photographed together at red carpet awards and publicity events, as Vanessa always supports her husband in his various endeavors.

Born on 16th January 1980 in New York City, Lin-Manuel was brought up by his parents Dr. Luz Towns-Miranda, a clinical psychologist, and Luis Miranda Jr., a Democratic Party consultant. The future Puerto Rican-Mexican celebrity enjoyed a quiet childhood in his hometown of Inwood, spending a month with his grandparents in Vega Alta, Puerto Rico every year until his adolescence. His sister, Luz, currently works as a Chief Financial Officer for the MirRam Group.

While attending Hunter College Elementary School and then High School, Lin-Manuel discovered his talent for writing musicals, and studied alongside notable names such as the future journalist Chris Hayes and rapper Immortal Technique, who bullied the composer before the pair became friends. In his sophomore year at Wesleyan University, Lin-Manuel wrote the first draft of “In the Heights”, which would later become his first Broadway musical. Wesleyan’s student theater company Second Stage accepted the show, which premiered in 1999, and included freestyle rap and salsa numbers.

During his time at college, Lin-Manuel also wrote and directed various musicals, and appeared in productions before graduating in 2002.  Highlights in the composer’s career include his long-running collaboration with Disney, which began in 2013, when the celebrity sent Walt Disney Animation Studies a six-song demo tape. Since them, Lin-Manuel has helped write and perform music for “Moana” – with his song “How Far I’ll Go” receiving Oscar and Grammy Award nominations – as well as contributing to “Star Wars: The Force Awakens”, “Star Wars: The Rise of Skywalker”, and writing the animated musical “Encanto”, which has been a box office smash hit since its release in November 2021.

Projects which Lin-Manuel is currently working on alongside Disney include the live-action remake of “My Little Mermaid”, which is slated for release in May 2023.

As a lawyer, Vanessa reportedly earns an annual salary of $120,000, and so her net worth is well over $1 million as of early 2022. As for her husband, Lin-Manuel is worth a whopping $80 million, thanks to his work as a composer, actor, performer, and rapper.