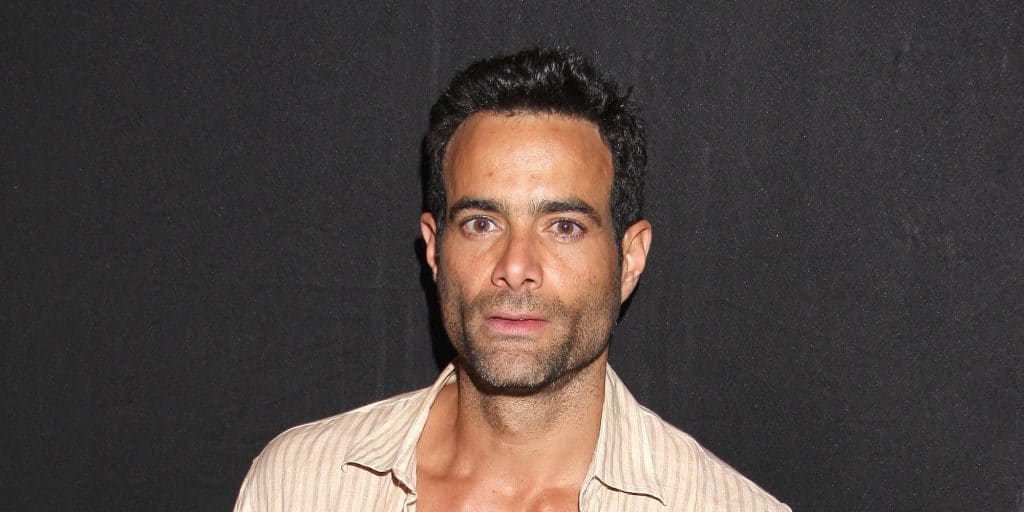 Who is Luis Roberto Guzmán?

Luis Roberto Guzmán was born in Bayamón, Puerto Rico, on 9 April 1973 – his zodiac sign is Aries, and he holds Puerto Rican and American nationality. He’s an actor with more than 30 credits to his name, while he’s perhaps still known best for his portrayal of the main character Gervasio Robles ‘El Pantera’, in the action crime adventure series “El Pantera”. It was created by Daniel Muñoz, also starred Ignacio López Tarso and Vanessa Terkes, and the series aired its 43 episodes from 2007 to 2009.

Luis was raised in Bayamón by his parents, about whom not a lot is known, as they prefer to stay away from the media’s attention; his father’s said to be the owner of a small grocery store, where his mother is also believed to be working.

Luis grew up wanting to become a musician, and tried to become a member of the Latino boy band Menudo; although he didn’t join the band, he became friends with several of its members. He became interested in acting while attending a local high school, and appeared in various plays performed both at the school and at a local theatre.

Upon matriculating in 1991, Luis enrolled at the University of Puerto Rico, from which he graduated with a Bachelor’s degree in drama in 1995. After he launched his acting career in 1998, Luis moved to Mexico, and focused on winning roles in Mexican telenovelas.

Luis made his debut film appearance in 1998, with his portrayal of Tommy in the drama “Flores de la Noche”, and a couple of his following roles were in the 1999 drama “Amores Como Todos los Demas”, the 2002 crime drama “Acosada”, and the 2003 romantic comedy “Ladies’ Night”.

He finally gained recognition in 2009, when cast to play the main character Luis Ro in the drama “Amar a Morir”, written and directed by Fernando Lebrija, and which starred Jose Marie de Tavira, Martina Garcia and Alberto Estrella. The movie follows the rich kid Alejandro, who has moved to a beach town and fallen in love with a girl living there; it won one of the two awards for which it was nominated.

In 2010, Luis starred in the romantic drama “Sin Ella”, as well as in the short drama “Hilos y Cables”. The year 2011 saw him play Chema, in the drama “The Other Family”, written and directed by Gustavo Loza, and in which he starred alongside Jorge Salinas and Ana Serradilla.

It follows the seven year-old-boy Hendrix, who has been abandoned by his drug addict mother, and is now staying with the gay couple Chema and Jean Paul; the movie was nominated for two awards.

Luis gained recognition in 2002, with his portrayal of the main character Gabriel Moreno, in the historical crime drama “Entre el Amor y el Odio”, which also starred Susana Gonzalez and Cesar Evora, and follows a lonely man who has fallen in love with a woman who attended his uncle’s funeral. In 2003 and 2004, Luis starred in the musical family fantasy “Alegrijes y Rebujos”, and in 2005 and 2006, in the romantic drama “Alborada”.

His following notable performance was in 2012, when he starred as Porfirio Cisneros in the thriller drama “Infames”, which also starred Thanya Lopez, and follows a woman who was wrongfully arrested for killing her fiancée, and is now seeking revenge.

Most recently, in 2021 Luis began portraying the main character Lorenzo Rossi in the mystery crime drama “Who Killed Sara?”, created by José Ignacio Valenzuela, and which also stars Manolo Cardona and Carolina Miranda. The series follows Alex, who has been framed for his sister’s murder, and has been nominated for four awards.

Luis has made a guest appearance in various talk-shows, such as “Otro Rollo Con: Adal Ramones”, “Hoy” and “Noches con Platanito”.

In 2004, Luis was nominated for an MTV Movie Award, Mexico for Favorite Actor (Actor Favorito), for his performance in “Ladies’ Night”.

Luis is highly secretive when it comes to his love life, and hasn’t spoken of any men or women whom he has perhaps been with, which is why there are various rumors circulating the internet concerning both his sexual orientation, and his current relationship status.

Some people believe Luis to be gay, mostly because he hasn’t spoken of any women whom he’s dated, and because he’s portrayed a gay character in a movie. A fan has even claimed to have seen him spending time with a man who could perhaps be his boyfriend, but no evidence has been provided to support these claims, nor has Luis commented on this.

There are also some who believe that he’s today in a relationship with a non-celebrity woman, but prefers to keep her away from the media’s attention; this hasn’t been confirmed either.

As of August 2021, Luis seems to be single, hasn’t married, and doesn’t have children.

Luis is physically highly active, and has four to five training sessions at the gym every week, thus his muscular body. He’s also following a somewhat strict diet, as he avoids eating fast food and drinking alcohol.

He’s a huge soccer fan, and cheers for Barcelona, while his favorite player is Luis Suarez.

Luis likes to travel, and his acting career has taken him to various US states, and several South American countries; his dream travel destination is still Los Angeles in California.

He’s a fashionista, as well as a bit of a shopaholic, as he goes shopping for clothes at least once a week.

Luis enjoys spending his spare time in nature, whether it’s deep in woods, or high in the mountains.

He enjoys watching Hollywood movies late at night, and his favorite actor and actress are Robert Downey Jr. and Scarlett Johansson, while a couple of his favorite films are “Iron Man”, “Lost in Translation” and “Avengers: Infinity War”.