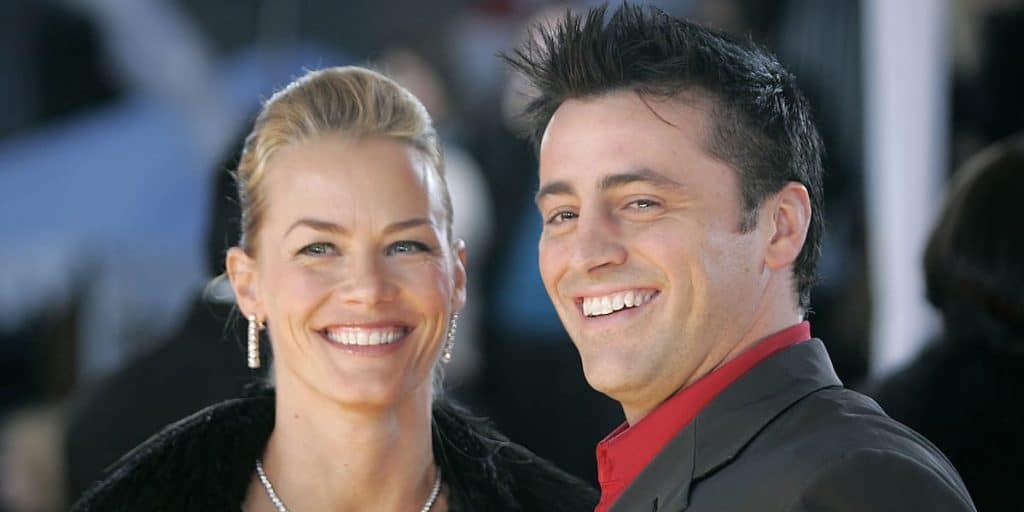 Who is Melissa McKnight?

Melissa Sue McKnight is a British-born American former model, actress, and entrepreneur who rose to popularity for her relationship and later marriage to the actor, producer, and comedian Matt LeBlanc. She was born under the Zodiac sign Pisces on 10 March 1965 in England, UK. As of 2021, she is 56 years old and holds American nationality, while her ethnicity is British.

She was born the only child to parents Regis Mcknight and Nancy Mcknight.  Regarding her background, family, and childhood, not much is known. She has managed to stay tight-lipped and has never mentioned her family in interviews. At a very young age, Melissa relocated with her family to the U.S.

Melissa launched her modeling career in the ’80s and slowly built her profile, appearing in various advertisements, commercials, and printed ads. Furthermore, she was a popular face that graced numerous magazines, including “Elle, “Cosmopolitan”, and “Vogue”. During her lengthy career as a model, Melissa worked with top modeling agencies and was featured in many high-end brands’ beauty and fashion campaigns. In 2001 she dipped her toes in acting with a minor role in the comedy movie “Triangles and Tribulation”. Four years later, she appeared at the 31ST Annual People’s Choice Awards, followed by a minor role in an episode of the TV series “VH1: All Access.

Melissa has had quite a turbulent love life. After dating for a year, in 1990, she said her first “I Do” to Anthony Esposito, the musician, producer, and songwriter.

One year after the nuptials, they welcomed their first child, a boy they named Tyler Esposito, and in 1995 Melissa gave birth to the second child, they named Jacqueline Esposito. The couple divorced in 1996 due to commitment issues from both sides. Reportedly, they were both too focused on pursuing their careers, putting aside their marriage and personal issues.

Her marriage to Matt LeBlanc

Matt and Melissa met in 1997 through the mutual friend, the then-wife of Lou Diamond Phillips, Kelly. Upon meeting, they hit it off and began dating shortly after. After two years of dating, Matt proposed to Melissa, and in 2003 they tied the knot in Hawaii. According to the reports, their wedding was one of the biggest events at that time, with over 150 guests, including Matt’s co-stars from “Friends”.

Following the wedding, Matt sat down with Entertainment Weekly and talked about his experience living with Melissa and her two children, he said: “It’s been a fantastic experience. I’m very grateful for them in my life. Because before them, I was out at the bars, I was chasing chicks all over the place I had kind of a reputation.” On 8th February 2004, the couple welcomed the child, named Marina Pearl McKnight.

Their daughter was diagnosed with brain disorder

While Matt and Melissa enjoyed the fruits of marriage, further blessed with a child, by the end of 2015, the then-couple faced a true hardship. Their daughter, Marina, was diagnosed with a rare brain disorder entitled Cortical Dysplasia which is the most common cause of epilepsy. After going through various therapies and treatments, Marina overgrew the condition and is now a perfectly healthy teenager.

However, the same cannot be said for their marriage, which had been, allegedly on the rocks even before Marina was diagnosed with the disorder, and battling the disease further drew them apart.

In 2006, Matt abruptly left the family house in Encino, California, without any notice or warning. One of Melissa’s close friends told a media outlet that she had been left completely blindsided by what had transpired, and during the same year, they officially divorced. Matt’s publicist at the time, Joe Libonati, released the statement, saying: “The Dissolution is amicable. They remain devoted parents and friends”.

Considering that Matt was, at the time, one of the most popular actors, many media outlets rushed to pick the story apart and uncover the truth behind the separation of the two.

Reportedly, the biggest bone of contention was Matt’s adultery, and even before the marriage, he held a reputation as a womanizer. According to the People, Matt had an affair with the co-star, Andrea Anders, from the “Friends” spin-off series “Joey”.

In an interview, Melissa accused Matt of cheating on her, and later Matt addressed it and apologized for the inconvenience in his interview with the Mirror. He was also accused of cheating with a striper while being highly inebriated. In an interview, he said: “The stripper was all over me, took off her top and wanted to perform a private dance. She was in my face, pushing her breasts into me and grabbing my hands to go all over her body. If I had been sober perhaps I would have acted quicker but I was drunk. I know I was wrong.”

Even though they parted on bad terms, they have managed to patch up their relationship for the sake of their daughter and other children. Following the dissolution, they have continued to co-parent all three children, including Tyler and Jacqueline, with whom Matt shares a close bond. In an interview, he said: “Tyler is a sound engineer,” And my daughter [Jacquelyn] graduated from FIT. She is in the design program, and she is a really hard worker, and I’m proud of her.”

When it comes to their relationship after the divorce and current love interests, Melisa has not been tied to anyone since separating from Matt and is currently single. On the other hand, Matt dated the actress Andrea Anders from 2006 to 2015. Since 2016, Matt has been dating the 17 years younger TV producer Aurora Mulligan.

Where is Melissa now?

After the divorce, Melissa pretty much went under the radar. It seems that she enjoys having her private life away from the prying eyes of the public. However, according to some reports, she is busy raising her 17-year-old daughter and spends most of her free time with the other two children.

A Massachusetts native, Matt was born in 1967 to parents Patricia and Paul LeBlanc. He initially relocated to New York to launch a modeling career at the age of 17 but did not meet the height requirements. After appearing in several advertisements and commercials, he made his TV debut portraying Chuck Bender, the regular character on the sitcom “TV 101”.

In 1994 he landed the breakthrough role as Joey Tribbiani that brought him worldwide fame in the globally popular sitcom “Friends”. His convincing portrayal of Joey as a struggling actor and a womanizer earned him three nominations for Primetime Emmy Awards.  The series, which holds the title as one of the most popular shows in the world, ran for 10 seasons from 1994 to 2004. Following the end of the show, Matt LeBlanc launched a spin-off series, “Joey”, which follows Joey on his venture to L.A. to pursue his acting career. However, this project was not successful as everyone hoped it would, and it was canceled after two seasons. Reportedly, Matt had a tough time adjusting to life after the “Friends” ended, feeling stressed and depressed to the point of having a mental breakdown. Additionally, his marriage to McKnight took a turn for the worse at the same time the show ended.

In an interview, he said: ““For years and years, I barely left the house. I was burnt out. I wanted to not have a schedule, not be somewhere. I was in a position to do that. My agent was bummed. Most actors call their agents and say, ‘What’s going on?’ I’d call mine and say, ‘Please lose my number for a few years.’ Luckily the actor saw the light at the end of the tunnel and collected himself after these dark periods. In 2011 he starred as himself, the lead character, in the TV series “Episodes”, garnering his first Golden Globe Award and four nominations for Primetime Emmy Awards. Rising through his ranks, he appeared in several other projects, including ”Lovesick”, “Man with a Plan”, and “Top Gear”. His latest appearance was in the 2021 HBO Max special “Friends: The Reunion”.

Melissa is 5ft9ins (175cm) tall and weighs around 116lbs (53 kgs). Her natural hair is blonde, further adorned with a pair of blue eyes. She still maintains a slim figure, which many attribute to regular exercise and healthy diet.