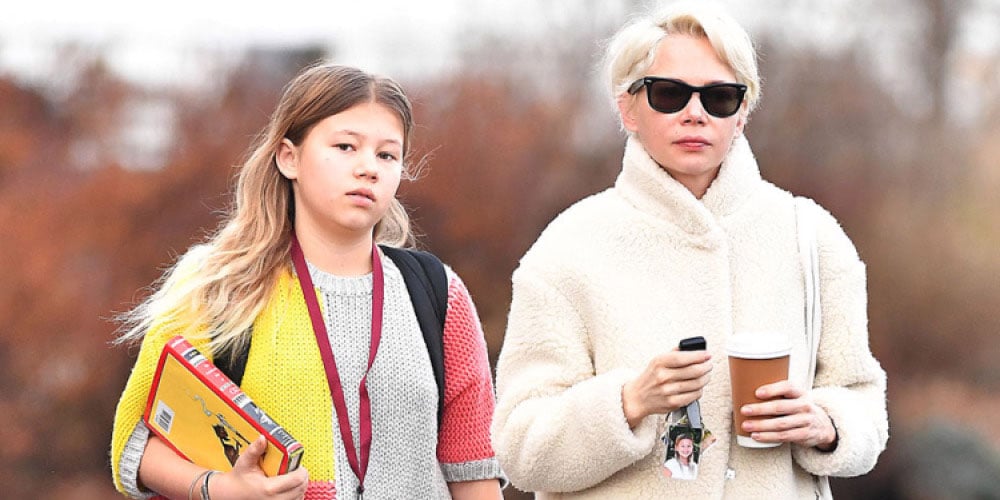 Who is Matilda Ledger?

Matilda Rose Ledger was born under the zodiac sign of Scorpio on 28 October 2005, in Brooklyn, New York City, USA; she holds American nationality, and her ethnicity is mixed, as she’s of English, Irish and Scottish descent. Matilda is known as the only child of the late actor Heath Ledger and his girlfriend Michelle Williams.

The untold truth about Matilda

After her father died on 22 January 2008 of an accidental overdose with medicaments, Matilda was hounded by the paparazzi, so her mother Michelle decided to protect her daughter’s privacy, and the two moved miles away from New York in an unknown direction.

They returned to Brooklyn after almost a decade, however, Michelle kept their private lives away from the media’s attention. In one interview, Michelle talked about Matilda, saying how is she so proud of her daughter for her strength and her ability to be a happy child, despite the loss that she had as a toddler.

Matilda has an interest in chess, and seems to be a chess mastermind; as one of the family friends stated, her father Heath loved this mind game as well.

That is not the only thing that she has in common with her father, as it seems that she looks like him – with blonde hair and brown eyes as he had, it has become clear that she is the very picture of Heath.

According to Matilda’s aunt, Kate Ledger, when she was younger, they called her ‘Heath in pigtails’, and said that she feels connected with him through Matilda. Matilda also likes skateboarding as her father did, and her aunt said that when she looks at her, she rides a skateboard just like he used to.

In 2020, Michelle married theater director Thomas Kail, and in the June of the same year, Matilda become a real big sister, as Michelle gave birth to her second child, whose gender and name are unknown to the public.

Matilda is now attending a local high school, and there is no information about what she wants to be when she grows up, however, she certainly doesn’t have to worry about her future, at least when it comes to finances. Heath had written a will, and according to his attorney, his entire $16.3 million fortune will belong to Matilda, when she turns 18 years.

As of October 2021, Matilda is 15 years old, she doesn’t have an account on any social media networks, so it’s assumed that her mother still keeps her daughter’s private life away from public and media’s attention.

Who is Michelle Williams?

Michelle was born under the zodiac sign of Virgo on 9 September 1980, in Kalispell, Montana USA. She’s an actress with 54 credits to her name, has 146 award nominations, including four for Oscars, and has won 50.

Michelle is perhaps best known for her role as Jen Lindley in the series “Dawson’s Creek”, and for her portrayal of Randi Chandler in the Oscar awarded movie “Manchester by the Sea”.

She was raised in Kalispell alongside her three half-siblings and one sister, by her mother Carla who was a housewife, and her father Larry R. Williams who was a commodities trader and politician; he twice ran for the US Senate.

Michelle attended Santa Fe Christian Schools in San Diego until her ninth grade, and then left the school and continued her education at home, completing her high school through correspondence; upon matriculating in 1998, she didn’t enroll at college.

She was focused on her acting career at an early age, making her debut at the age of 13; she appeared in two episodes of the series “Baywatch”, one of the most popular series in the ’90s.

Michelle had supporting roles in series such as “Step by Step”, “Home Improvement”, and “Raising Canes” before she was cast to play in “Dawson’s Creek” from 1998 through 2003, and then after almost a decade, she had a guest role in an episode of the series “Cougar Town” in 2013.

Her most recent role on television was in 2019 in the mini-series “Fosse/ Verdon”,  portraying Gwen Verdon, one of the greatest Broadway dancers; the series had 51 award nominations and won 18, including four Primetime Emmys.

Michelle made her first appearance on the big screen in the family adventure drama “Lassie” in 1994, followed by roles in “Species”, “Timemaster”, “A Thousand Acres”, “But I’m a Cheerleader”, and many others.

She starred alongside Jake Gyllenhaal and her late partner Heath Ledger in the movie “Brokeback Mountain”, which had 132 award nominations and won 41, including three Oscars.

In the following years, Michelle appeared in numerous movies, such as “I’m Not There”, “Deception”, “Wendy and Lucy”, “Blue Valentine”, and many others. One of her signature roles was in the 2011 movie “My Week with Marilyn”, cast to play Marilyn Monroe, a famous American actress, singer and major sex symbol in the ’50s; the movie had 64 award nominations, including two for Oscars, and won 18.

She then had several supporting roles before she starred alongside Tom Hardy and Riz Ahmed in the popular 2018 movie “Venom”, and in the 2019 movie “After the Wedding” with Billy Crudup and Julianne Moore.

Her most recent role was in the 2021 sequel of “Venom”, entitled “Venom: Let There Be Carnage”, and Michelle’s fans will be happy to hear that there are two more movies she’s filming, which are in post-production and should be released in 2022.

Michelle is 41 years old, she has short blonde hair, a popular pixie haircut (which is her trademark), and the color of her eyes is green; she weighs around 120lbs (54kgs) and is 5ft 4ins (1.63m) tall.