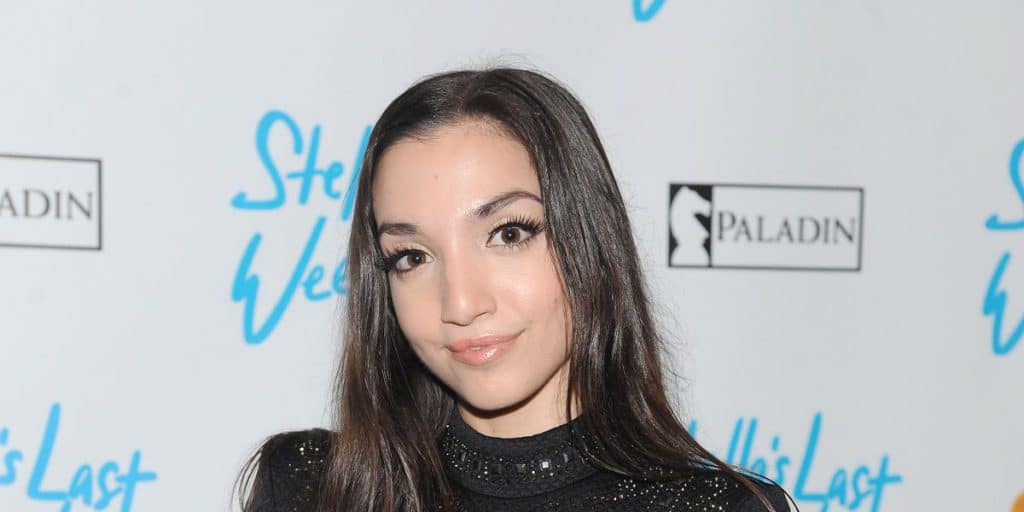 Who is Julia Macchio?

Julia Macchio was born on 20 May 1992 under the zodiac sign of Taurus, in Long Island, New York USA. She is a 29-year-old actress, dancer, singer, and dance teacher, known for her work on “Girl Most Likely”, “Wholly Broken”, and “Stella’s Last Weekend”. However, she’s possibly best recognized for being the daughter of famous actor Ralph Macchio.

How rich is she, as of now? Julia Macchio Net Worth

As of mid-2021, Julia Macchio’s net worth is estimated at over $3 million, acquired through her successful involvement in the world of entertainment. She’s garnered only four television and film acting credits since she launched her career in 2012.

Julia Macchio spent her early years on Long Island, where she was raised by her father Ralph and her mother Phyllis Fierro, who works as a nurse practitioner. Her parents met when her father was only 15 years old, introduced through his grandmother. They became inseparable friends, and later married on 5 April 1987. Julia has a younger brother named Daniel, born in 1996, who is an actor, writer, and composer. She holds American nationality and belongs to White Caucasian ethnic group. She’s of American, Italian and Greek descent.

Regarding her education, Julia attended St. Anthony High School, then upon matriculation in 2010, she enrolled into Hofstra University, from which she graduated with a Bachelor of Arts degree in Dance in 2014.

Julia Macchio developed her love for acting, singing, and dancing very early. During her university years, she started pursuing a professional career as a dancer and singer. Between 2011 and 2014, she performed in the American College Dance Festival, while in 2012, she was chosen to perform as a lead singer in “Landslide”, “His Name”, and “Burlesque Medley” at a Cabaret in Huntington, New York City.

Later that year, she traveled to Italy to perform in “Live Like Horses” and “Can’t Make You Love Me” at the Florence Dance Festival. Her debut feature film appearance came in the same year, when she took the role of Lucy in the comedy film “Girl Most Likely”, sharing the screen with Matt Dillon, Kristen Wiig and Annette Bening.

Thereafter, Julia worked as a hostess at the Fifth Season restaurant, before she featured as a voice student in her father’s short musical drama film “Across Grace Alley” in 2013. Since 2014, she has worked as a dance teacher at Long Island Academy of Dance. Concurrently, she’s also landed the role of Tanner in the made-for-TV musical film “Wholly Broken”, and of Caitlin in the comedy-drama film “Stella’s Last Weekend”, written and directed by Polly Draper, both in 2018. In the following year, she served as a choreographer for the short drama film “The Rest Of My Life”.

Julia Macchio became romantically involved with a guy named Samuel Patrick Chu in 2006;  nothing is known of how and when they met. Their relationship lasted for almost two years since they called it quits in 2008, since when she hasn’t been spotted with any other men. It’s believed that she is single at the moment, and focused on her professional career.

Who is her father? Ralph Macchio Short Wiki/Bio

Ralph George Macchio Jr. was born on 4 November 1961 under the zodiac sign of Scorpio, in Huntington, Long Island, New York USA. He was raised with his brother Steven by their father Ralph George Macchio, who was a ranch owner, and their mother Rosalie Macchio (née DeSantis). He attended Half Hollow Hills Central School District in New York, from which he matriculated in 1979.

Ralph Macchio started his professional acting career when he made his film debut as Chooch in the 1980 comedy film “Up The Academy”, directed by Robert Downey Sr., which was followed by his TV debut in the recurring role of Jeremy Andretti in the ABC comedy series “Eight Is Enough”, from 1980 to 1981. It was followed by his portrayal of Johnny Cade in Francis Ford Coppola’s 1983 coming-of-age drama film “The Outsiders”, next to Tom Cruise, Matt Dillon, and Emilio Estevez. He was praised for the performance in the film, which led him to win the role of Daniel LaRusso, the main protagonist in the highly popular 1984 martial arts drama film “The Karate Kid”, which was a huge commercial success with over $130 million grossed on an $8 million budget. He later reprised the role in its sequels, “The Karate Kid Part II” (1986), “The Karate Kid Part III” (1989).

Concurrently with working on “The Karate Kid” franchise, Ralph Macchio continued with other projects; he took the title role in the made-for-TV drama film “The Three Wishes Of Billy Grier”, aired on ABC in 1984, after which he featured as Eugene Martone in the 1986 coming-of-age musical drama film “Crossroads”, directed by Walter Hill. During the same year, he performed in the Broadway production of “Cuba And His Teddy Bear”, along with Robert DeNiro, followed by his portrayals of Jack Lambert in the 1988 drama film “Distant Thunder”, and Robert Garwood in the 1992 made-for-TV biographical drama film “The Last P.O.W.? The Bobby Garwood Story”.

He then played Chris in the 1993 romantic comedy film “Naked In New York”, next to Eric Stoltz and Mary-Louise Parker, and lent his voice to a fox in the 1996 direct-to-video animated film “Journey Home: The Animals of Farthing Wood”. Thereafter, he appeared in the lead role of J. Pierrepont Finch in the revival of the 1962 Tony Award-winning musical “How To Succeed In Business Without Really Trying”, also in 1996, and finished the decade with the part of Hubbie in the 1999 comedy-drama film “Can’t Be Heaven”, directed by Richard Friedman.

In 2002, Ralph Macchio wrote and directed the short film “Love Thy Brother”, after which he was cast as Donnie in the 2003 action comedy film “A Good Night To Die”.

Three years later, he played Maz in the comedy film “Beer League”, and then starred in the recurring role of Archie Rodriguez in the cult ABC comedy-drama series “Ugly Betty” from 2008 to 2009. Afterwards, he featured as Bobby Bianchi in the 2009 comedy film “Rosencrantz And Guildenstern Are Undead”, written and directed by Jordan Galland, followed by his portrayal of “Psycho” screenwriter Joseph Stefano, in the biographical romantic drama film “Hitchcock” (2012), based on Stephen Rebello’s book “Alfred Hitchcock And The Making Of Psycho”. In 2013, he wrote, directed, produced, and starred as a father in the short drama film “Across Grace Alley”, after which he was cast as Tom in the 2014 family adventure film “A Little Game”.

In 2016, Ralph performed in the Off-Broadway production of “A Room Of My Own”, alongside Mario Cantone, and then starred as Dominic in the comedy film “Lost Cat Corona” and played Nick Conforth in the made-for-TV comedy film “Psych: The Movie”, both in 2017. He landed the recurring role of Officer Haddix in the HBO period drama series “The Deuce” from 2017 to 2019, and most recently has been reprising his role of Daniel LaRusso in the martial arts comedy-drama streaming series “Cobra Kai” (2018-present), which is a sequel to “The Karate Kid” film series. He’s also the series executive producer,  aired on YouTube Red, YouTube Premium, and Netflix.