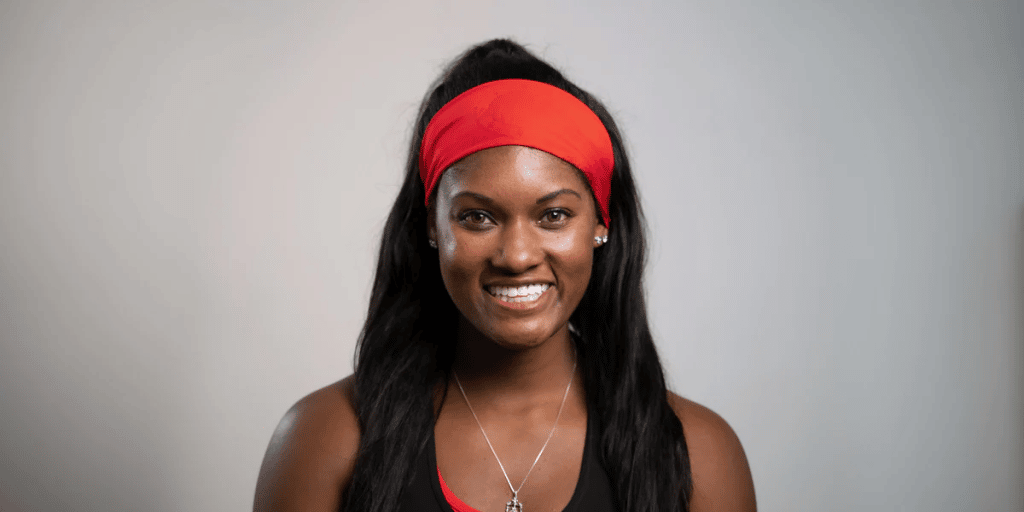 Who is Brittney Noell?

Brittney Noell is a lifestyle blogger and entrepreneur, but who is perhaps best known as the wife of the rapper Sir Robert Bryson Hall, professionally known as Logic. She was born under the Zodiac sign Capricorn on 1 January 1997, in Los Angeles, California, USA. As of 2022, Brittney is 25 years old and holds American nationality.

Nothing is known about her family, background and childhood, nor has she disclosed any information about her educational qualifications. In her blog post, she wrote that she’s spent most of her life in Los Angeles.

Information about her professional life before dating and marrying Logic is very scarce. It’s known that in 2019 she launched her clothing brand entitled Brittany Noell Designs, however, after a year she stopped focusing on her brand and ceased production. In an Instagram post, she explained the reasons behind her ‘retirement’, saying: ‘I put it on pause right before having my baby boy Bobby. I’ve been ready to get back into something for a while now, but I just haven’t been able to figure out what. I am very passionate about fashion, and finally, I have something in the works that I’m very excited about. ‘

In addition to being a full-time mom, in 2021, Brittany created her self-titled blog, which features content surrounding lifestyle, wellness and beauty. In her own digital space, she shares her style inspirations and recipes, and provides an inside scoop into her life as a mother and a celebrity wife.

Talking of the motivation and inspiration behind launching her blog, Brittany wrote: ‘I have always been very interested in the beauty/lifestyle space. I’ve always loved learning new beauty tips and routines, ways to treat yourself through self-care, workout routines. I love to be artistic and paint, put together outfits for different occasions, and find fun decor for my home.’

Brittney also shared why she was scared to blog, explaining that ‘being in the spotlight is nerve-wracking’. In her opinion, social media can be very toxic, and people can be very cruel.’ Even though she considers herself thick-skinned, she still finds some comments that can shake her to the core. The best way to deal with social media negativity is to be prepared. She disclosed that she had never shared too much information, and it was very important for her to keep it that way.

However, as she feels more open, she’s willing to discuss sensitive topics such as post-partum anxiety, and coping with your new body after pregnancy. Regarding her upcoming projects, she stated that something was underway, but didn’t give specific details.

Not much is known about her dating history; Brittney and Logic met in 2018, began dating shortly afterwards, and tied the knot in September 2019, in a small and simple ceremony held in their backyard under string lights, with a limited number of guests.

Brittany disclosed that they didn’t opt for a huge party as they only wanted to call each other husband and wife. Brittany wore a white net gown with floral embroidery, while Logic wore a classic tuxedo with a white plain shirt. She said that she didn’t want to stress about make-up and her wedding dress, and chose the first gown that fitted her.

In her blog posts, she revealed more details: ‘I found out I was pregnant just a couple of months before the wedding, but since I was only a couple of months pregnant, my tummy didn’t get in the way of me fitting into my dress. That was a bit of a concern at first – lol.’

After the wedding reception, they rented a private yacht and sailed to Catalina for their honeymoon. They drank some Pina Coladas , ate delicious food, swam in the ocean, and played a lot of chess. They welcomed their first child, Bobby, on 7 April 2020.

Before marrying Brittney, Logic was married to the actress and singer Jessica Andrea; they divorced in 2018 for unknown reasons.

Her estimated net worth is around $1 million, which she’s earned through her entrepreneurial endeavors.

On the other hand, her husband’s wealth is around $14 million, which he’s acquired through his music career.

Her exact height and weight aren’t available. Her natural hair is light brown, but she has been dying it blonde for a couple of years now; her eyes are blue. Talking of her body, she has a very petite and fit physique, which she maintains through regular exercise and hobbies.

When she’s not taking care of Bobby, she likes to go bike riding and shooting guns with her husband. After giving birth to Bobby, she wanted to find new hobbies, and took up painting, pottery, and horseback riding. In one of her blog posts, she wrote:’ I used to horseback ride when I was little, and I’ve always loved horses, but then when we moved I fell even more in love. We live close to a horse farm, and I was able to see the horses every day. I started taking lessons, and I absolutely loved it.’

She also expressed an interest in music, and began taking guitar lessons. Brittany is a plant enthusiast, and likes to share photos of the newest plant additions on her Instagram account.

It appears that she only uses Instagram, which boasts over 30,000 followers. She usually posts photos of her son, husband, and also blog posts.

Maryland native Logic came from a broken and troubled home, as his father was a crack cocaine addict while his mother had a drinking problem. He attended Gaithersburg High School, but never matriculated as he was expelled for skipping classes.

Having developed an interest in rap from a young age, he became involved in music under the guidance of Solomon Taylor, his mentor.

Initially performing under the name Psychological, in 2009 he released his mixtape entitled Psychological – Logic: The Mixtape, which allowed him to serve as the opening act for various artists and musicians, including Pit Bull, Redman, and Ludacris.

Following the success of his first mixtape, in 2010 he released his first official mixtape entitled “Young, Broke & Infamous”. He quickly landed a record deal with an independent label, and in 2011 he released his second mixtape, ‘Young Sinatra’, attracting critical acclaim and garnering media attention, especially the single “All I Do”, which gained millions of views. He would go on to record two more mixtapes, before signing with Def Jam Recording in 2013.

His debut album – ‘Under Pressure’ – came out in 2014, reaching #2 on US R’n’B/ Hip-Hop charts. Collaborating with various artists, he continued putting out music, and dominating the Hip Hop charts. His greatest success is considered to be the single “1-800-273-8255” with Alessia Cara and Khalid from his album “Everybody”. In 2018, the song earned two nominations for a Grammy Award for Song of the Year and Best Music Video.

Logic has released six albums. In 2020, he shocked the public by announcing his retirement, with the release of his sixth album, but also signing a contract with Twitch, the streaming platform. In 2021, he published his memoir This Bright Future”, and disclosed that he’d had a changed of heart regarding his retirement. His album ‘Vinyl Days’ is set to be released in 2022.