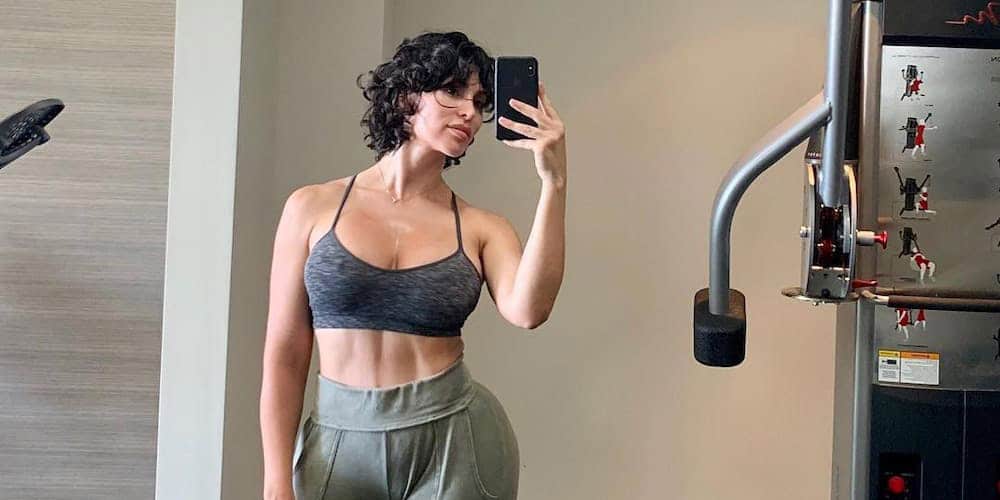 Who is Lilit Avagyan?

Lilit Avagyan was born in Armenia, on 30 November 1987 – her zodiac sign is Sagittarius, and she holds both Armenian and American nationality. She’s a ballroom dancer and a social media star, but who’s perhaps known best for being the wife of the retired American Football professional player Reggie Bush.

Lilit was raised in Armenia alongside her sister Anna Avagyan, by their father Avag, and their mother Juleta; she hasn’t shared any details concerning her family, as she respects their privacy.

Lilit grew up wanting to become a model, as she often read her mother’s girly magazines, and admired the models featured in these. She became interested in dancing when she was eight years old, and her mother enrolled her at a dancing school, which Lilit then attended for 12 years, also entering various national competitions. She attended a local high school at which she was interested in various activities, including playing volleyball, acting in school plays, and playing the guitar.

Lilit matriculated in 2005, and because she hasn’t spoken of her further education, many people believe that she hasn’t attended college.

Lilit’s keeping her career away from the media’s attention, and it’s only known that, in the past decade shes worked as a dance instructor, and has also entered various competitions, winning the Rising Star Competition organized in Florida in 2010.

In 2013, Lilit travelled to Australia, and competed in the Latin American World Championship.

In 2011, Reggie Bush announced on his social media accounts that he had begun dating Lilit, and the two could then have been seen attending various events together, while she could also have been seen at his football games.

The two married on 12 July 2014, in a private ceremony attended by some of their closest friends and family members. A year prior to the wedding, on 6 May 2013, Lilit gave birth to their daughter Briseis, and on 12 July 2015, their son Uriah was born; Lilit and Reggie’s second son Agyemang followed on 2 September 2017.

Lilit hasn’t mentioned any other men (or women) whom she has perhaps been with, while it’s known that Reggie was in a couple of relationships before meeting her. He dated the famous American social media star and businesswoman Kim Kardashian from 2007 to July 2009, and they reconciled in September 2009, but split a couple of months later. In 2010, he spent a couple of months dating the American country pop singer and songwriter Jessica James.

As of September 2021, Lilit’s married to Reggie Bush, and has three children with him.

Lilit’s very active on Instagram, and is today followed by close to 250,000 people, while she’s uploaded nearly 150 pictures; most of these have been taken during her everyday life, however, one has to become Lilit’s follower to be able to view them.

She likes to travel, which is one of the reasons why she could’ve been seen attending her husband’s football games. The two have also travelled together to a couple of European countries, including France and England.

Lilit’s a lover of animals, and her favorites are cats and tigers; she has been to couple of zoos in the US, and has apparently also donated money to several animal shelters.

In her spare time, which is usually late at night, she enjoys watching movies starring her favorite actor and actress, Leonardo DiCaprio and Natalie Portman, such as “Titanic”, “Catch Me If You Can” and “V for Vendetta”.

Who is Reggie Bush?

Reginald Alfred ‘Reggie’ Bush Jr. was born in Spring Valley, California on 2 March 1985 – his zodiac sign is Pisces, and he holds American nationality. He’s known best for his skills as a football player, but also for various controversies surrounding him.

Reggie was raised in Spring Valley alongside his brother Javon Griffin, by their father Reggie Bush Sr., and their mother Denise Griffin. He grew up being interested in football, and began playing for his school’s team after enrolling at Helix High School. Reggie was amongst the best players at school, and while playing for the Helix Highlanders in 2002, he won a Silver Pigskin Trophy. Reggie was also competing in track, and won second place at the 2002 CIF California State Meet 100 meters race.

Upon matriculating in 2003, he was offered a scholarship from the University of Southern California, which he attended from 2003 to 2005, and played for their team the Trojans. In 2004, Reggie was a finalist for the Heisman Trophy, and finished fifth, however, the following year saw him win it, as well as the Doak Walker Award.

It was in 2006 that the National Collegiate Athletic Association (NCAA) began investigating Bush and his family, in regards to gifts which they had received, and which violated the NCAA policies; the case was settled four years later, the NCAA revealing that Reggie’s university would be sanctioned, because he had received gifts from the sports agent Lloyd Lake, as well as from his partner Michael Michaels; it was then that Reggie voluntarily returned his 2005 Heisman Trophy.

He launched his professional career in 2006, when he quit college, and made himself eligible for the National Football League (NFL) Draft; he was drafted by the New Orleans Saints, and eventually made it to the Super Bowl on 7 February 2010, when the Saints faced the Indianapolis Colts, and won 31-17.

On 28 July 2011, Reggie was traded to the Miami Dolphins, and on 13 March 2013, he signed a four-year contract with the Detroit Lions, worth $16 million. He switched to the San Francisco 49ers on 18 March 2015, signing a year-one contract worth $2.5 million, and on 1 August 2016, Reggie was signed to the Buffalo Bills; he spent over a year with the Buffalo Bills, before announcing his retirement from football.

On 5 June 2019, Reggie was inducted into the New Orleans Saints Hall of Fame.