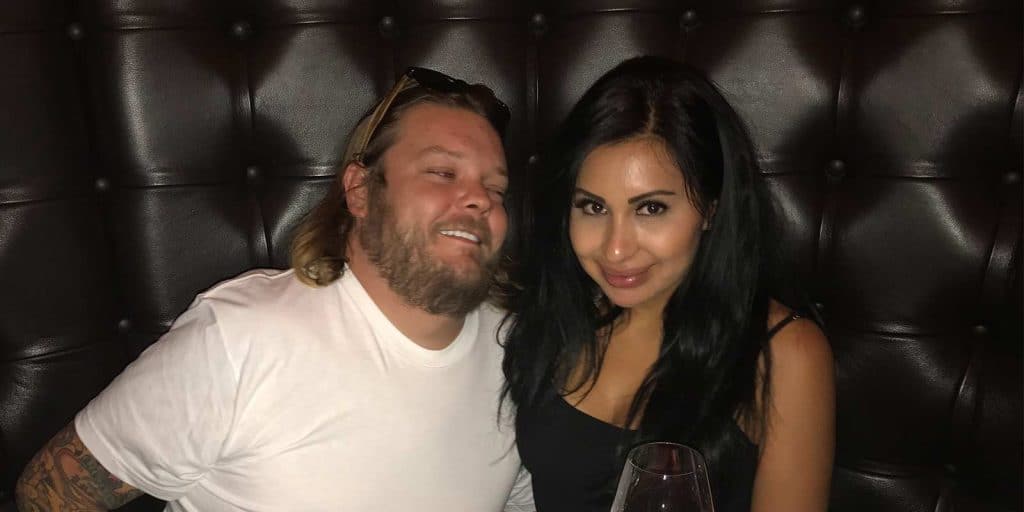 Who is Korina Harrison?

Korina ‘Kiki’ Harrison was born under the zodiac sign of Sagittarius on 17 December 1982, in San Diego, California USA, where she was raised; she holds American nationality, and her ethnicity is of Greek descent – her name Korina in Greek means ‘maiden’. She is only known as the ex-wife of the popular reality star Richard Corey ‘Rick’ Harrison – also known as ‘Big Hoss’ – from the television series “Pawn Stars”.

The untold truth about Korina?

Korina has risen to prominence since she married Corey in May 2017; it is assumed that they met while filming for the family’s reality show, since she is an executive assistant.

Although it seems that the two are enjoying their love, in August 2018 they filed a joint divorce petition; according to Corey, the reason for their divorce was their work schedules, and inability to make the marriage succeed, but they remained good friends, especially after they announced the birth of their son, who was supposed to be named Richard Benjamin Harrison, as an honor to Corey’s grandfather.

After the divorce, Korina deleted her Instagram account, and withdrew completely from public life, but in November 2019, her ex-husband posted onto his Instagram a photo of her wrist with a tattooed word ‘Harrison’, in cursive red letters.

In the description, he was saying: ‘Sometimes you need that girl that will ride for you and a year and a half after you leave to make you realize it’s time to come home, I love you @kikinejo #harrison.’

Korina established a new Instagram account under the pseudonym ‘kikinejo’, and rumors about them being back together escalated after Corey posted a photo featuring the two of them in a restaurant having dinner, with the hashtag #kikidoyouloveme.

In March 2020, he posted a photo of the deluxe Four-Diamond awarded Pala Casino Spa Resort, in Pala, California, and tagged Korina’s Instagram account.

Fans were waiting for Korina and Corey to confirm that they are back together, however, they were disappointed when Corey posted a photo of himself and an unknown woman with long blonde hair and green eyes, laying close to each other at the beach, smiling and hugging.

After this post, Korina again deleted her Instagram account, and as of late 2021, there is no information on what happened to her; it’s assumed that she prefers to keep her private life away from the media’s attention.

The one thing that stayed unclear is if she ever was pregnant, since there is no information about her giving birth, so Corey’s fans called her a gold-digger girl, saying that the pregnancy was a lie, and that she said that just to keep him beside her.

As of December 2021, there is no information about her net worth or her salary, however, the net worth of her ex-husband has been estimated at $5 million.

Who is Richard Corey ‘Rick’ Harrison?

Corey was born under the zodiac sign of Taurus on 27 April 1983, in Las Vegas, Nevada USA; he holds American nationality and his ethnicity is of part-Irish descent. He’s known best as a reality television personality, a cast member of the series “Pawn Stars” about work at The Gold and Silver Pawn Shop, a family business founded in 1989 by his grandfather Richard ‘Old Man’ Harrison. The series won four awards from the American Society of Composers, Authors and Publishers (ASCAP) Top Television Series, and was nominated three times for Critics Choice Award Best Reality Series.

The “Pawn Stars” series follows daily activities at the aforementioned pawn shop, the interactions with customers who bring various artifacts to pawn or sell, with each episode having some historical background, in addition to which viewers can see their personal interactions. The main cast of the series are Corey, his grandfather, his father Rick Harrison, and his childhood friend Austin ‘Chumlee’ Russell; Corey has two brothers Jake and Adam, however, they aren’t part of the cast.

Corey started working at the shop at the age of nine, eventually becoming the manger, and presumably will eventually be the boss, according to his father’s words, although he often comes into conflict with him over his knowledge of the shop’s inventory.

He wanted to leave the family business, saying that he will stay if they give him a 10% partnership in the shop, however, in the end he got a 5% partnership and a raise.

Korina was Corey’s second wife – he was married his high school girl Charlene, but they divorced in 2015; some rumors were saying that they have a daughter together, namely Sarina, however, this assumption hasn’t been confirmed by Corey.

Corey is a big fan of motorcycles; he had an accident the day before his 31st birthday. On 26 April 2014 he was riding his Harley Davidson from Las Vegas to San Diego when he lost control of his motorcycle; he had back and foot injuries, and a broken arm.

In 2021, he was accused of causing another accident with a rented recreational vehicle (RV) – the damage to the car was estimated at $30,000, which Corey refused to pay, so the owner of the RV filed a complaint with the police department in Las Vegas.

Corey is active on social media platforms, particularly on his Instagram account, which has been followed by nearly 400,000 people, and his Twitter profile has over 150,000 followers. He has a Cameo profile on which his video for personal use costs $26, and if you want him to film for your business, it will cost you $880.