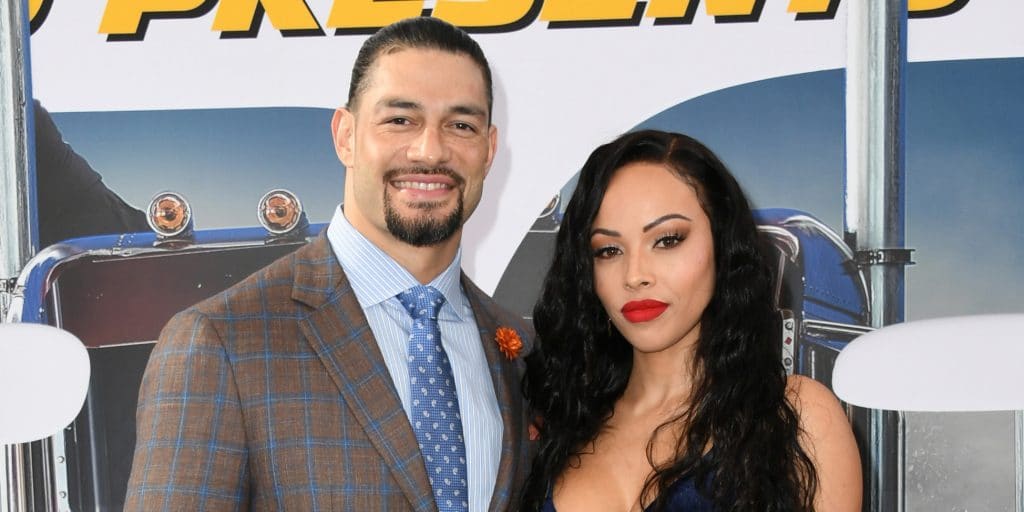 Who is Galina Becker?

Galina Joelle Becker was born under the zodiac sign of Pisces on 11 March 1987, in Jacksonville, Florida USA. She holds American nationality, and her ethnicity is Afro-American. She’s a fitness model, former athlete and a social media star, but perhaps known best as the wife of professional wrestler Roman Reigns.

Galina was raised alongside two sisters, Molisa Cooper and Undine Becker, by their parents Kevin and Mildred Becker, however, there is no information about their occupations or what they are doing in the present.

She attended Mt. Pleasant High School, where she was into sports and outdoor activities, including a member of her school’s field and track team.

Upon matriculating in 1995, she enrolled into Georgia Institute of Technology, and graduated with a Bachelor’s degree in Management in 1999.

Career as an athlete

Galina was trained at high school by its coach Steve Nelson, and she won regional titles in long and triple jump; in the following years of her career as an athlete, she set up a record for the Central Coast Section in triple jump, and she still holds that record with a mark of 40ft 5ins (12.34m). Galina also played volleyball during her high school years, and won a cloth letter in the sport for a season.

Galina was also active as an athlete while studying at the Georgia Institute of Technology, and registered an outdoor-season best time in the 100-meter high hurdles of 14.92, and had the season-best time in the 100-meter dash with a time of 12.76 at the Yellow Jacket Invitational; in the long jump at the Atlantic Coast Conference (ACC) Outdoor Championships, she had a season-best leap of 17ft 75ins, which brought her 15th place; at the Tiger Classic in the 60-meter hurdles she had a season-best time of 9.48.

In the following season at the Auburn Tiger Classic, she scored an outdoor season-best mark of 38ft 2.75ins (11.6m) in triple jump, and placed 13th in the triple jump at the ACC Outdoor Championships with a leap of 37ft 6ins (11.46m); this was Galina’s most recent competition.

Who is Roman Reigns?

Roman Reigns was born as Leati Joseph Anoa’i, under the zodiac sign of Gemini on 25 May 1985, in Pensacola, Florida USA. He holds American nationality, and his ethnicity is mixed, as he’s half-Samoan and half-Italian. Roman is a professional wrestler, and former American Football player. He’s the current World Wrestling Entertainment (WWE) Universal Champion in his second reign. He comes from a wrestling family, as his father Sika, brother Rosey and his cousins Yokozuna, Rikishi, Umaga and Dwayne “The Rock“ Johnson are also wrestlers.

His father, Sika Anoa’i was inducted into the WWE Hall of Fame and the Profesional Wrestling Hall of Fame; unfortunately, his brother Rosey, whose real name was Matthew Tapunu’u Anoa’i, died in January 2014, after congestive heart failure.

His mother Patricia is very supportive of him, and often goes with Roman to his WWE gigs, and has her place in the front row.

Roman attended Pensacola Catholic High School and Escambia High School, and upon matriculating in 2003, entered Georgia Institute of Technology from which he graduated with a Bachelor’s degree in Management in 2007.

While he was in Escambia High School, he played football for school teams, and by the magazine “Pensacola News Journal”, he was named The Defensive Player of the Year while he was in his senior year.

During his studies at the university, he played for the Georgia Tech Yellow Jackets football team, and was the captain of the team in his senior year.

After graduating, he was signed by the Minnesota Vikings in May 2007, but during a regular medical examination it was discovered that he has leukemia, and so was released from the team. In the same year, he signed a contract with the Jacksonville Jaguars, but was also released only a week later. In 2008, he played one season with the Edmonton Eskimos, however, on 10 November 2008, he retired from professional football.

Relationship and marriage with Roman Reign

Galina and Roman met while they were students at the Georgia Institute of Technology, and started dating. Galina gave birth to their first child Joelle Anoa’i on 14 December 2008, and apparently this was the reason why she quit her career as an athlete, to take care of her kid.

Roman proposed to Galina on 26 February 2012, and they were engaged for two years, before they married on 6 December 2014.

The wedding was on the private Disney’s Castaway Cay in the Bahamas, and since they are both big fans of Disney, they chose the song “A Whole New World“ from the animated movie “Aladdin“ for their wedding song.

In 2016, Galina gave birth to their twin boys, and in 2020 to second baby twins. There is no information about the gender of the second twins, or the names of the four of them.

Galina and Roman have kept their children’s lives private, although they let their daughter Joelle appear in a commercial alongside her father, for the Administration for children and Families in 2016.

Galina’s hobbies and other interests

Galina’s favorite hobby is fitness, and she also enjoys swimming on summer nights.

As a fitness model, she has worked on television as a fitness trainer, and is still active in visiting gyms and taking part in outdoor activities.

Since she became a mother, she spends her time with her children, but in her spare time, likes to watch movies or go for a long walk with her husband Roman.

Galina doesn’t have an account on any social media networks, so there have been various rumors about her life with Roman; her fans can only see her in Roman’s posts or in some commercials in which she has appeared.

As of September 2021, her net worth has been estimated at $3 million, and her husband Roman’s wealth is reputedly over $12 million.