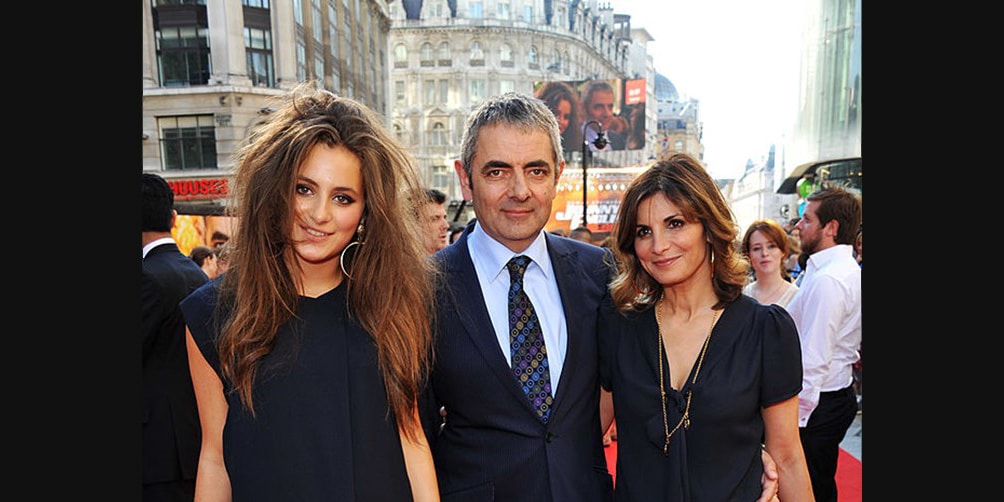 Who is Lily Sastry?

Lily Sastry was born as Lily Atkinson, under the zodiac sign of Cancer on 11 July 1995, in London, England; she holds British nationality and her ethnicity is of mixed Anglo- Indian and White descent. She is an actress, burlesque dancer, and singer, but perhaps known best as the daughter of the famous comedian and actor Rowan Atkinson, and his ex-wife, make-up artist Sunetra Sastry.

Lily was raised in London alongside her brother Benjamin by her parents, who divorced in 2015 after 25 years of marriage – Lily decided to use her mother’s surname instead of her father’s.

Lily attended a private middle school in London, and then enrolled at the boarding Oundle School, in Northamptonshire, England. Upon matriculating in 2013, she didn’t enroll at college, but pursued her acting and singing career.

Her parents supported her dream to become a singer, so she took singing and acting classes from the age of five, even recorded her songs and uploading them onto SoundCloud, but which are now deleted – the reason for that is unknown.

Lily once stated that despite the fact that she’s a daughter of a famous couple, she doesn’t want to live in their shadows, and will continue to build her career on her own, no matter how hard that will be.

Lily made her acting debut in the 2004 portraying New Recruit in the movie “Tooth”, followed by her appearance as Lily at the Stereo in the “Mr. Bean’s Holiday” starring her father Rowan Atkinson, Steve Pemberton and Willem Dafoe.

In 2011, she was cast to play Girl with Crash Helmet in another movie starring her father, “Johnny English Reborn”, and after that, she portrayed Amy in the short movie “The Fifty Cent Smile”, starring alongside Silvan Friedman in this romantic family drama directed and written by Adlee Fayyaz.

This was Lily’s most recent role on the big screen before she launched her career at the Saint James Theatre, in London, performing her burlesque show “Lily”, in which she sang songs written by herself, backed by a live band.

Her songs were a unique blend of jazz and R&B music, and her dance was sassy and cheeky, wearing costumes, stockings and kitten ears.

Nowadays, Lily is still dancing, singing and performing in the theatre.

There were various rumors about her love life, however, she hasn’t spoken about any man whom she has been with, preferring to keep her private life away from the media’s attention; as of late 2021, she seems to be single, hasn’t been married or engaged, and doesn’t have children.

As of December 2021, her net worth has been estimated at close to $1 million.

Who is Rowan Atkinson?

Rowan Sebastian Atkinson was born under the zodiac sign of Capricorn on 6 January 1955, in Consett, County Durham, England; he holds British nationality and his ethnicity is White. He is a writer, producer and actor with over 80 credits to his name, perhaps still known best for his role as Mister Bean in the eponymous television series, which was five times nominated for the British Academy of Film and Television Arts (BAFTA) Award.

Rowan was raised in Consett alongside his brothers Rodney, Rupert, and Paul who died at an early age; his parents were Eric, a farmer and company director, and Ella May, a housewife.

He attended Durham Choristers School and then St Bees School, and upon matriculating in 1973, he enrolled at Newcastle University, from which he graduated with a Bachelor’s degree in Electrical and Electronic Engineering, in 1975. He continued his education at The Queen’s College, Oxford, where he earned a Master’s degree.

While he was at the college, he started writing and performing sketches for Oxford University Dramatic Society, where he met composer Howard Goodall and writer Richard Curtis, with whom he continued to collaborate during his acting career.

Rowan made his acting debut in the 1979 TV movie “Canned Laughter”, which he wrote, and starred in alongside Joan Scott and Sue Holderness, followed by his appearances in numerous movies and series, before he was cast to play Small-Fawcett in the James Bond film “Never Say Never Again” acting alongside Sean Connery, Klaus Maria Brandauer, and Kim Basinger.

In the late ’80s, he starred in the series “Blackadder II” and “Blackadder the Third”, which won the BAFTA award – Best Comedy Series, in 1988.

In the following years, he acted in numerous series and movies, and was cast to play Father Gerald in the Oscar-nominated movie “Four Weddings and a Funeral”, starring Hugh Grant and Andie MacDowell; the movie had 28 award nominations and won 24, and Oscar nominations were for Best Picture and Best Writing, Screenplay Written Directly for the Screen awards.

In 1997, he co-wrote the script with Richard Curtis for the first “Mr. Bean” movie, which had its sequels during the following years entitled “Mr. Bean’s Wedding”, “Mr. Bean’s Holiday”, and “Mr. Bean: Funeral”.

Another Rowan notable role is his portrayal of Johnny English, a British spy, not quite intelligent and capable, however, hilarious for the public; the first movie “Johnny English” was filmed in 2003, starring Rowan alongside Natalie Imbruglia and John Malkovich, followed by its sequels “Johnny English Reborn”, and “Johnny English Strikes Again”.

Speaking about Rowan’s love life, he was married to Sunetra Sastry from 1990 until 2015, when he divorced her and started a relationship with comedian Louise Ford, with whom he has daughter Isla. When Rowan divorced her mother, Lily changed her last name as a tribute to her mother, saying that she was hurt when her father left her mother because of a woman who is just a couple of years older than Lily.