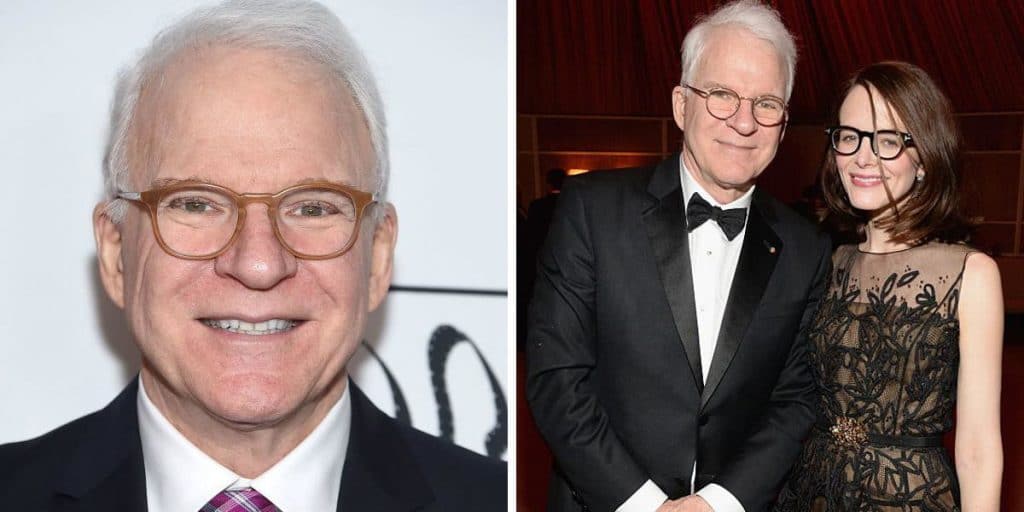 Who is Anne Stringfield?

Anne Powell Stringfield was born in 1972, in Pensacola, Florida USA – she holds American nationality and her ethnicity is White. She’s a writer, but perhaps only known as the wife of the famous comedian, writer and actor Steve Martin.

Anne was raised in Pensacola alongside her younger sister by their parents, mother Margo who was an archaeologist, and father Doctor James Stringfield, who was a pulmonologist.

She attended Pensacola High School, and upon matriculating in 1990, enrolled at Davidson College, from which she graduated with a Bachelor’s degree in English Language and Literature in 1994.

Happy Anniversary Steve Martin and Anne Stringfield! The iconic actor and his wife are celebrating 13 years of marriage today!

Anne is a writer, who worked for The New Yorker magazine as an editor, and as a freelance writer for the magazine Vogue, writing reviews for off-Broadway plays and art; nowadays she is devoted to raising her daughter.

While Anne worked for The New Yorker as a fact-checker, she spoke with Steve on the ‘phone about his work on one of his movies, and their ‘phone talks continued for a year before they met in person.

They started dating in 2004, and on 28 July 2007, the two married in the presence of their families and friends, although the guests were not aware of the fact that they were invited to the wedding.

It was a surprise for all 75 guests, among which were Diane Keaton, Carl Reiner, Tom Hanks, and former Nebraska senator Bob Kerrey who presided over the ceremony.

In 2012, Anne and Steve became parents of a daughter named Mary, and as of late 2021, they live a happy life in their residence in Los Angeles, California, enjoying their love and raising their now ten-year-old daughter.

Who is Steve Martin?

Stephen Glenn ‘Steve’ Martin was born under the zodiac sign of Leo on 14 August 1945, in Waco, Texas USA; he holds American nationality and his ethnicity is of mixed Irish, Scottish, German and English descent.

He’s a writer, producer, musician and an actor with nearly 70 credits to his name, perhaps known best for his roles in movies such as “Three Amigos!”, “Father of the Bride”, and “The Pink Panther”.

Steve was raised alongside his sister Melinda, by their parents, mother Mary Lee who was a real estate salesperson, and father Glenn Vernon who was an actor. The family moved from Waco to Inglewood, California, and later to Garden Grove, California, where Steve attended Garden Grove High School, and upon matriculating in 1963, enrolled at Santa Ana College. After a year of studying philosophy, he transferred to the University of California, Los Angeles (UCLA), to study theatre, but eventually dropped out of college.

Steve worked as a stand-up comedian in the clubs before he made his acting debut in the 1972 movie “Another Nice Mess”, portraying Hippie, followed by roles in movies “The Jerk” for which he wrote the screenplay, and “Pennies from Heaven”, “The Lonely Guy”, and “All of Me”.

In the ‘90s he appeared in “Three Amigos!”, “Mixed Nuts”, “Leap of Faith”, and “The Spanish Prisoner”, among others, and the 2000s saw him in his hit films “The Pink Panther” and its sequel “The Pink Panther 2”, “Baby Mama”, and “It’s Complicated” starring alongside Meryl Streep and Alec Baldwin.

In the 2011 comedy drama “The Big Year”, Steve starred alongside Jack Black and Owen Wilson, followed by his roles as Norm in “Billy Lynn’s Long Halftime Walk”, and as George Banks in the third sequel of “Father of the Bride”, which was his most recent role in the movie.

His fans can enjoy his portrayal of Charles- Haden Savage in the 2021 series “Only Murders in the Building”, starring alongside Selena Gomez and Martin Short in this comedy crime drama, which won I Talk Telly Award Best International Comedy award.

Steve became interested in comedy when he was in college, and began as a writer for “The Smothers Brothers Comedy Hour” – which brought him an Emmy Award – then for “The Glen Campbell Goodtime Hour”, and 37 episodes for “The Sonny and Cher Comedy Hour”.

In the following years, he wrote for numerous series, TV specials, documentaries and movies; the screenplay for both “The Pink Panther” movies was written by him, and he also wrote the special material for the 73rd and 75th Annual Academy Awards.

In 2014, he was rewarded with the Academy Award, USA Honorary saying ‘To Steve Martin in recognition of his extraordinary talents and the unique inspiration he has brought to the art of motion pictures’, and a Primetime Emmy Award Outstanding Writing Achievement in Comedy, Variety or Music.

Steve has won five Grammy Awards, and received the Mark Twain Prize for American Humor; in 2004, he was ranked sixth in a list of the 100 greatest stand-up comedians.

Speaking about Steve’s love life, he dated actresses Bernadette Peters and Mary Tyler Moore, and was married to Victoria Tennant, an English actress known for her roles in the movies “All of Me”, Flowers in the Attic”, and “The Handmaid’s Tale”. The two married in 1986 but divorced in 1994, without having children together.

Steve is known as an art collector – he exhibited his collection in the Bellagio Gallery of Fine Art, in Las Vegas, Nevada, and there were 28 items including works of Pablo Picasso, Edward Hopper, Roy Lichtenstein and David Hockney; he was a trustee of the Los Angeles County Museum of Art, since 1984 until 2004.

Steve has an Instagram account, which has been followed by over 45,000 people, and his official Facebook page has nearly 3.5 million fans, where his fans can keep track of his work since he often posts updates; he’s announced the shooting of the season two of the series “Only Murders in the Building”.