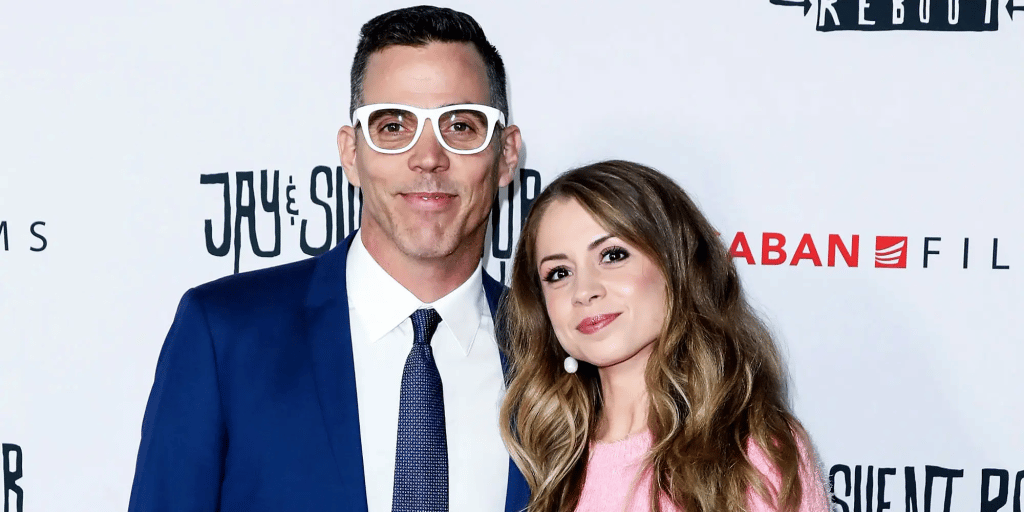 Who is Lux Wright?

Lux is a photographer, prop stylist, visual artist and producer, but perhaps best recognized as the fiancée of the actor and comedian Stephen Gilchrist Glover, professionally known as Steve-O. Additionally, she has launched a career as an Instagram star and influencer with an impressive following. Lux was born under the Zodiac sign Taurus on 19 May 1987 in Los Angeles, California, USA, so as of 2022, she is 34 years old and holds American nationality.

Lux was born to Glower Wright, while her mother’s name remains undisclosed, however, it’s known that she passed away when Lux was nine years old. Lux hasn’t revealed any information about siblings, or whether she’s an only child.

Talking of her educational qualifications, after matriculating from high school, she enrolled into the Fashion Institute of Design & Merchandising (FIDM) in Los Angeles, California, graduating with an Associate Arts degree in 2007.

While attending the Fashion Institute, she launched her career as a sales associate, working for “Dolce & Gabbana” and “Nest Studio Rentals” between 2006 and 2009.

In 2010, Lux found employment as a stylist intern at the Chic Little Devil, accumulating knowledge and experience in the industry. Later she worked for Rock Sugar Pan Asian Kitchen, serving as an event coordinator. She primarily operates as a photographer, prop stylist, and designer for commercials, campaigns and TV shows.

Recently she dipped her toe into the entertainment industry as a producer, collaborating with her fiancée as an executive producer for the comedy movie “Steve-o: Gnarly” (2020), additionally making an appearance in the film.

During the same year, Lux co-wrote and had a minor role in “No Pain in Vain: The Shocking Life of Steve-O.”

Some of the magazines and brands she’s worked for include “Santa Barbara Life and Style,” “Loft x Buzzfeed,” and “Disney,” among others.

In July 2021, she served as a designer and stylist for the “ArchDigest” shoot for Cara Delavigne. Then, in January 2022, she worked with Cher for the “Uggs” campaign, and wrote in her Instagram post: ‘a huge thank you to the ever talented Set Designer @lizzielang for having me on this unforgettable project.’

She has been in a relationship with Steve-O since 2017, officially announcing their engagement in January 2018 via an Instagram post which read: ‘Last night, in front of a bunch of my Jackass buddies, my closest friends, my dad, and my sister… she said “yes.” I planned that for more than six months, and I’m so happy— I can’t wait for you all to see it.’

According to their Instagram post, they still haven’t tied the knot, but are having the time of their lives and enjoying each other’s company, while their fans are waiting for the official wedding date. They are often featured on their social media accounts.

While nothing is known about Lux’s dating history, Steve-O has had quite a turbulent love life; he’s been married twice. In 2002 he married Candy-Jane Tucker, but they divorced the following year.

In 2006 he walked down the aisle with Brittany McGraw, however, this marriage did not last long either, and they parted ways in 2008.

As of 2022, Lux’s estimated net worth is around $300,000, which she’s earned as a stylist, designer and visual artist. On the other hand, Steve-O’s wealth is in the range of $3 million, which he’s acquired through his career as an actor and comedian.

On Instagram, she’s amassed quite a following, nearly 350,000 followers.

Lux also has her official website for her works as a stylist and concept developer, entitled “The Manner of Lux,” on which she posts her projects.

Steve-O was born in Wimbledon, London, England, and raised by his American father of British ancestry Richard Glover, while his mother, Donna Glover, was from Canada. As his father worked as an executive for Pepsi-Cola, the family spent most of his childhood years traveling around the world, living in various countries including Brazil, Venezuela and the US.

When he was 13, Steve-O and his family settled in England, where he received his secondary education.

After matriculating from the American School in London, he had a brief stint at the School of Communication at the University of Miami, however, he soon dropped out due to poor grades. He then began attending the University of New Mexico, but ultimately switched to Ringling Brothers, Barnum & Bailey Clown College, graduating in 1997.

He began his career as an entertainer and comedian working as a circus clown, and filming his stunts. After sending those videos to the magazine “Big Brother” editor and director Jeff Tremaine, he was given the green light.

After the reality series ended, he joined the cast of the “Jackass” spin-off series “Wildboyz,” which he co-created with Chris Pontius and Jeff Tremaine. The show ran for four seasons, and featured Steve-O and Chris Pontius traveling around the globe and performing dangerous stunts with animals. He also launched the show “Dr. Steve-O,” but it didn’t attain the expected attention, and was canceled after one season. Throughout his prolific career as a TV personality and entertainer, Steve-O has appeared in several other shows, including “Nitro Circus,” “Germany’s Next Top Model,” and “Celebrity Juice.” He also has over 15 movie credits under his belt, including “Blind Horizon”(2003), “Barely Lethal” (2015), and “Guest House” (2020).

Regarding his upcoming projects, he is set to appear in several projects, including “Jackass Forever” (2022), and “The Brandon Novak Story.”

While pursuing his career as an entertainer, he battled addiction and mental problems, with occasional run-ins with the law. In 2008 he was admitted to rehab due to suicidal thoughts, later attributed to his diagnosis of bipolar disorder.

In the same year, he was arrested for possession of cocaine, but avoided jail by completing his treatment program.

In addition to his prolific career, he’s emerged as a YouTuber and social media star. His Instagram has six million followers, while his self-titled YouTube channel has over six million subscribers. He posts new content weekly.