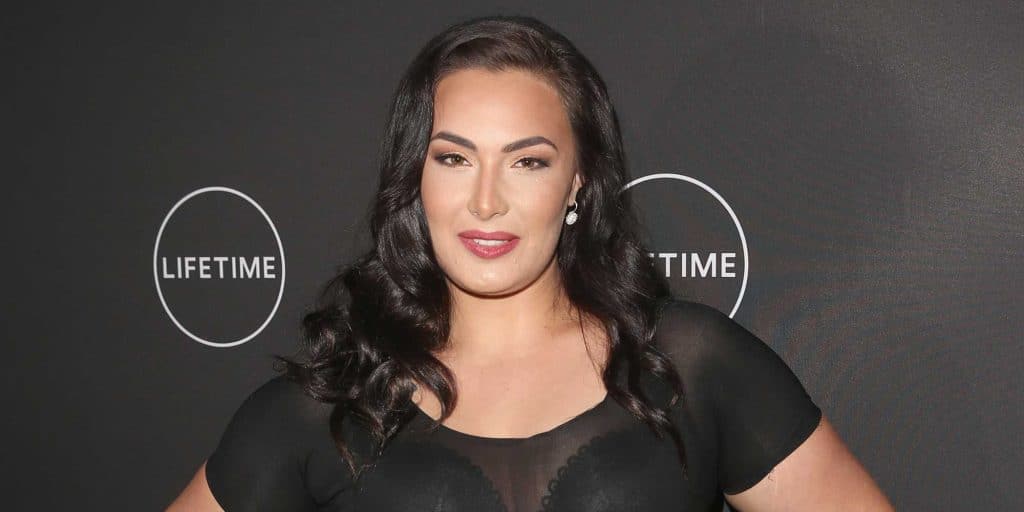 Annaliza Seagal was born in Los Angeles, California USA, on 20 June 1987 – her zodiac sign is Cancer, and she holds American nationality. She’s known for being the daughter of the famous American actor/director Steven Seagal and his ex-wife and actress Kelly LeBrock.

Annaliza grew up in California, along with her two younger siblings, Arrisa and Dominic. Their parents married in 1987, it was Steven’s second marriage and Kelly’s first. They were together for more than nine years, but eventually separated in 1996, citing irreconcilable differences.

Posted by Rainviewmedianetcom on Wednesday, April 11, 2018

During that time, the two were followed by rumors concerning Steven’s infidelity, namely, he and Kelly started seeing each other while he was still married to the “Days of Our Lives” star Adrienne La Russa, and it was reported that he was cheating on Kelly with their nanny Arrisa Wolf. Following their divorce, Kelly received full custody of their children, and moved to Santa Barbara, California with them, where she raised them away from the public eye.

Kelly married again, but didn’t have any more children, while Steven married a non-celebrity Mongolian woman, Erdenetuya Batsukh, better known as Elle, with whom he has a son, Kunzang. From her father’s side, Annaliza has three more half-siblings, Ayako Fujitani, Kentaro Seagal and Savannah Seagal.

Annaliza matriculated from a local high school in 2005, and then enrolled at college. Not a lot is known about her further career, as she preferred to stay out of the public eye, despite being the daughter of famous parents.

Annaliza hasn’t made many public appearances since her parent’s divorce, and her private life remains a mystery for the most part. Her most recent outing was in 2017, when she appeared alongside her mother and sister on the red carpet of the Lifetime documentary series “Growing Up Supermodel”.

Annaliza isn’t active on social media either, unlike her sister Arissa, who is a model and often poses for Instagram photos. As for her love life, she currently appears to be single, hasn’t been married or engaged, and doesn’t have children.

Who is Annaliza’s father Steven Seagal?

Steven Seagal was born in Lansing, Michigan USA, on 10 April 1952 – his zodiac sign is Aries, and he holds American, Russian and Serbian nationality. He’s an actor, musician, screenwriter and a martial artist, perhaps known best for his roles in action movies, such as “Under Siege”, “Exit Wounds” and “Hard to Kill”.

Steven was born to a medical technician Patricia and high school teacher Samuel Seagal; es evidenced by his nationalities, he comes from a diverse ethnic background, having Russian, Jewish, German and Dutch ancestry.

When he was five years old, he moved to Fullerton, California with his parents, where he attended the local Buena Park High School, from which he matriculated in 1970, and then enrolled at the Fullerton College, but dropped out a year later. Growing up, he had a lot of interests, particularly in music and martial arts.

After dropping out of college in 1971, Steven moved to Japan to learn about martial arts. He returned to California in 1974, which is when he met his first wife, Miyako Fujitani, a daughter of an aikido master from Osaka, Japan who had come to Los Angeles to teach. In the 1980’s the two spent a few years in her home country – Steven became the first non-Asian to open a dojo in Japan.

Steven made his film debut in the 1987 action thriller “Above the Law”, directed by Andrew Davis.

The film became a box-office hit, and Steven thus got a chance to star in many other action films, such as “Hard to Kill” (1990), “Marked for Death” (1990) and “Out for Justice” (1991), which made him an action movie icon. In 1992, he had a role in the thriller “Under Siege”, which helped him reach an even wider audience and mainstream success.

In 1991, he was infamously featured on the comedy sketch TV show “Saturday Night Live”. He was invited as a host, but his appearance on the show was poorly received by the viewers who largely found him to be humorless. The show’s cast member also revealed that they had a difficult time dealing with the action star, who repeatedly made rude remarks towards them, and refused to film a sketch for the show.

Steven made his directorial debut with his 1994 environmental action film “On Deadly Ground”, in which he also played the leading role, while Billy Bob Thornton, Michael Caine and R. Lee Ermey played supporting characters. The film focused on the motifs of nature and spirituality, signaling Steven’s departure from the stereotypical inner-city cop movie persona. After appearing in action blockbusters such as “Under Siege 2: Dark Territory” (1995) and “The Glimmer Man” (1996), he starred in and directed another environmental action film, “The Patriot”, which he produced with his own money, and filmed near his farm in Montana.

Steven Seagal’s popularity as an actor saw a sharp decline in the early 2000’s, and other than “Machete”, in which he played the main villain, none of the other films he’s worked on since 2001 have seen a theatrical release in USA.

In 2009, he ventured into reality TV, launching his own show entitled “Steven Seagal: Lawman”, however, the show was relatively short lived, running for only 24 episodes. Two years later, he produced and starred in his action TV series “True Justice”.

Aside from being an actor and a martial artist, Seagal is also an accomplished musician and guitarist. He released his debut album “Songs from the Crystal Cave” in 2005, which featured a mix of blues, country and pop music, followed by his second release “Mojo Priest” in 2006. In the same year, he formed the band Thunderbox, which whom he has had a successful European tour, but they are yet to release an album.

Steven reportedly holds citizenship in three countries: USA, Russia and Serbia – he was granted the Serbian citizenship in January 2016, following numerous visits to the country, and was even formally asked to teach aikido to the Serbian Special Forces. In November the same year, he was also granted the Russian citizenship, after he’d reportedly been asking for it for years. Some sources have cited that Seagal and the Russian president, Vladimir Putin, are friends, but although Seagal has stated that he considers Putin to be like a brother to him, Putin has distanced himself from the American actor.