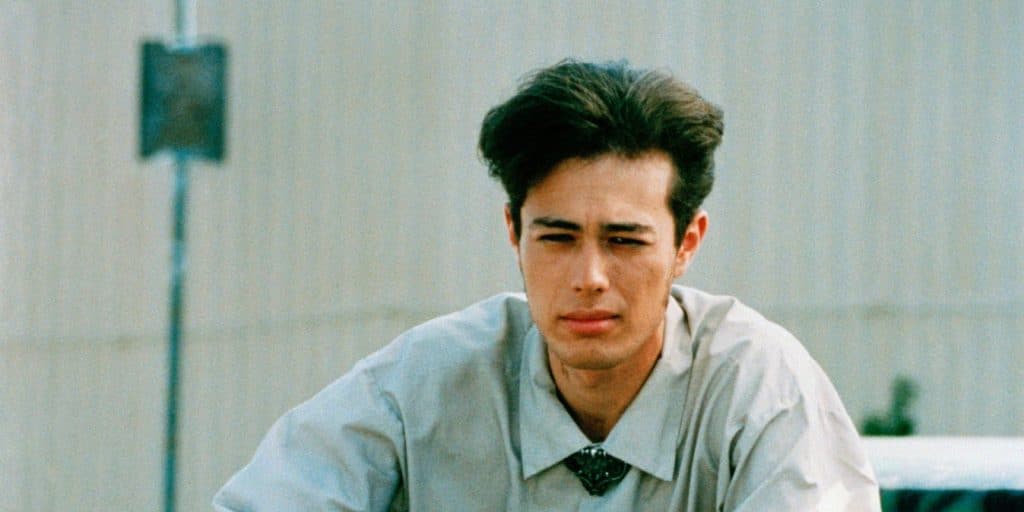 Who is Kentaro Seagal?

Kentaro Segal is a former actor, but perhaps best recognized as the oldest son of the martial arts legend and actor Steven Seagal. He was born under the Zodiac sign Libra on 3 October 1975, in Osaka, Japan.  He’s of mixed Japanese and American ancestry, holds Japanese nationality, and as of 2021, is 46 years old.

His mother’s name is Miyako Fujitani, and she previously worked as an Aikido instructor.

He has a sister Ayako, and five half-siblings – Annaliza Seagal, Dominic Seagal, Arissa LeBrock, Savannah Seagal, and Kunzang Seagal – from his father’s other relationships and marriages.

Reportedly, he attended the Brewster Academy located in Wolfeboro, New Hampshire, alongside Arthur Bernstein, who later became a famous writer /producer. Besides martial arts, Kentaro also displayed interest in other sports, such as basketball.

His sister, Ayaka, is a writer and actress who’s mainly starred in Japanese movies, including the “Gamera” trilogy, “The Lion Standing in the Wind”, and “The Last Ship”. Additionally, most of his half-siblings also followed in their father’s footsteps and launched careers in various fields of entertainment.

Kentaro had a very brief acting career, which at the beginning seemed very promising. According to the Los Angeles Times, in 1998 he signed a multi-million dollar deal with Miracle Entertainment and was supposed to appear in five movies. however, that never happened.

He landed his first role in 1999, portraying J.B., one of the main characters in the drama /action movie “Seamless”. The film revolves around J.B., a clothing store owner who devotes his time to helping children from his block, but gets distracted by lust and desire. During the same year, he had a minor role in the Japanese family/drama movie “Osaka Story”, and in 2001, Kentaro was cast as Tatsuo in the film “Pi-Pi Kyodai”.

His last role was in 2005 when he was cast as Sid in the Japanese film “Death Trance”, alongside Tak Sakaguchi, and Takamasa Suga. After this role, he withdrew from the entertainment business for unknown reasons.

He hasn’t made a public appearance in a long time, and it seems that he prefers his life away from the limelight. According to sources, in 2013, he was teaching Aikido at a school in Southern California.

Given that he is a very secretive person, not much is known about his dating history. In 2005 he married Yin Tze in a private ceremony, after a couple of years of dating. They welcomed two children but haven’t revealed their names or exact dates of birth.

His relationship with Steven Seagal

Interestingly, he is not on good terms with his father, they don’t even communicate.

After Steven was accused by his former executive assistant of sexual harassment, illegal trafficking, and retaliation, Kentaro spoke to the media outlet Radar Online and disclosed: ‘I don’t know anything about it. I’m not doing anything at all. I’m not not supporting him or supporting him, you know. He’s just my father and that’s all it is.’

He also added: ‘I don’t want to have a relationship, actually, you know. I don’t know him. I mean, I do my thing and he does his.’

According to sources, as of 2021, his estimated net worth is around $300,000. On the other hand, his father’s net worth is reputedly over $16 million, acquired largely through his career in the entertainment industry.

Steven was born in Lansing, Michigan, in 1952, to medical technician Patricia and mathematics teacher Samuel Seagal.

After having obtained the 7th-dan black belt in aikido, he started working as a martial arts instructor in Japan, and with that, he became the first foreigner to operate an aikido hall. Later, he relocated to Los Angeles, where he continued working as an instructor.

He kicked off his career in the entertainment industry as an instructor and stuntman in 1982, appearing in movies such as “The Challenge”, “Hard to Kill”, and “Above the Law”. Not only did he act and provide his knowledge on martials arts, Steven also wrote, produced and directed movies during his career now spanning nearly five decades. With over 60 credits under his belt, his most notable roles include in movies such as “The Keeper”, “Half Past Dead” and “Under Siege”.

Besides his prolific acting career, he’s also dipped his toes in music, releasing two studio albums, “Songs from the Crystal” and “Mojo Priest”. He holds Serbian, Russian, and US citizenship.

Interestingly, he is also known for having worked with the police, as a former Reserve Deputy Chief in Louisiana, which prompted A & E to offer Steven the main role in the TV series entitled “Steven Seagal: Lawman”. The show follows his work with the police’s office in Louisiana, resolving conflicts and apprehending individuals.

Despite his successful and world-renowned acting career, he’s found himself in hot water several times. From 1990 to 2020, he was accused of numerous crimes ranging from sexual harassment, sexual assault, and illegal trafficking.