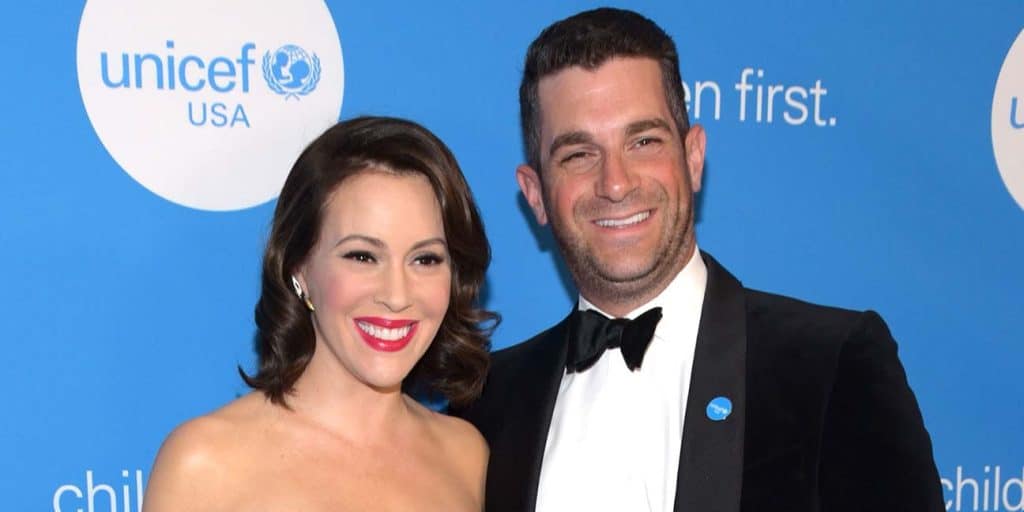 The Untold Truth About the husband of Alyssa Milano, David Bugliari

David Bugliari is perhaps known best as the husband of the “Who’s the Boss” actress Alyssa Milano. He is also an American talent agent of a well-known agency for Hollywood movies and shows.

David ‘Dave’ Bugliari is an American national born in New Jersey, USA, on 17 December 1980, to parents Elizabeth and Miller Bugliari, and raised with two older brothers, Anthony Stewart and Miller Boyce. His father was a soccer coach at Pingry School in Martinsville, from which he also matriculated after four years in high school, during which he became the captain of their school’s soccer team under the supervision of his father.

There is no information on where he graduated from college, but he finished with a bachelor’s degree.

David is very discreet about how his career has blossomed, but he’s recognized as a business executive, talent manager, and social media celebrity. He’s well-known for being one of the founders of the sports agency Los Angeles Range Media Partners, and has worked for the renowned Creative Artists Agency (CAA), in Hollywood, through which numerous celebrities have started their career, including Bradley Cooper, Glenn Close, Margot, and Lucas Hedges.

He also met his future wife, Alyssa Milano through the agency since he represented her.

Dave and Alyssa started dating a month after they met in 2007. The following year, Dave proposed, and the couple married on 15 August 2009 in a simple garden wedding ceremony held at the estate home of David’s parents in New Jersey; only their families and friends were invited to attend their wedding. Dave is eight years younger than his wife, and he is the second husband of the actress. Their firstborn is Milo Thomas, on 31 August 2011, followed by Elizabeth Dylan on 4 September 2014.

Alyssa Jayne Milano is an American actress, producer, singer, author, and activist. She was born in the Bensonhurst neighborhood located in New York’s Brooklyn borough into a family of Italian descent. Alyssa’s father, Thomas Milano, is a film music editor, while her mother, Lin Milano, is a fashion designer and a talent manager. She has a brother named Cory Milano. Alyssa began her career as an actress when she was seven years old, when her caretaker took her to audition for the Broadway musical “Annie”; she was chosen as one of four from over 1,500 girls who auditioned.

She then appeared in many television commercials. She made her film debut when she was 11 years old, in the 1984 “Old Enough,” an American drama screened at the Sundance Film Festival, where it was awarded first prize. She has appeared in several films and television series since – her latest film is “Brazen,” in which Alyssa portrayed the lead role of Grace, was released on Netflix in January 2022, inspired by the novel of Nora Roberts entitled “Brazen Virtue.” On the other hand, her latest television appearance is in the role of Sara in the comedy series “The Now”, that premiered on 10 December 2020.

She has donated for specific causes and organizations such as UNICEF, joined various campaigns, included collaborating with Charity: Water and PETA for raising funds. She is an advocate fighting the stigma about AIDS. She is also an advocate of life-preserving practice after her uncle had a heart attack while driving that caused an accident.

In 2017, Alyssa and David sued their former business partner Hellie, Hoffer company, or the accountants Kenneth Hellie and Jamie Williams in a $10 Million lawsuit.

The company’s accountants were accused of forging their signatures on checks, failing to pay overdue bills and taxes, mismanaging their money by persuading them to make unsafe investments, which led the couple into financial ruin. The firm counter filed against them, that Alyssa and David spent money out of their budget despite their warnings, and were responsible for their financial loss. After two years, the parties settled the issue for an undisclosed amount in June 2019, before trial.

David’s net worth is projected to be more than $5 million, with an estimated annual income of $700,000, while his wife’s net worth is estimated to be $10 million. His work as a talent agent, scouting and recruiting talents for the movie industry contributed to his wealth. Alyssa’s source has come from her work as an actress.