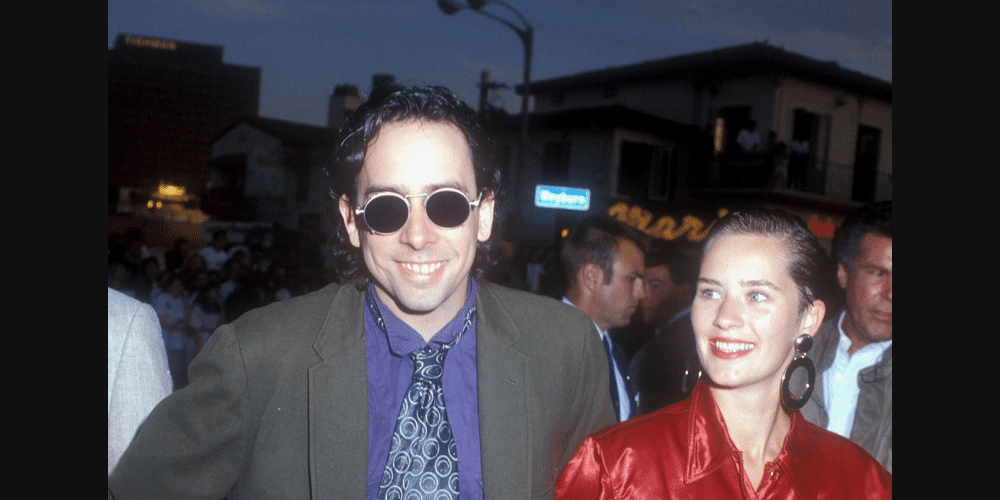 Lena was born in Bremen, then-West Germany, on 12 September 1965 – her zodiac sign is Virgo, and she holds German nationality. She’s a photographer, painter and 3D artist, but perhaps known best for being the ex-wife of the famous American filmmaker, Tim Burton.

Lena was born in Germany, but moved to Greece with her family when she was eight years old. Not a lot is known about her siblings and parents, as Lena hasn’t talked about them publicly. During her school years, Lena showed exceptional artistic and academic potential, which shaped her future career.

She matriculated from the German School of Athens in 1983, and then obtained a scholarship to study at the California Institute of Arts (CalArts), from which she graduated in 1987 with a degree in fine arts and photography. Lena became interested in computer animation and computer science in the early 2000s, and so continued her education at the University Koblenz-Landau, from which she obtained a degree in Computer Graphics in 2004. From 2005 to 2007, she studied Artificial Intelligence and Computer Animation at The University of Georgia. Eleven years later, Lena was awarded a PhD from the University of Stuttgart.

In 1988, Lena worked as an on-set photographer for Tim Burton’s movie “Batman”, which is when she met the legendary film director. The two married in a private ceremony in New York City, in February the following year. Lena accompanied Tim to numerous public events, meeting the likes of Johnny Depp, Wynona Ryder and Steve Buscemi. However, life under constant media attention took a toll on their marriage, and rumors about Tim’s infidelity started appearing in gossip magazines.

Lena and Tim separated in late 1990, finalizing their divorce in November 1991. They had no children together, but apparently stayed on amicable terms.

A few months after the divorce, Tim started living with the model and actress, Lisa Marrie, who went on to appear in several of his movies, while details about Lena’s post-divorce love life haven’t been revealed to the public.

Following her separation from Burton, Len moved back to Germany, where she held several art exhibitions. In 2008, she started working as a 3D artist on movies and TV series, including “Vicky the Viking” and the Hollywood blockbuster “2012” both in 2009, and “When Santa Fell to Earth” (2011).

Since 2016, she has been working as a professor of visual media technologies at the Film University in Balsberg, and is also a guest lecturer at Furwangen University.

Timothy Walter Burton was born in Burbank, California USA, on 25 August 1958 – his zodiac sign is Virgo, and he holds American nationality. He’s a film director, producer, writer, and a visual artist, known for his critically acclaimed fantasy movies, such as “Big Fish”, “Edward Scissorhands”, and “The Nightmare Before Christmas”.

Tim was born to William Burton, a former baseball player, and Jean Burton, the owner of a local cat-themed gift shop.

Tim has been fascinated with horror movies since he was a child – his favorites growing up were the works of Roger Corman. He started making short movies himself at the age of 10, made with the use of stop-motion animation technique. In 1980, Tim graduated from California Institute of Arts, where he studied character animation. He then started an apprenticeship at Walt Disney Studios, which he left after a year to focus on his own work.

It centered on a young couple forced to deal with life after death, starred Winona Ryder, Alec Baldwin and Geena Davis, and was Burton’s first mainstream success, grossing more than $80 million at the box office, and winning an Oscar for Best Make-up.

After forming his own production company in 1989, Tim directed his first big budget feature, “Batman”. The cast included Michael Keaton as Batman, Jack Nicholson as his arch-nemesis, Joker, and was one of the most successful movies of the year, earning more than $100 million in the first week after the release.

In the following year, he directed the surreal comedy “Edward Scissorhands”, which was the first of many collaborations he had with Johnny Depp. The movie is believed to be autobiographical, depicting Tim’s childhood in Burbank.

After the success of “Batman”, Tim was invited to direct its sequel, which he accepted under the condition that he would be granted more total control over the project. “Batman Returns” saw its theatrical release in 1992, and featured the same cast as the original, with the addition of Danny DeVito, Michelle Pfeiffer and Christopher Walken. Although the film raised concerns among some viewers, who thought that its darker tone and overt sexuality were inappropriate for a superhero movie, it was still a huge commercial hit, grossing more than $280 million worldwide.

In 1993, Tim Burton produced the animated musical “The Nightmare Before Christmas”, directed by Henry Selick, but based on characters and stories created by Tim.

It received wide critical acclaim, and an Academy Award nomination in the Best Visual Effects category.

In the following year, Tim directed the biographical comedy drama “Ed Wood”, which starred Johnny Depp in the title role of a middling filmmaker, known for his ‘so bad they’re good’ movies, which have since become cult classics.

In 2001, Burton directed the blockbuster remake of the 1968 science fiction movie “Planet of the Apes”, which starred Mark Wahlberg and Helena Bonham Carter. In the following years, he also worked on “Big Fish”, “Charlie and the Chocolate Factory” and the Oscar-winning animated feature “The Corpse Bride”.

In 2007, Tim reunited with Johnny Depp and Helena Bonham Carter in his musical “Sweeney Todd: The Demon Barber of Fleet Street”, and three years later, in his live action movie adaptation of “Alice in Wonderland”.

Aside from filmmaking, Tim has also received praise for his work as a painter and photographer, and his works were exhibited at the Museum of Modern Art, Los Angeles County of Museum of Arts and Seoul Museum of Art, among others.

From 2001 to 2014, Burton was romantically involved with the actress Helena Bonham Carter, who starred in several of his movies. They have two children together, son Billy born in 2003, and daughter Nell, born in 2007. Helena referred to her separation from Tim as a ‘divorce’ in some of her subsequent interviews, however, it remains unclear whether the two were ever officially married.