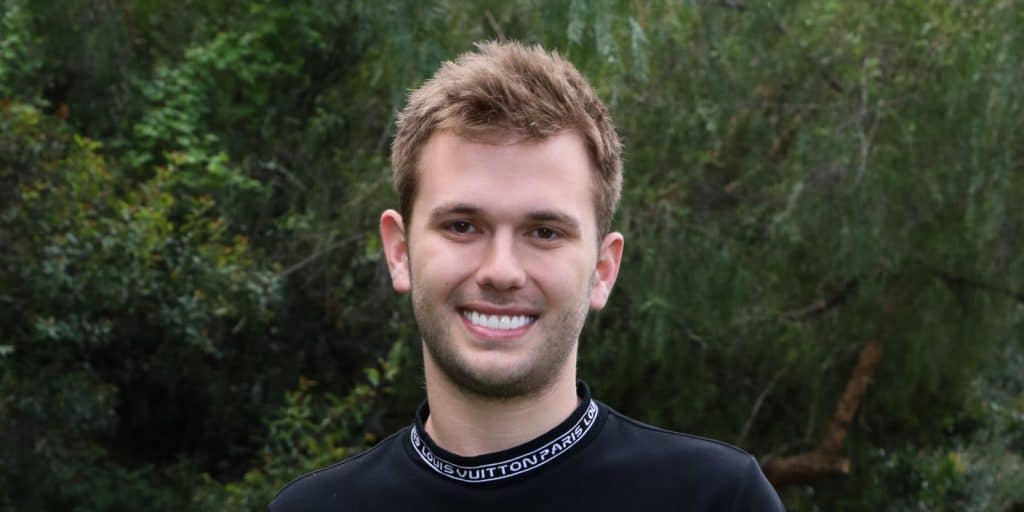 Chase Chrisley gained popularity starring on the reality TV show “Chrisley Knows Best”, which follows the wealthy businessman and tycoon Todd Chrisley and his family. He was born under the Zodiac sign Gemini on 1 June 1996, in South Carolina, USA, so holds American nationality, and as of 2021, he is 25 years old.

Chase was born to Todd and Julie Chrisley and raised alongside his four siblings, Kyle, Savannah, Grayson and Lindsie Chrisley. His father, Todd, is a self-made millionaire and a successful entrepreneur, which led to the creation of the show and raising interest in him and his family’s lifestyle. Julie, his mother, is a housewife, an excellent cook, and the star of the reality show “Cooking with Julie Chrisley”.

Chase shares a very special bond with his younger sister Savannah. Growing up, Chase dreamed about becoming a professional athlete or basketball player. Regarding his education, in 2014, he matriculated from a public high school where he honed his interest for sports, especially football, soccer and basketball. Following his matriculation, he opted to pursue a career as a social media personality and reality star, rather than enroll at university.

Chase got into the entertainment business when very young, as his family became the center of the reality show, which affected his family’s image and boosted their popularity. Following their day-to-day happenings and obligations, the series amassed a huge fan base who found the Chrisley family interesting to watch. Chase is best known for trying out various get-rich quick schemes and techniques, usually with his friend Parker, who also appears on the show. He also gained substantial attention and praise for depicting the miniature version of his father.

The series was initially filmed in Roswell and Alpharetta, then during the fourth season, the show moved to Nashville. Talking of Chase’s personality, he described himself as “A mini version of Todd, who prides himself on being the favorite child, I am always trying to outsmart my dad.”

He has a special relationship with his Nanny Faye, who also stars in the show, and is known for gambling and drinking – he often calls her “his partner in crime”. The show began airing in 2014 and ran for eight seasons until 2019.

Given the enormous popularity it attracted, the show quickly spawned several spin-offs – in 2015, the USA network launched the “According to Chrisley” reality show hosted by Todd, which tackles the truth about family’s romantic issues, marriage, and parenting with celebrity guests. However, the show was canceled after two years due to poor ratings.

In 2019, it was announced that the show would have another spin-off entitled “Growing up Chrisley”, which focuses on Chase and Savannah, who travel from Nashville to Hollywood in hopes of proving their independence and capabilities in making it on their own. Regarded as the show’s favorite, Chase attempts to become an actor in the first season, confident in his talent and Hollywood dreams. Later, he changed his mind and spoke to a media outlet, saying: ‘Acting was what I spent most the majority of my three months on. I loved it, but it was way more work than I thought it would be.’

Unlike the first spin-off series, this show has run for three seasons, with the last one airing in August of 2021. Although no official announcements were made, fans are eagerly waiting for the fourth season. Regarding the show’s reception, it’s received mostly mixed reviews from the critics who criticize Todd’s excessive flamboyant and over-the-top personality and the show’s seemingly “unscripted” plots.

Despite the negative reviews, the show and the family garnered more fans and more media attention with each season, in addition to several awards, including the NATPE Reality Breakthrough Award for the Best Reality show. In 2016, it landed a nomination for the Critics’ Choice Award for “Best Unscripted Reality Series”, but the award was scooped by “Anthony Bourdain: Parts Unknown:”

Despite rumors that he’s gay, the actor has had quite a turbulent love life, which he’s shared with his fans. In 2012, he began a romantic relationship with Brooke Noury, whom his father didn’t like. They broke up in 2015, and later Chase began dating Lindsey Merrick. However, that didn’t work out either, and Chase was later linked to Kayla Puzas, who appeared in the show as his girlfriend, but this relationship wasn’t meant to last either.

In June 2020, he publicly disclosed that he was in a relationship with Emmy Medders, who had been his friend for a couple of years before dating. The relationship seemed to be heading to a long-term commitment, and in an interview, Chase said that he would definitely marry Emmy. However, the romance would not live to see that chapter, as they called it quits in September 2021. Talking to a media outlet, Chase disclosed: “We just thought it would be healthier and better for both of us. I think that it just came down kind of looking at what we wanted in life, and right now, it’s not matching up”. So currently he’s single.

Chase is very popular on several platforms; his Instagram account has over 1.3 million followers, while his Twitter account has nearly 300,000 fans. He is also active on TikTok, on which he has over 800,000 followers, with 4.6 million likes.

Even though it seems on the show that the family is living a care-free lifestyle, the year of 2019 saw a huge setback and a lot of negative media press, after Todd and Julie were indicted by a grand jury over financial crimes involving tax evasion and fraud-related issues. Chase also found himself in some hot water regarding his cash flow, after the IRS filed a federal tax lien against him, citing an unpaid balance of $17,000 which he owned from 20014. However, according to a media outlet, he paid off the balance in full.

Although Chase enjoyed a lavish life growing up, it didn’t stop him from thinking outside the box, and starting his own business. In 2018, he talked on the show about his love for candles and the possibility of launching a brand. however, his family wrote it off as one of his usual schemes and ideas. In May 2021 though, his dream finally came true, and he launched luxury candles entitled “Chase Chrisley Collection”.

In an interview, he explained his fascination with candles, disclosing: ‘Candles have always been a passion of mine, I got it from my mama. When I was growing up my mom always had amazing candles lit and really did control the mood of the room.”

As of 2021, his estimated net worth is around $500,000, which hes earned through his career as a social media personality and reality TV star.

Generally, he’s not a fan of outdoors and outdoor sports such as camping, which was best seen in the second season when the family went camping and he ended up sleeping in the RV.

He is also not the tidiest person on the planet; in an interview, his sister Savannah disclosed: ‘Chase does not do laundry, he leaves stuff out, and he has all these random people back at the house.’

Chase is a huge animal lover, and has a pet dog Lilo, for whom he created an Instagram page.

He likes to listen to music, especially rap, and he cites Jay Z, Snoop Dogg and Eminem as his favorite rappers.

In his free time, he likes to watch movies. His favorite actors include Leonardo DiCaprio, Al Pacino, and Angelina Jolie, while his favorite movies are “Catch Me If You Can”, “The Godfather”, and “Lara Croft: Tomb Raider-The Cradle of Life”.

In 2016, he got a tattoo on his ribs of the bible verse: John 3:16, which angered his dad. Disappointed in his son’s decision, Todd offered to gift him a Range Rover in exchange for Chasse getting the tattoo removed. Chase, of course, took him up on his offer, and told the Daily Mail: “The reason I got it taken off is I saw how disappointed my parents were, and I was just like ‘you know what if it will make them happy, I’ll get it taken off.’

In an interview, Chase talked about the impact the show has had on him and his teenage experience, saying: “It definitely changed our lives completely. It forced us to grow up fast. I know I’ve made my fair share of mistakes and learning how to bounce back and just grow from each mistake, it’s a bit different because every time you screw up, it’s in the public eye.”

In addition to numerous reality shows, Chase has made appearances in various talks show such as “Steve Harvey”, “The Wendy Williams Show”, and “Home and Family”.

What happened to Tommy Kirk? Where is he today? Biography