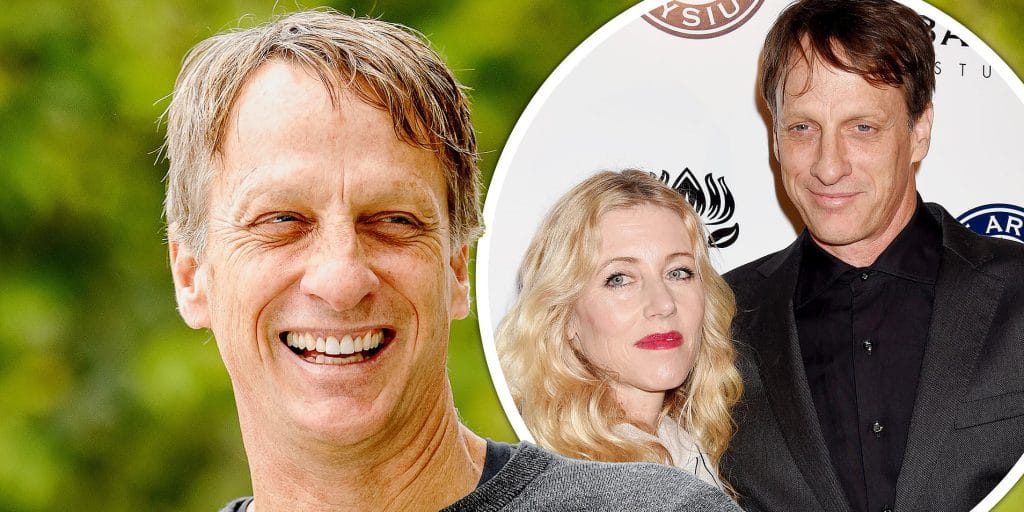 Who is Cathy Goodman?

Cathy Goodman is an American celebrity, best known to the world as the fourth wife of American skate-boarding legend Tony Hawk.

Born as Catherine Shook on 13 May 1969 under the Taurus zodiac sign, in Detroit, Michigan USA, she is the daughter of Catherine Bennett Shook; there is no public information about her father. She spent her childhood in Bloomfield with her two older brothers.

She is often misplaced for English artist, Catherine Anne Goodman.

She wasn’t very interested in academics, and spent the majority of her high school classes in parks listening to punk rock at skateboard parks. Cathy maintained an interest in skateboards in her later life.

As of early 2022, Cathy Goodman’s net worth has been estimated to be over $1 million.

Interested in skateboarding and punk music, she became Tony Hawk’s fan and entered the entire group of skateboarders through Tony’s friend, Matt Goodman, who became her first husband.

The two were married for several years and welcomed two children together, Miles and Calvin, born in 2001 and 2002.

Cathy and Tony started dating in 2011 after her divorce, and married on 27 June 2015 in a ceremony in Limerick, Ireland. She is on great terms with Tony Hawk’s children from his previous relationships.

Born Anthony Frank Hawk on 12 May 1968 in San Diego, California USA, he’s the son of Frank Peter Rupert Hawk and his wife Nancy; he’s the youngest in the family, and has two sisters Pat and Lenore, and a brother Steve.

Tony was hyperactive as a child and was always in some kind of trouble which led his parents to think there was something wrong with him. After a physical evaluation, he scored 144 on an IQ test, and was placed into advanced classes.

He went to Jean Farb Middle School, but he had other interests, such as skateboarding. He turned professional at 14 years old, and reigned as the National Skateboard Association world champion for the next 12 years. Although his main focus was skateboarding, he still matriculated for Torrey Pines High School.

In 20 years, Tony was the winner of a total of 64 contests, thus becoming the best skateboarder in the world. His dominance lasted from 1983 until 2003 – in 1999, he became the first skateboarder to make a 900-degree aerial spin.

Although retired from professional skateboarding, he’s still active in the sport, building parks, setting up ramps, and creating new professional tours. Moreover, he is the subject of many skateboarding video games, starting with “Tony Hawk’s Pro Skater” in 1999. Since then, there have been 18 video games, which include 10 main series, four spin-off games, and four repackages.

He has started his own skateboard company Birdhouse, after his nickname Birdman.

Tony is known for his various philanthropic activities, and has launched his own Tony Hawk Foundation, focused on building skateparks in underprivileged areas around the world.

He joined Andre Agassi, Lance Armstrong, Warrick Dunn, Andrea Jaeger, Alonzo Mourning and many other celebrities to start the Athletes for Hope charity, which is focused on encouraging all people to volunteer and support their communities through the actions of professional athletes

Before marrying Cathy, Tony had three failed marriages. His first wife was his high school sweetheart, Cindy Dunbar; the two married in 1990, and welcomed son Riley Hawk, a successful skateboarder in his own right, born in 1992. They divorced in 1993.

His second wife was Erin Lee, and this marriage lasted from 1996 until 2004, during which time they welcomed two sons, Spencer and Keegan, born in 1991 and 2001. Spencer is now an accomplished musician, and releases music under the stage name Gupi.

He married for the third time to actress Lhotse Merriam, in a wedding ceremony held in Fiji on 1 January 2006 – Rancid was the wedding band. They have one child, daughter Kadence Clover Hawk born in 2006. The couple divorced in 2011.

According to authoritative sources, Tony Hawk’s net worth has been estimated to be around $140 million, as of early 2022, earned through his career as a skateboarder and entrepreneur.