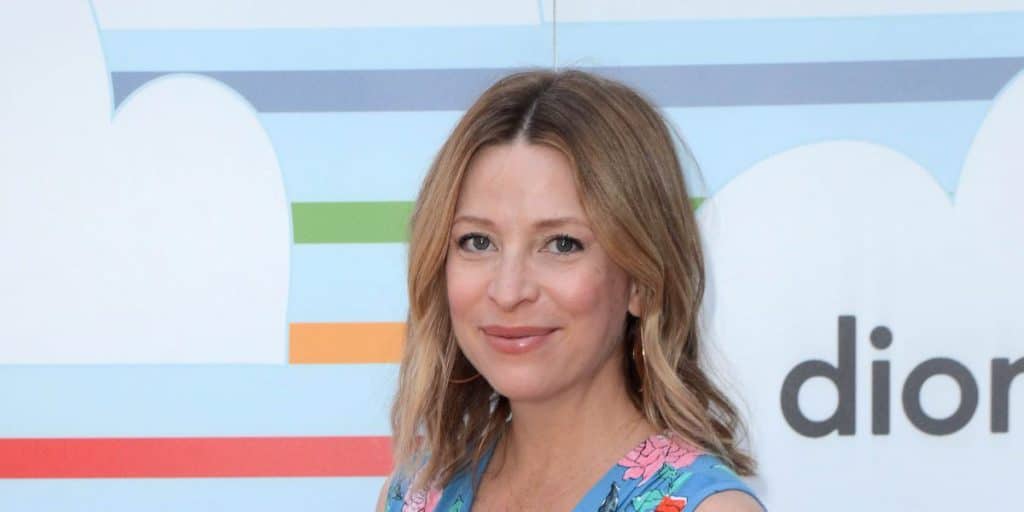 Who is Jolie Jenkins?

Jolie Jenkins is an American actress, perhaps best known to the world as Diana in the TV series “Shasta McNasty” (1999-2000), only to resurge to critical acclaim with the role of Jennifer Cooper in the TV series “Alexa & Katie” (2018-2020), among several other notable roles.

Jolie Jenkins was born on 7 March 1974 under the Pisces zodiac sign, in the USA; she hasn’t revealed her specific birthplace. Jolie is the daughter of an American author, life coach, and motivational speaker Anthony Robbins, and his now ex-wife Becky Robins. Jolie has a brother Jairek Robbins, with whom she spent her childhood and attended Torrey Pines High School in Southern California.

From an early age, Jolie was interested in the performing arts, and after matriculating, enrolled at Occidental College, the Liberal Arts College in Los Angeles.

Soon after graduation, she launched her acting career in the late ‘90s, with the role of Nadia in the TV comedy series “USA High” with Josh Holland and Elena Lyons in the lead roles. The following year,Jolie was rather busy, first with a guest role as Melanie in the Primetime Emmy Award-nominated TV series “Party of Five” with Neve Campbell and Scott Wolf in the lead roles, and then as Diana, one of the lead roles in the TV comedy series “Shasta McNasty” (1999-2000).

Jolie starred in 21 episodes of the series, alongside Jake Busey, Carmine Giovinazzo, and Dale Godboldo, which although it was cancelled after one season, still benefited her career.

After a few other one-time appearances, Jolie secured the role of Amy Pierson in the TV drama series “Novel Adventures” in 2008.

Jolie struggled to secure new main roles, and kept her career alive with minor and support roles in the TV series’ “Ghost Whisperer”, and “Criminal Minds: Suspect Behavior”. Next, she was Julie Tompkins in the TV mini-series “Body of Proof”, and made an appearance in the Primetime Emmy Award-nominated TV comedy series “The Exes” (2012), then in 2013 appeared in the award-winning mystery crime-drama series “Devious Maids”, starring Ana Ortiz, Dania Ramirez, and Roselyn Sanchez.

In 2016, Jolie was selected for the part of Aunt Dena in the TV comedy-drama series “Liv and Maddie: Cali Style”, which ignited the highly-needed spark in her career, and she continued rather successfully, making appearances in popular projects. She was Nikki in the Primetime Emmy Award-winning TV comedy-drama series “One Day at a Time” (2017-2019), with Justina Machado, Todd Grinnell, and Isabella Gomez as the main stars. Then in 2018, Jolie secured her most prominent role to date as Jennifer Cooper, co-starring with Paris Berelc and Isabel May in the Primetime Emmy Award-nominated TV comedy-drama series “Alexa & Katie” (2018-2020). Most recently, Jolie guest-starred in the TV comedy series “Sydney to the Max” (2021), which stars Ruth Righi, Ava Kolker, and Jackson Dollinger.

Additional to her on-screen appearances, Jolie is also known as the voice of Princess Roselyn in the animated TV series “Xyber 9: New Dawn” (1999-2007).

Jolie is a dedicated wife and a mother. She has been married to designer, animator, visual artist and illustrator David Pagani since 2001. The couple has one child together – son Louis Rocket Pagani was born in December 2014.

As of mid- 2021, Jolie Jenkins’ net worth has been estimated to be around $1 million, earned through her career as an actress, during which she’s appeared in more than 45 film and TV titles, all of which have added to her wealth.

Born Anthony J. Mahavoric on 29 February 1960, in North Hollywood, California USA, he’s the oldest of three children, but his parents divorced when he was just seven years old. His mother remarried several times following the divorce, and Anthony was adopted by one of her husbands, Jim Robbins, a former semi-professional baseball player.

However, Anthony’s teenage years were rather chaotic – he talked about the abusive relationship he had with his adoptive father and his mother, which resulted in him leaving home at 17 years old.

He never attended college, and to support himself worked as a janitor. However, he later started working for Jim Rohn, a motivational speaker and author at the same time, and in the ‘80s, partnered with neurolinguistic programming (NLP) co-founder John Grinder, and his first infomercial on his own self-help program “Personal Power” was released in 1988. Since then, Robbins has gone on to become one of the most prominent self-help authors and motivational speakers in the world, but also one of the most controversial ones, having been involved in various legal issues, including sexual harassment allegations, and injured fans following fire-walking incidents.

However, some of his books have become bestsellers, including “Unlimited Power” (1986), “Giant Steps” (1994), and “Unshakeable: Your Financial Freedom Playbook” (2017), which he co-authored with Peter Mallouk. Individually, he has worked with such celebrities as Wayne Gretzky, Hugh Jackman, Pitbull, Bill Clinton, and Justin Tuck, among others.

Robbins is also a businessman, having invested in several industries, including sports, as he’s one of the investors in Los Angeles Football Club, and the co-owner of Team Liquid, a professional eSports gaming organization.

According to sources, Anthony Robbins’ net worth has been estimated at $600 million, as of mid- 2021, earned through his successful career as a businessman, motivational speaker and author.

He’s been married to Sage Bonnie Humphrey since 2001, with whom he has one child.