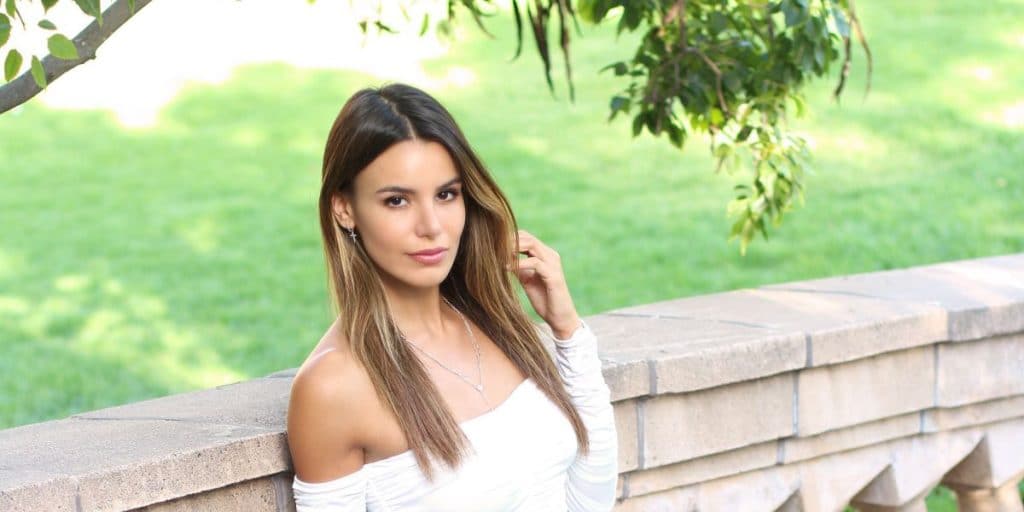 Who is Madison Grace Reed?

Madison was born in Hollywood, Florida USA, on 28 May 1996 – her zodiac sign is Gemini, and she holds American nationality. She’s an actress and a social media star, while she’s probably known best for being the younger half-sister of Victoria Justice, a famous American actress, singer and model.

Madison was raised in Hollywood by her and Victoria’s mother Serene Justice Reed, and her father Mark Reed; Victoria and Madison spend most of their spare time together, and they are very close to their mother, while it doesn’t seem as they are in good relations with their fathers.

Madison grew up interested in various activities, and initially dreamed of becoming a professional model.

She looked up to her sister as she was growing up, and was only six years old when her mother took her to an audition, and she appeared in the short family musical film “Baby Einstein: Baby Santa’s Music Box”. Madison practiced gymnastics and played volleyball while attending a local high school, while she also appeared in a couple of school plays.

She matriculated in 2014, and then didn’t enroll at college, but chose to pursue a career in the film industry.

Her following role came in 2015, when cast to play Mermaid in the episode “Gone Batty” of the family comedy series “Instant Mom”. It was created by Warren Bell and Jessica Butler, starred Tia Mowry-Hardrict, Michael Boatman and Sydney Park, and follows a 25-year- old girl who has married an older man with three children; the series won two of the nine awards for which it was nominated.

Madison appeared in the 2019 episode “Morta di Fame” of the critically acclaimed drama series “The Deuce”, created by George Pelenacos and David Simon, and which starred James Franco, Maggie Gyllenhaal and Lawrence Gilliard Jr. It follows life in New York City in the ‘70s and ‘80s, aired from 2017 to 2019, and was nominated for 17 awards.

In 2020, Madison starred as Vanessa in the short fantasy mystery movie “The Hallow Sea”, and her only other role has been her portrayal of Girl on Bench, in the 2021 romantic thriller movie “Trust”. It was directed by Brian DeCubellis, starred her half-sister Victoria and Matthew Daddario, and follows the lives of Brooke, a gallery owner, and her husband Owen.

Madison is highly active on Instagram, and apparently enjoys the attention which she’s receiving from her more than 650,000 followers; she’s uploaded close to 1,000 pictures onto the network, most of which feature her during her everyday life.

Madison has just recently launched her TikTok account, but has uploaded only a single video onto it, which features her and Victoria dancing together; the account’s already followed by close to 10,000 people, while the video numbers more than 30,000 likes.

She has a Facebook profile too, but seems to be using it just to keep in touch with her friends and family members.

Madison prefers to keep the details of her love life to herself, but there are rumors circulating the internet concerning her past and present relationships, as well as her sexual orientation.

It’s widely believed that she was once in a relationship with Charlie Puth, a famous American singer-songwriter and record producer, who gained recognition after he started uploading his music onto his YouTube channel, and after he made a guest appearance in “The Ellen DeGeneres Show”. The two were apparently together for around a year.

It’s said that Madison’s today in a relationship with Crichy Crich, an American rapper, but this remains unconfirmed.

Some of her fans believe that she’s a lesbian, but no evidence has been provided to support this claim, nor has Madison commented on it.

Madison is physically highly active, and works out at the gym nearly every day, thus her slim figure; she’s also following a strict diet, created specifically for her by a licensed nutritionist.

She’s passionate about travelling, and her Instagram account is filled with pictures which feature her spending time in various US states, and a couple of European countries; Madison mostly enjoys staying at natural locations when travelling.

Her favorite season is summer, mostly because she loves to sun tan at the beach, and go yachting.

Madison enjoys watching movies late at night, and her favorite actor and actress are Vin Diesel and Anne Hathaway, while a couple of her favorite films include the franchise “Fast and Furious”, “One Day” and “The Devil Wears Prada”.

Who is her half-sister Victoria Justice?

Victoria Dawn Justice was born in Hollywood, Florida on 19 February 1993 – her zodiac sign is Pisces, and she holds American nationality.

She’s appeared in more than 50 movies and TV series, while she’s perhaps known best for her portrayal of the main character Tori Vega, in the family comedy series “Victorious”. Created by Dan Schneider, it also starred Leon Thomas III and Matt Bennett, and follows the singer Tori Vega while she’s attending the high school Hollywood Arts; the series aired from 2010 to 2013, and won four of the 36 awards for which it was nominated, including four Primetime Emmy nominations.

Victoria was raised in Hollywood by her mother, and her father Zack Justice; the family moved to Hollywood, Los Angeles, California in 2003, and Victoria launched her acting career in the same year, with her appearance in the episode “The Hobbit, the Sofa, and Digger Stiles” of the hit comedy series “Gilmore Girls”.

She spent only a year attending Cleveland High School, but then became home-schooled so that she could focus on acting; she completed her GED tests in 2011.

She gained recognition in 2005, when cast to star as Lola Martinez in the family comedy series “Zoey 101”; it was created by Dan Schneider, also starred Jamie Lynn Spears and Paul Butcher, and follows siblings Zoey and Dustin who have just begun attending the boarding school Pacific Coast Academy. The series aired from 2005 to 2008, and won nine of the 19 awards for which it was nominated.

A couple of Victoria’s following roles were in the 2009 musical family comedy movie “Spectacular!”, the 2010 episode “Speed” of the action adventure comedy series “The Troop”, and the 2012 romantic comedy film “The First Time”.

Some of the other roles which have brought her recognition have been in the 2015 romantic comedy movie “Naomi and Ely’s No Kiss List”, the 2018 biographical sports film “Bigger”, and the 2021 fantasy comedy movie “Afterlife of the Party”.

Victoria has won four of the 20 awards for which she’s been nominated. She and her colleagues won a Young Artist Award for Best Young Ensemble Performance in a TV Series (Comedy or Drama), in both 2006 and 2007 for “Zoey 101”, Victoria won a 2011 Kids’ Choice Blimp Award for Hottest Girl Hottie, and she won a 2021 YouTube Gold Creator Award.

She’s also a YouTuber, having launched her self-titled channel on 12 December 2008, and it’s today subscribed to by more than a million people, while it numbers over 120 million views of all her videos combined; Victoria’s mostly focused on uploading her music videos.

She’s a philanthropist, and has worked with many charity organizations, including the United Nations Foundation and Girl Up.