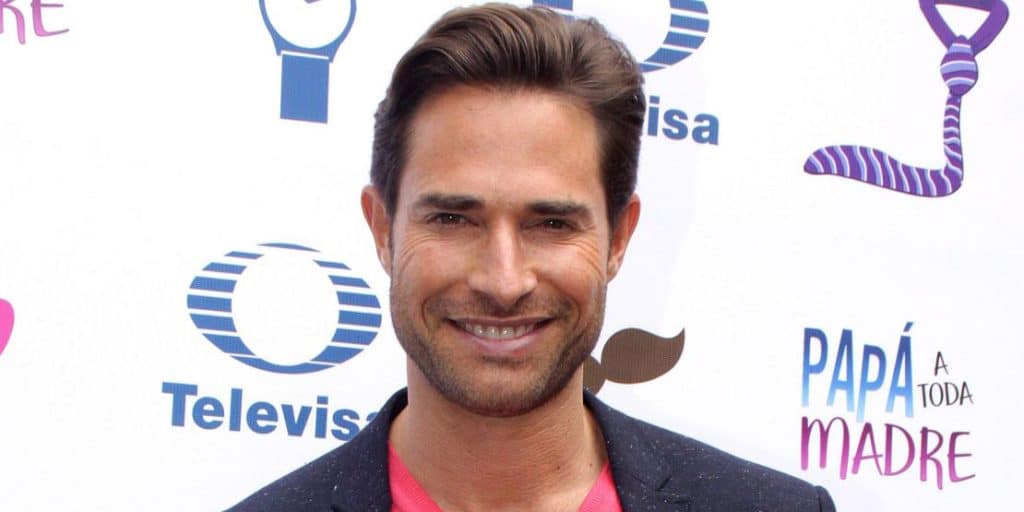 Who is Sebastián Rulli?

Sebastián Óscar Rulli was born in Buenos Aires, Argentina, on 6 July 1975 – his zodiac sign is Cancer, and he holds both Argentinian and American nationality. He’s an actor and a model, with close to 30 acting credits to his name, while he’s perhaps still known best for his portrayal of Santiago Marquez in the action adventure series “Pasion”. It starred Susana Gonzalez, Fernando Colunga and Daniela Castro, and follows the love story of the pirate Ricardo and the poor girl Camila in Mexico in the 1740s; the series aired in 2007 and 2008.

Sebastián was raised in Buenos Aries alongside his two younger siblings by their parents, about whom nothing is known, as they prefer to be left out of media.

He was mostly into sports during his teenage years, and dreamed of becoming a professional soccer player; Sebastián was also into basketball and tennis, and was somewhat interested in acting, appearing in several plays performed at the school. He matriculated in 1993, and then enrolled at a college from which he graduated with a Bachelor’s degree in business administration in 1997.

He then travelled around Europe and worked as a model, before moving to Mexico, and enrolling at Centro de Educacion Artistica.

Sebastián made his debut TV series appearance in 1996, when he portrayed the lead character Ignacio in all 213 episodes of the romantic comedy drama “Montaña Rusa, Otra Vuelta”.

By the end of the ‘90s, he’d appeared in several other telenovelas, such as the mystery comedy drama “Naranja y Media”, the comedy “Locas por Ellos”, and the romantic drama “First Love”.

In 2004, he played Hector Ferrer Garza in the critically acclaimed family adventure drama “Rubi”; the series starred Barbara Mori, Eduardo Santamarina and Jacqueline Bracamontes, and follows a poor girl who’s trying to seduce a rich doctor. It was nominated for two awards. Between 2001 and 2005, Sebastián played a supporting character in the crime thriller drama “Mujer, Casos de la Vida Real”, and in 2006 and 2007, he starred as Juan Cristobal Martinez Guerra, in the romantic drama “Mundo de Fieras”.

In 2008 and 2009, we saw him play the main character Mauricio Sermeno in the romantic comedy drama “Un Gancho al Gorazon”, which also starred Danna Garcia and Raul Araiza, and follows a poor boxing girl and a rich businessman who have fallen in love.

In 2010, Sebastian was cast to play Arturo de la Barrera Azuela, in the critically acclaimed romantic drama “Teresa”, while he was then cast to star in several popular telenovelas, such as “Amores Verdaderos”, “Lo que la Vida me Robo” and “The Three Sides of Ana”.

In 2017 and 2018, he portrayed the lead character Mauricio Lopez Garza in the comedy “Papa a Toda Madre”, created by Hector Octavio Valdes, and which also starred Maite Perroni and Mark Tacher. It follows a womanizer who has just learned that he has a daughter, and that he now has to take care of her.

Two of Sebastián’s most recent roles in TV series have been in the 2020 action adventure drama “El Dragón: Return of a Warrior”, and the 2021 drama “Vencer el Pasado”; he’s currently shooting for the upcoming drama “Los Ricos Tambien Lloran”, set to be released in 2022.

Sebastián has appeared in only three movies. He made his debut film appearance with his portrayal of Mauricio in the 2001 action family adventure “Primer Amor… Tres Anos Despues”, written by Maria Eugenia Cervantes Balmori and Issa Lopez, and which starred Anahi, Kuno Becker and Mauricio Islas. The movie follows two young people who have fallen in love.

In 2005, Sebastián played Virgilio in the comedy “Tres”, written and directed by Carlos Valdivia, and which starred Sophie Alexander-Katz, Angelica Aragon and Pablo Azar. His only other film role has been his portrayal of John Torres in the action comedy “Dos Policias en Apuros”, written and directed by Francis ‘Indio’ Disla Ferreira, and which starred Fausto Mata, Manolo Ozuna and Adrian Uribe. It follows an FBI agent and two Dominican police officers who are working on a case together.

Sebastián composed the music for the 2015 short movie “Continue”.

Sebastián has made a guest appearance in a couple of talk-shows, such as “El Gordo y la Flaca”, “No Manches” and “Pa’lante con Cristina”.

He was nominated for a 2019 French Soap Award for International Best Actor, for his performance in the series “The Three Sides of Ana” (original “Tres Veces Ana”).

On 31 December 2007, Sebastián exchanged vows with the popular Argentinian-Mexican actress Cecilia Galiano, who has been credited with appearing in 10 movies and TV series, while she’s perhaps still known best for her portrayal of Estrella in the 2010 romantic drama movie “Sin Ella”.

They have a son named Santiago together, but Sebastián and Cecilia divorced on 12 July 2011 for unknown reasons.

Since 2014, Sebastián has been in a relationship with Angelique Boyer, a famous Mexican actress who has appeared in close to 20 movies and TV series, and is probably still known best for her portrayal of Chica Francesca in the 2007 horror thriller film “J-ok’el”. Sebastián and Angelique have uploaded numerous pictures which feature them together, onto their social media accounts.

As of October 2021, Sebastián is in a relationship with Angelique Boyer, and was married to Cecilia Galiano, with whom he has a son.

Sebastián is highly active on Instagram, and seems to be enjoying the attention which he’s receiving from his more than 11 million followers; he’s uploaded nearly 2,300 pictures onto the network, the majority of which have been taken during his everyday life.

He’s physically highly active, and has five to six training sessions at the gym every week; Sebastián is mostly working out because it’s important for his acting career to stay in shape.

His favorite drink is coffee, and he likes to eat doughnuts.

Sebastián’s favorite season is summer, mostly because he enjoys sun tanning at the beach and swimming in the ocean.

He likes to watch movies late at night, and his favorite actors and actresses are Tom Cruise, the late Robin Williams, and Angelina Jolie, while a couple of his favorite movies are “Edge of Tomorrow”, “The Last Samurai” and “Good Morning, Vietnam”.

Who is his girlfriend Angelique Boyer?

Angélique Monique-Paulette Boyer Rousseau was born in Saint-Claude, Jura, France, on 4 July 1988 – her zodiac sign is Cancer, and she holds Mexican nationality, as both her parents are from Mexico. She has just recently in 2021 starred as Renata Sanchez Vidal, in the popular drama “Vencer el Passado”, which follows the lives of four young women.

She was raised in Mexico by her mother Sylvie Roussea, and father Patrick Boyer; because Angelique hasn’t mentioned having any siblings, it’s believed that she’s an only child.

She became interested in acting while attending a local high school, and was only 16-years-old when she launched her career with her portrayal of Anette Elizalde in the episode “Corazones al Limite” of the eponymous romantic drama.

Angelique matriculated in 2006, but between 2004 and 2006, she played Victoria ‘Vico’ Paz, in the hit family comedy drama “Rebelde”, which starred Jorge Ponce, Estefania Villarreal and Anahi, and follows the lives of six teenagers who are attending a private school. In 2007, Angelique starred in the musical drama “Muchachitas Como Tu”, and a couple of her following roles were in the 2009 crime drama “Mujeres Asesinas”, the 2012 romantic drama “Abyss of Passion” (original “Abismo de Pasion”) and the 2016 romantic drama “The Three Sides of Ana”.

Prior to meeting Sebastián, Angelique was in a relationship with the producer Jose Alberto Castro.