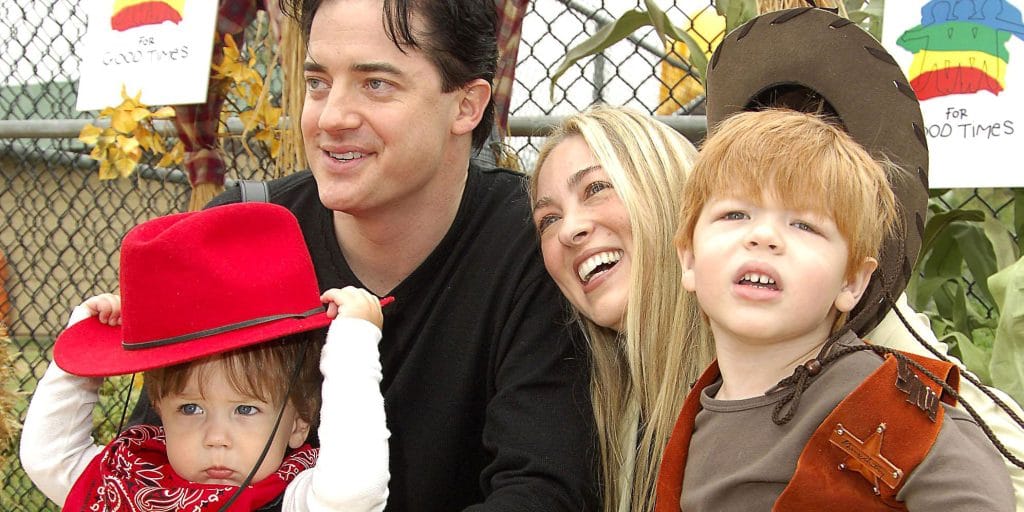 Who is Holden Fletcher Fraser?

Holden Fletcher Fraser is an American celebrity child, known to the world as the son of the award-winning actor Brendan Fraser.

Holden Fletcher Fraser was born on 16 August 2004 under the Leo zodiac sign, in the USA. The middle child of Brendan Fraser and his wife Afton Smith, Holden has an older brother, Griffin Arthur Fraser born in 2002, and a younger brother, Leland Francis Fraser, who was born in 2006.

Troubles started brewing in the Fraser-Smith household in the late 2000s, which resulted in divorce in 2008; Holden’s mother sought $900,000 for the support of the children annually, but after an appeal from Brendan, the court settled for $50,000 a month and an additional $300,000 annually for child support, ie the same! Although the divorce was highly publicized and the aftermath of it, both Brendan and Afton have carefully left out the children from all the media buzz. Holden has rarely appeared in the media and there is no clear information about which school he attends.

For now, he remains known only as the son of Brendan Fraser, as he hasn’t yet pursued his own career, and tries to stay out of the public eye.

Brendan James Fraser was born on 3 December 1968, in Indianapolis, Indiana USA, to Canadian parents, Peter Fraser and Carol Mary. The youngest of four siblings, he has three brothers, Kevin, Regan and Sean, and is of German, Czech, French-Canadian, Irish and Scottish ancestry. Although born in the US, he lived in various countries during his childhood, including Netherlands, Switzerland and Canada.

He went to Upper Canada College, a private boarding school in Toronto, and spent a year on vacation in London, where he went to see a theatre show in the West End, which generated his interest in acting. After matriculating, he enrolled at Seattle’s Cornish College of the Arts, from which he obtained his Bachelor of Arts degree. He had plans to obtain a Master of Fine Arts in Acting from Southern Methodist University, however, he tried his luck in Hollywood, and opted for a career in acting.

He made his debut in the television movie “Child of Darkness, Child of Light” in 1991, and continued with a couple of minor roles in such films as “Dogfight”, and “Guilty Until Proven Innocent”, both in 1991, while in 1992 he secured his first major role as Link, the frozen pre-historic cavemen but living in the present day, in the comedy film “Encino Man”. He spent the ‘90s building his portfolio, with roles in such films as “Airheads” (1994), “Glory Daze” (1995), then “George of the Jungle” (1997), before he won the role of Rick O’Connell in the popular trilogy “The Mummy” in 1999.

In between these commitments, Brendan featured in several other prominent roles, including as Elliot in the film “Bedazzled” (2000), then as Stu Miley in the film “Monkeybone” (2001), and as Alden Pyle in the Academy Award-nominated romantic thriller drama film “The Quiet American” (2002), among others. His career began declining, as he started experiencing problems on a personal basis, and so failed to secure another prominent role until 2015, when he was cast as Billy Anderson in the TV mini-series “Texas Rising”, and continued with the role of John Gunther in the TV series “The Affair” (2016-2017).

Recently, he started voicing Cliff Steele/ Robotman in the animated series “Doom Patrol” (2019-2021). He is now working on several projects, including the films “Killers of the Flower Moon” and “Batgirl”, scheduled for its premiere in 2022.

Brendan had financial difficulties following his divorce, and his inability to secure a high-paying role, which resulted in negative net worth. However, he has bounced back and Brendan’s net worth is now estimated to be around $20 million, as of late 2021.

Brendan and Afton Smith met while attending a barbecue at Winona Ryder’s house in 1993. The couple married five years later, but eventually divorced.

He is now single, and living in Bedford, New York State USA.

Afton was born on the 3rd December 1967, in Northport, Long Island, New York USA, on the same date but a year before Brendan, Afton came to prominence following her marriage to the film star, then broke into acting as Kim in the crime-drama film “Less Than Zero” (1987), with Andrew McCarthy, Jami Gert, and Robert Downey Jr. in the lead roles.

She continued her career with roles in such films as “Fried Green Tomatoes” (1991), “Reality Bites” (1994), and “A Reason to Believe” in 1995. Two years later she appeared with her then-husband on screen in the film “George of the Jungle”.

Since her divorce from Brendan, Afton has remained single and focused on raising her children. She has published the book “Hollywood Picks the Classics: A Guide for the Beginner & the Aficionado”.

According to sources, Afton Smith’s net worth has been estimated to be around $3 million, as of late 2021, earned through her career and divorce settlement.