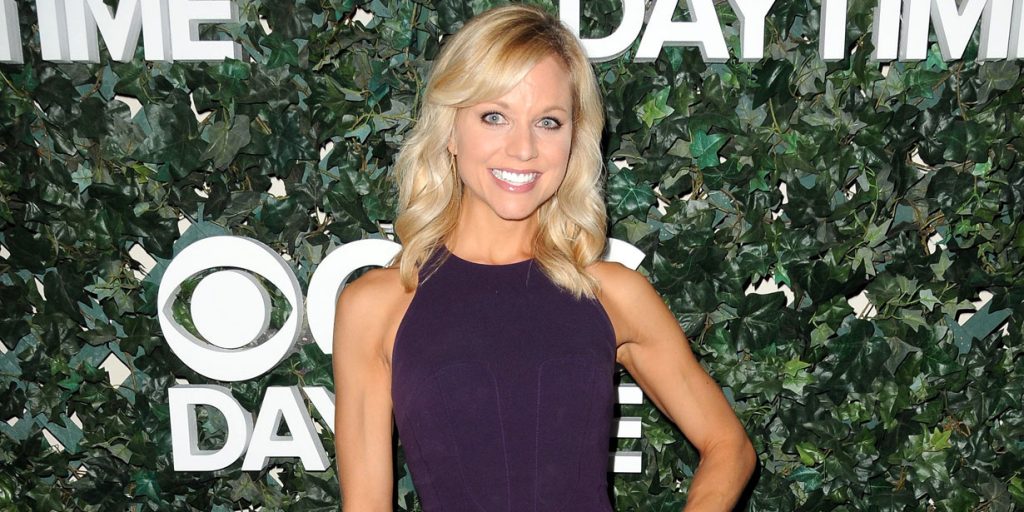 Tiffany Coyne is an American model and dancer, perhaps best known for joining the American musical variety game show “Let’s Make a Deal” in 2009. Keep reading to learn all the juicy details about the superstar model.

Tiffany Lynn Adams was born on 6 May 1982 under the zodiac sign of Taurus, in Layton, Utah USA, to a German father and Hungarian mother; she holds American nationality.

Tiffany grew up in a large household with her two sisters, five step-sisters, and two step-brothers. She started taking dancing lessons at the age of three, focusing on jazz, hip-hop and ballet dancing. She soon developed a real passion for the Performing Arts, and knew that she wanted to pursue a dancing career.

According to Tiffany, the family never stayed in a community for long, often moving because her mother loved to build houses. They lived near Hill Air Force Base in Northern Utah for a while, then they moved to West Haven, Weber County in Utah, where she attended middle school and one year of high school.

Subsequently, the Adams’ moved back to their hometown, and where she joined the dance squad at the nearby Fremont High School. Tiffany matriculated from Northridge High School, Layton, in 2000 and started to pursue a dancing career full-time.

She danced with the team for two seasons, then joined a cruise ship through Silversea Cruises, and performed in several countries, including Russia, Denmark, Norway and Sweden.

Tiffany next relocated to Las Vegas, Nevada, where she performed in many shows on the Las Vegas strip, including “Sirens of TI”, “Fashionistas”, and Donn Arden’s “Jubilee”.

Around this time, Tiffany became so popular that she was in high demand, and hired for many infomercials.

She would film two episodes of the show in the daytime, and return to her job on “Sirens of TI” at night, thus having a backup plan in case “Let’s Make a Deal” didn’t work out as expected.

The show eventually moved to Los Angeles, and Tiffany would commute five days a week to meet up with her jobs. At the start of the show’s second season, Tiffany relocated to Los Angeles and quit “Sirens of TI”; she also trained with TV personality Wayne Brady and actor Jonathan Mangum to improve her improvisational skills.

Tiffany was on maternity leave for the first half of the 2013/2014 season.

She was replaced by beauty queen and TV presenter Danielle Demski, but returned to set full-time in September 2014. She was pregnant once again during the show’s ninth season, but it was taped, so she didn’t need to be absent.

Speaking of her role in the game show, Tiffany said, ‘I love it. It’s such a fun atmosphere, everyone’s excited, and I’m part of giving away a car to someone.’ The executive producer of the show, Mike Richards, said of Tiffany, ‘part of her job, is to make prizes look better by her mere presence. You don’t really know how hard it is until you meet people who auditioned and were bad at it.’

He added that it was a joy to work with Coyne – since her television debut, Tiffany Coyne has starred in over 1000 episodes of “Let’s Make a Deal”.

In 2012, Tiffany guest-starred in CBS’ television soap opera “The Bold and the Beautiful”, and appeared in the show once again on 20 November 2018, starring opposite Don Diamont and Heather Tom.

In addition, Coyne has appeared as a substitute model in “The Price is Right”, and also in “The Late Late Show with Craig Ferguson”.

She has also modeled for United Airlines and Chase Bank, and recently, she featured in a Chips for Kids Toy Drive” commercial, which hopes to provide Christmas toys for children in Southern California.

Tiffany Coyne undoubtedly garnered many fans from her time on the Las Vegas strip, and from her stint on “Let’s Make a Deal”. She is very active on social media, more so on her Instagram page (@tiffanylcoyne), on which she has over 65,000 followers who keep up with her career updates and lifestyle.

On 27 March 2021, she celebrated her wedding anniversary with Chris Coyne using a picture of them in an Instagram post captioned- ‘celebrating 15 years of marriage today with my love! I’m looking forward to many more amazing adventures together!’

Tiffany Adams Coyne is 5ft 8ins (1.73m) tall and weighs around 123lbs (56kgs); the model has long blonde hair and grey eyes. She loves to wear elegant dresses for red carpet appearances, but leans towards sundresses and jumpsuits for regular outings with her family.

In late 2021, the 39-year-old model has a net worth estimated at $2 million, which she’s accumulated from her years of dancing, modeling and tutoring. Details of property owned by Tiffany Coyne and husband Chris Coyne remain undisclosed.