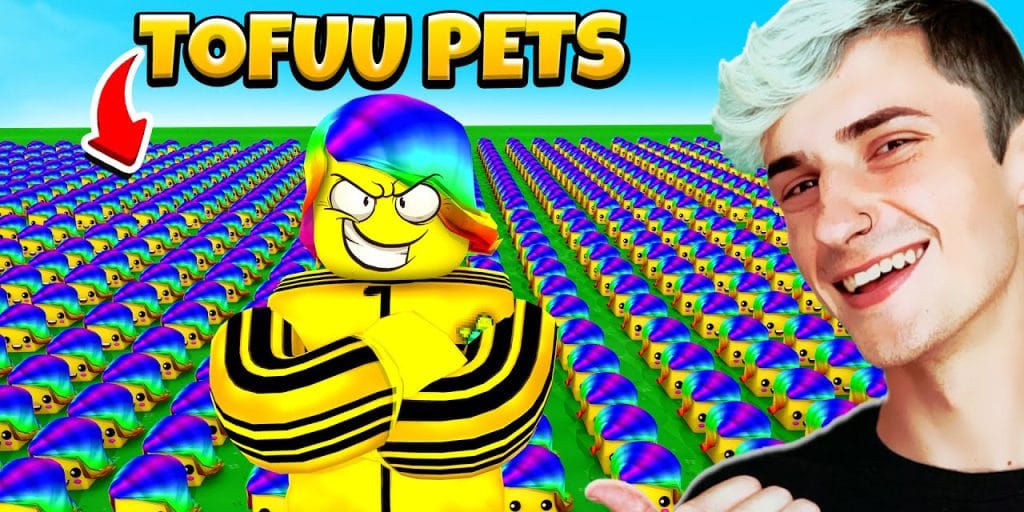 Hayden grew up in Sun Valley alongside his older brother, whose named he hasn’t revealed so far. Nothing is known about his parents either, as Hayden wants to protect their privacy.

He was homeschooled until 2015, when he transferred to a local public high school.

During his time there, Hayden volunteered for the Higher Ground program, helping people with disabilities experience outdoor activities. He also trained in karate, and briefly worked as a trainer at a local martial arts studio.

Upon matriculating high school, he moved to Austin, Texas and enrolled at a college, but it’s unclear which subject he majored in and whether he’s graduated yet.

Hayden first became active on YouTube in 2010, uploading Lego review videos onto his old, now deleted channel. On 25 April 2011, he launched his Tofuugaming channel, posting his first video entitled “Minecraft: How to Make a TNT Cannon With a Custom Speed” four months later.

In the beginning, Hayden’s videos were mainly about “Minecraft”, along with gameplays of other popular titles, such as “Star Wars: BattleFront II”, “Skyrim” and “Medal of Honor”. Although his videos didn’t attract a large audience initially, barely hitting 1,000 views, he stayed persistent, and continued uploading new videos at least once a week.

His hard work eventually paid off, and in March 2014 Hayden’s channel had more than 20,000 subscribers. In 2016, he switched up his content in favor of different video game titles, before fully transitioning into making videos about “Roblox”. This helped his channel grow even more, and in 2017, it hit the one million subscriber milestone.

As of November 2021, Hayden’s channel numbers more than 4.1 million subscribers, and over 1.2 billion views. Some of his most popular videos are “ROBLOX EATING SIMULATOR *FATTEST IN THE GAME”, “THIS ROBLOX GAME GIVE YOU FREE ROBUX!” and “IF YOU GUESS ALL OF THEM, TAKE ALL MY ROBUX!”, all of which have been watched more than five million times.

In 2020, Hayden launched his third “Roblox” related channel called Tofuu3, which currently has almost 900,000 subscribers and over 175 million views.

As a successful YouTuber, Hayden is a member of several content creator collectives, one of which is the “Roblox” group called The Crew & Friends, consisting of seven YouTubers including Poke, SeeDeng and Tanner Ogg.

Hayden is also a part of the group of “Minecraft” YouTuber, called Cube SMP, consisting of 18 content creators, including Graser10, HBomb94 and Strawburry17.

Hayden is also active on other social media sites; he joined Twitter in April 2011, and has since tweeted more than 24,000 times, while his account numbers over 300,000 followers. On there, he promotes his YouTube content, posts short and funny videos, and communicates with his fans.

Hayden also has a verified Instagram account, which numbers almost 120,000 followers, despite the fact that he hasn’t uploaded anything onto it yet.

Furthermore, he has a Twitch channel with over 20,000 followers, however, he hasn’t been active on it since 2016.

Hayden has a Cameo page, through which his fans can order custom video messages from him.

Hayden is a very reserved person when it comes to sharing details about his private life with his fans, so not a lot is known about his past relationships. However, in 2020 he revealed that he was a ‘sugar daddy’ to several women in the past. ‘My self-esteem was so low this felt like normal behavior, and I was looking for anything for love’, Hayden revealed in a personal Twitter post. While many people thought at first that the tweet was a joke, Hayden later confirmed that it was truthful, while pointing out that he’s since worked on himself, and moved on from his past behavior.

He currently appears to be single, hasn’t been married or engaged, and doesn’t have children.

Hayden is very active on YouTube, and his videos spread across three channels attract around 6.5 million views per month. Since his content is family friendly, it’s safe to assume that he’s able to earn money through YouTube ads, without worrying about his videos being demonetized.

Hayden loves animals, and has been involved with several non-profit organizations which help animals in need. He has recently promoted the charity Farm Sanctuary, which advocates for ethical treatment of farm animals.

He loves to watch TV series in his spare time, with some of his all-time favorites being “Peaky Blinders”, “Breaking Bad” and “The Mandalorian”.

In January 2021, he challenged his Twitter followers to like his post, claiming that he would get a “Roblox” tattoo if the post reaches more than 10,000 likes. As a result of the challenge, he had the word “Roblox” in all caps tattooed on his inner lip.

Hayden loves travelling, and has visited several countries in the past two years, including Japan, Thailand and Cuba.