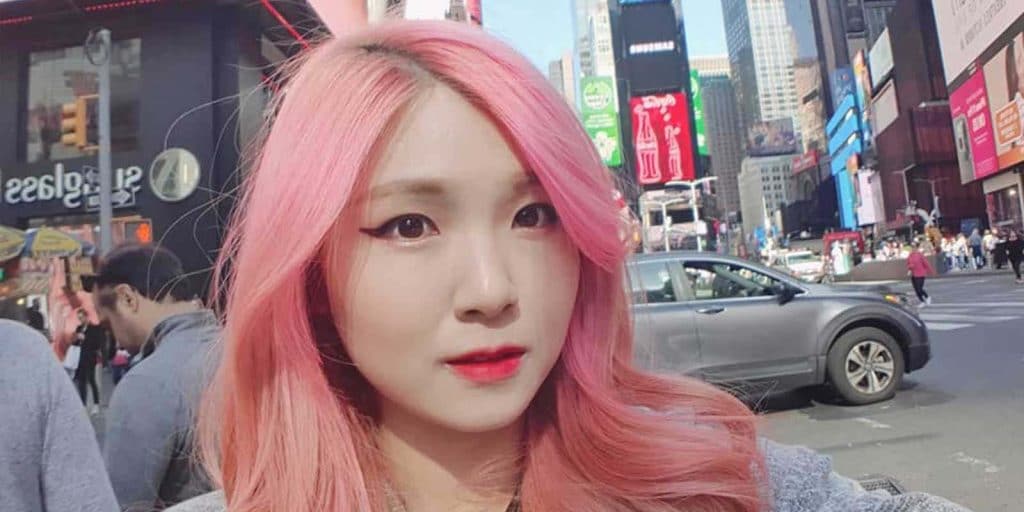 HAchubby is a social media personality and streamer, who gained fame on the Twitch platform with her “Just Chatting” streams. She was born under the Zodiac sign Sagittarius on 29 November 1989 in Seoul, South Korea. As of 2021, she is 32 years old and holds South Korean nationality. According to the information on her Twitch account, she currently lives in Busan, South Korea.

Despite having a public career, HAchubby hasn’t disclosed her real name, but in her videos, she referrs to herself as Hachu, so many believe that is her name. She hasn’t disclosed any information regarding her family and siblings either, except that she was raised in South Korea alongside her siblings but has not revealed their names.

When it comes to her education, not much is known, however, she’s mentioned in her streams that she has been studying the English Language since 2017.

Regarding her modest beginnings, in a recent interview she disclosed how she began her career on Twitch, saying: “Three years ago I worked at a lawyer’s office and I didn’t like the work because it was boring. Then all of a sudden the company went under and I lost my job. I just decided to start a fun thing.”

HAchubby first began streaming while she worked at a convenience store, entertaining people with her quirky and funny personality. However, after gaining a substantial following and online attention, some of her Twitch watchers found out the address of her working place, which posed a huge privacy concern for her and her employer, prompting her to quit not long afterwards.

In a video she said: ”I will not forget the support of many people who helped me achieve my dream. Daily life at the boring, mediocre convenience store has turned into a special and enjoyable time thanks to you…I will never forget these memories.”

Slowly building her profile, she mainly streamed videos in the category “Just Chatting”, during which she would talk and converse with her watchers. Soon she began incorporating reaction videos, which became very popular, especially her impressions of the fellow Twitch streamer Dr. DisRespect.

After gaining success with her streams on Twitch, she explored other avenues of the digital world, and launched her YouTube channel in 2018, but remained inactive until 2019.

Interestingly, her English language proficiency was poor at the beginning of her internet career, and she even made jokes about not being able to speak English, and yet she streamed on the predominantly English-speaking platform.

One of her first videos on YouTube to become viral is entitled “A Korean Girl who can’t speak English started and English Stream on Twitch’, which counts over a million views.

After gaining a substantial following, she diversified her content adding In Real Life (IRL) streams, during which she would visit restaurants, interesting places, or simply walk down the street and document her surroundings and happenings.

Adhering to the popular content on YouTube, she also began creating challenge videos, video blogs, and playing games such as “The Korean girl went to the Sinjeon tteokbokki store. It’s spicy!” and “It was hard to become a mid-liner. So stop bothering Ahri!”

Rising through her ranks, she has often collaborated with numerous other YouTubers and Twitch streamers, including NymN, AngelsKimi, and 39daph, increasing her popularity and fan base.

After a couple of years of active involvement and collaborations, she rose to become one of the most favored “Just Chatting” Streamers on Twitch. As is a common practice on the platform, her fans often donate her money to stimulate her to create more content, and help her visit interesting places and countries.

In 2019 she went to the US, and attended the TwitchCon. Regarding her recent travels, she went to Berlin, Germany, and landed the opportunity to perform with a German swing band, which she streamed on her YouTube and Twitch – her Twitch account now has over 300,000 followers.

Even though she mainly gained fame on Twitch, her YouTube doesn’t fall short; with her kawaii aesthetic, personality, and interesting IRL streams, she has garnered over 200,000 subscribers and over 24 million views on her channel. Her most popular videos are entitled “Do you Draw Hent Interviewing 39Daph”, and ”Learning How to Cook Pasta w/ 39Daph and AngelsKimi”.

In 2020, HAchubby was criticized for “over-reacting” during her streams, as some people claimed that her behavior was unnatural and forced. She addressed the criticism by saying: “Obviously, I’ve been a little different for the past two weeks. It may have something to do with my psychological state. Two months ago, I was very frustrated with my English, and then I felt so much guilt because I showed [my viewers] how sad and frustrated I was.” She apologized to her viewers and disclosed that she didn’t want to convey gloomy feelings, but make people happy.

In 2021, HAchubby found herself in another controversy, following an inconvenient encounter with a waiter at the Shake Shack restaurant. Reportedly, HAchubby wanted to order food, and the waiter struggled to understand her English, slowly becoming more frustrated and impatient.

Her fellow friends and steamers hopped on the bandwagon, and shared their opinion about the service and the waiter, calling him “racist”, which in turn stirred some more controversy and landed HAchubby in hot water. She addressed the situation and called her fans and friends to settle down. She disclosed: “Don’t attack Destiny and some similar (streamers). Please don’t because they just don’t know me. It will be fine. Everything’s fine. I just don’t want anybody to get hurt, not anymore. Just be happy.”

In numerous videos, HAchubby mentioned that she had always aspired to do something interesting and creative. On 24 February 2021, her dream came true as she opened her own convenience store entitled HAchuMart in Busan, South Korea. However, as she learned, the process didn’t go without a hitch; in one of her videos, she said: “So I promised the viewers, don’t worry, we will have our own convenience store next year. I was crazy. I didn’t think well enough. I didn’t think about costs, staff, or location. I just said I was going to do it.”

Considering that she had no previous business experience, it was quite a challenge for HAchubby, but luckily she had a large and supportive fan base who helped her by sending donations and pitching design ideas. Later she disclosed: ”I still can’t believe how many people decided to help. It was a miracle. It was very busy, but I was lucky enough to have family and friends to help me. I really achieved what I had dreamed of. HAchuMart is the result of many people working together to make a dream come true.”

HAchubby is very secretive regarding her personal and romantic life. She mentioned an ex-boyfriend in a video, but didn’t disclose his name. According to the latest reports, she is currently single.

Her estimated net worth is around $1 million, acquired through her endeavors on various social media platforms. She additionally earns through brand deals, affiliations, and her HachuMart convenience store.

She likes to play piano, sing, and watch anime. Similar to many other gamers and streamers, she is into Cosplay.

In her free time, she reads books, travels, and takes photographs.

Even though she used to stream and play games on YouTube and Twitch, she rarely does it now, revealing that she suffers from 3D motion sickness.