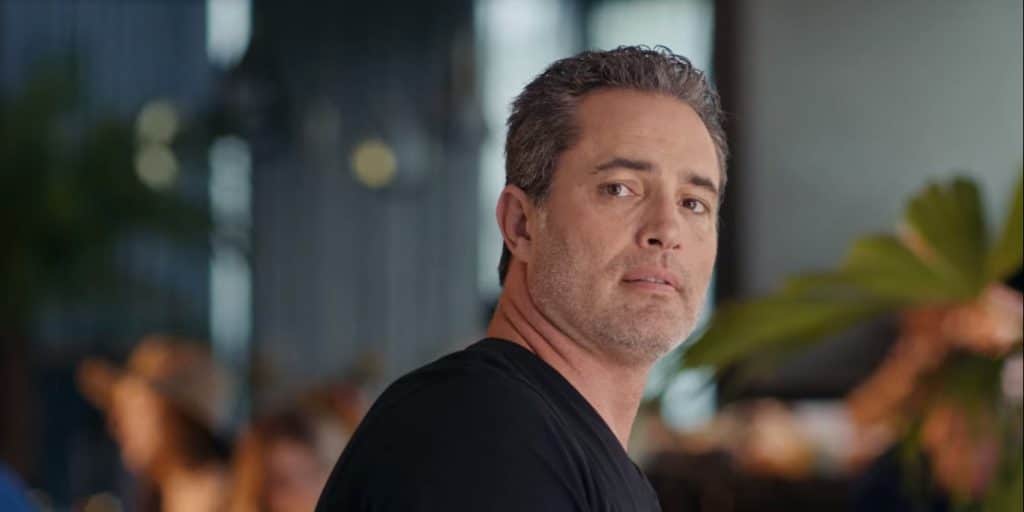 Who is Victor Webster?

Victor Howard Webster was born on 7 February 1973 under the zodiac sign of Aquarius, in Calgary, Alberta, Canada. He’s a 49-year-old actor, probably best recognized for landing the role of Nicholas Alamain in the NBC daytime soap opera “Days Of Our Lives” (1999-2000), playing Brennan Mulwray in the Syndicated sci-fi series “Mutant X” (2001-2004), and featuring as Carlos Fonnegra in the Showcase sci-fi series “Continuum” (2012-2015).

How rich is he, as of now? Victor Webster Net Worth

As of early 2022, Victor Webster’s net worth is estimated at over $3 million, earned through his successful involvement in the entertainment industry, working on more than 80 television and film titles since he launched his career back in the late 1990s.

Victor Webster spent his early years in his hometown of Calgary, where he was raised by his father, John ‘Jack’ Webster who was a police officer, and his mother Roswitha Webster, who worked as a hairstylist; he has a brother, but his name is unknown. He holds Canadian nationality, and belongs to a mixed ethnic group as he’s of Spanish, German, Italian, French and British descent. He is a Christian. Regarding his education, Victor matriculated from a local high school in San Clemente, and then studied at Saddleback College in Mission Viejo, California. In his teens, he was a troublemaker, so his parents forced him to start studying martial arts, for which he developed a love, and eventually excelled in it, setting an undefeated record as an amateur kickboxer and heavyweight black belt, even becoming a teacher.

Prior to becoming an actor, Victor Webster spent some time working as a stockbroker in the field of import/export. In 1998, he featured in the special issue of Cosmopolitan magazine’s “All About Men”, after which he ventured into acting, and launched his career when he made his debut TV appearance as Roger in the Daytime Emmy Award-winning NBC soap opera “Sunset Beach” from 1998 to 1999. His big break came shortly afterwards, when he joined the cast of the NBC primetime soap opera “Days Of Our Lives”, which is one of the longest-running scripted TV dramas in the world, starring in the role of Nicholas Alamain from 1999 to 2000, appearing in more than 80 episodes, for which he gained enormous international popularity.

It was followed by his portrayals of Marco Carolo in the made-for-TV crime film “The Chippendales Murder” (2000), directed by Eric Bross, and Joey in the sci-fi action film “Gangland” (2001).

Victor Webster’s next major role was in the sci-fi superhero series “Mutant X”, in which he played Brennan Mulwray from 2001 until it was canceled in 2004, sharing the screen with Forbes March, Victoria Pratt, and Lauren Lee Smith in the series created by Avi Arad, and aired in first-run syndication. Concurrently, he played Hunter in the fantasy slasher film “Wishmaster: The Prophecy Fulfilled” (2002), and featured as Glen in the romantic comedy film “Bringing Down The House” (2003), next to Steve Martin and Queen Latifah; the latter was a huge commercial success, grossing nearly $165 million against the budget of $33 million.

Two years later, he had such parts as Eric in the romantic comedy film “Must Love Dogs”, written and directed by Gary David Goldberg, and as Richard in another romantic comedy film, entitled “Dirty Love”, alongside Jenny McCarthy. From 2005 to 2006, he was cast as Marco in The WB’s comedy-drama series “Related”, after which he took the recurring role of Coop in the cult supernatural drama series “Charmed” in 2006, broadcast also on The WB.

Afterwards, Victor Webster was cast as Mark in the Sci-Fi Channel original film “Sands Of Oblivion” (2007), and as Dr. Christian Mario in the ABC Family drama series “Lincoln Heights” (2007-2008).

It was followed by his portrayals of Vic Donovan in the Lifetime crime comedy film “Killer Hair” and its sequel “Hostile Makeover”, and as Lopez in the sci-fi action film “Surrogates”, next to Bruce Willis and Rosamund Pike, all in 2009. During the same year, he also starred as Hunter Jennings in the short-lived CBS horror mystery miniseries “Harper’s Island” and featured in the recurring role of Caleb Brewer in The CW’s drama series “Melrose Place”. He ended the decade with his appearances as Paulo in Christopher Landon’s satirical thriller film “Burning Palms” (2010).

His next project was the ABC crime mystery series “Castle”, in which he portrayed Josh Davison from 2010 to 2011. At the time, he also guest-starred in such TV series as “NCIS: Los Angeles”, “CSI: Crime Scene Investigation”, and “Bones”, to name a few.

In 2012, Victor Webster joined the main cast of the Showcase sci-fi series “Continuum”, in which he played Detective Carlos Fonnegra until its finale in 2015. While filming it, he also worked on other projects, landing the role of Mathayus in the third and fourth installments of “The Scorpion King” film series, entitled “The Scorpion King 3: Battle For Redemption” (2012) and “The Scorpion King 4: Quest For Power” (2015). He also took such roles as Ben in the 2012 Hallmark Channel family comedy-drama film “Puppy Love”, and Sasha in the 2014 action crime film “A Good Man” in which he shared the screen with Steven Seagal, and as Charlie Ratchet in the 2015 Syfy disaster film “Christmas Icetastrophe”, opposite Jennifer Spence.

It was followed by his portrayals of Chuck Greene in the Crackle horror film “Dead Rising: Endgame” and Matthew Everston in the Hallmark Channel romantic comedy film “Summer Villa”, both released in 2016.

In 2017, Victor Webster completely focused on filming various Hallmark Channel film titles, such as the romantic drama “Love Blossom” playing Dec Granger, the romantic family drama “Home For Christmas Day” starring as Jackson, and the romantic comedy “A Harvest Wedding”, landing the role of David Nichols. He was then cast as Douglas Peterson in the Hallmark Channel drama series “Chesapeake Shores” (2017-2018), based on Sherryl Woods’ book series of the same title.

Thereafter, he had the part of Carter Allen in another Hallmark Channel film, entitled “Homegrown Christmas” (2018), next to Lori Loughlin, after which he played Victor Hawk in the action film “Wings Over Everest” (2019), written and directed by Fay Yu. From 2019 to 2021, Victor was cast as Detective Kyle Cooper in Hallmark Channel’s “Matchmaker Mysteries” franchise that consists of three film titles – “A Killer Engagement”, “A Fatal Romance”, and “The Art Of Kill”. Concurrently, he also played Mike Bolinski in the CBC Television sitcom “Workin’ Moms” (2019-2020).

Most recently, he featured as Blanton Silver in the Freeform supernatural drama series “Motherland: Fort Salem” in 2021 and portrayed Nick in the Hallmark Channel romantic film “The Wedding Veil Legacy” in 2022.

Victor Webster has short dark brown hair and dark brown eyes. He stands at a height of 6ft 5ins (1.96m), while his weight is around 216lbs (98kgs) – information about his vital statistics, biceps size, and shoe size isn’t available.

Victor Webster met his future wife, famous actress Shantel VanSanten, on the set of “Love Blossom” in 2016. The two soon became romantically involved, became engaged on 9 February 2021, and the couple exchanged their wedding vows at a ceremony held on 9 August of the same year. Their current residence is in Los Angeles, California.