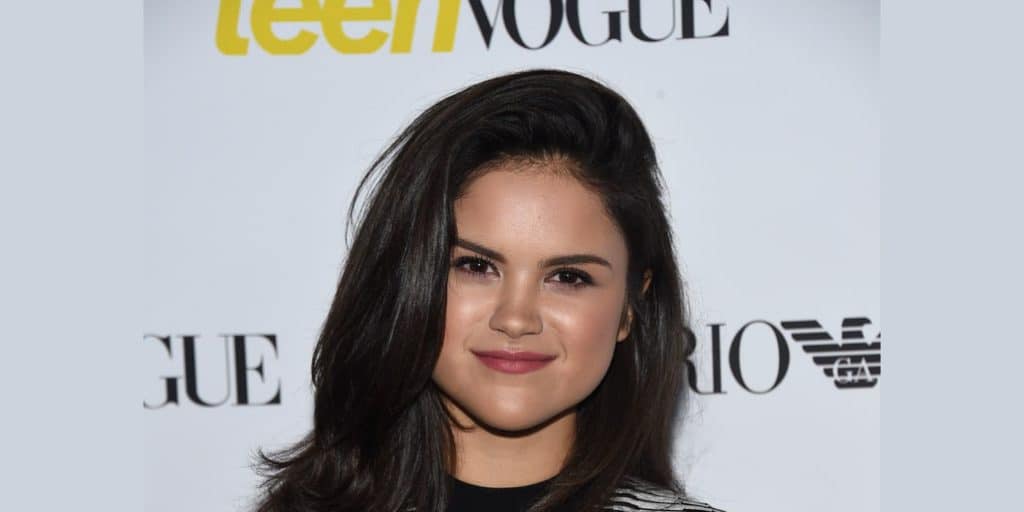 Victoria Moroles was born in Corpus Christi, Texas USA, on 4 September 1996 – her zodiac sign is Virgo, and she holds American nationality. She’s an actress and a dancer, with close to 20 acting credits to her name, perhaps known best for her portrayal of Hayden Romero, in the critically acclaimed action fantasy series “Teen Wolf”. It was created by Jeff Davis, starred Tyler Posey, Holland Roden and Dylan O’Brien, and follows two friends, one of whom has been bitten by a werewolf; the series aired from 2011 to 2017 (Victoria was member of the cast from 2015 to 2017), and won 23 of the 63 awards for which it was nominated.

Victoria was raised in Corpus Christi alongside her brother Chris and sister Laura, by their parents about whom nothing’s known, as Victoria respects their privacy; it’s said that her father’s a lawyer, and that her mother’s a real estate agent.

She became interested in dancing at a very early age, and practiced her skills at Millennium Dance Complex. Victoria was also into acting, and her friends often asked her to perform for them; she could also have been seen in plays performed at a local theatre.

She launched her acting career aged 13, with her portrayal of Wendy in the 2009 short action film “Liberty Lane”, and the following year saw Victoria star as Girl, in the short adventure movie “The Wicked Waltz”. She then moved to Los Angeles, California to focus on her acting career, and honed her skills at LaValle Actors Workshop; Victoria also practiced comedy at The Groundlings Improv School.

She attended a local high school, but upon matriculating in 2014 Victoria didn’t enroll at college.

The year 2011 saw Victoria star in two short films: the drama “The Faithful” and the comedy “Maddoggin’”.

In 2013, she played Brittany in the short comedy drama “The First Home”, and in the following year, Victoria was cast to play Pia in the popular family sports drama “Cloud 9”. It was written by Justin Ware, directed by Paul Hoen, and starred Luke Benward, Dove Cameron and Mike Manning; the film follows a former snowboarding champion who’s teaching a young girl to snowboard.

Victoria then played Paula in the 2016 comedy “Is That a Gun in Your Pocket?”, written and directed by Matt Cooper, and which starred Andrea Anders, Matt Passmore and Cloris Leachman. It follows Jenna who has convinced the women of her small town not to have sex with their husbands, until they hand over all of their guns; the movie won three awards. Three of Victoria’s following roles were in the 2017 horror “Spook”, the 2018 fantasy horror drama “Down a Dark Hall” and the 2019 short horror “Killer Date”.

Most recently, in 2021, she portrayed the lead character Lupe in the hit comedy “Plan B”, directed by Natalie Morales, and which also starred Kuhoo Verma and Michael Provost. It follows two girls who are searching for a Plan B pill after a bad first sexual experience.

She made her debut TV series appearance with her portrayal of Rosa Flores, in the 2012 episode “Wild Flowers” of the mystery crime drama “CSI: Crime Scene Investigation”, and two years later, Victoria portrayed Teenage Girl, in the episode “Gauntlet” of the action crime drama “Legends”.

In 2016, we saw her appear in the episode “The House” of the horror mini-series “Sleep Tight”, and Victoria also played the supporting character Andie Bustamante, in the popular family comedy dram “Liv and Maddie: Cali Style”. It was created by Ron Hart and John D. Beck, starred Dove Cameron and Joey Bragg, and follows Liv who’s a TV star, and has just returned to her high school at which Maddie is a star now; the series won one of the 11 awards for which it was nominated.

In 2018, Victoria played Carla, in two episodes of the fantasy comedy drama “Here and Now”, and most recently, in 2021, she played Olivia in the episode “Joe Goldberg Gets Stalked” of the comedy “Go Off with Jess & Julissa”.

Victoria can be heard featured in two episodes of the podcast “Hometown to Hollywood”.

She has made a guest appearance in a couple of talk-shows, such as “Wolf Watch” and “Good Morning America”.

Victoria’s quite secretive when it comes to her love life, and hasn’t spoken of any boys or girls whom she has perhaps been with, which is mostly why there are rumors circulating the internet, concerning both her past and present relationships, and her sexual orientation.

It’s believed by many that she was in a relationship with Dylan Sprayberry in 2017; he’s an American actor whom she met on the set of the series “Teen Wolf”. Dylan has appeared in more than 30 movies and TV series, and has been nominated for two awards. According to some of Victoria’s fans, she and Dylan were spotted spending time together on multiple occasions, but neither has addressed the rumors regarding their relationship.

There are also those who believe that Victoria is perhaps lesbian, and that this is why she hasn’t mentioned the boys whom she has dated; this hasn’t been confirmed either.

As of November 2021, Victoria seems to be single, hasn’t married and doesn’t have children.

Victoria enjoys being active on Instagram, mostly because she’s amassed over 500,000 followers, and has uploaded more than 200 pictures onto the network, the majority of which have been taken during her everyday life.

She’s a huge dog-lover, and her pet dog can be seen featured in some of her Instagram pictures; Victoria is also crazy about wolves.

She likes to travel, and her acting career has already taken her to a couple of US states, including New York and Nevada, while she’s also been to France and Italy in Europe; her dream travel destination is London in England.

She has her own favorite actors and actresses, some of whom are Matt Damon, Tom Hanks and Angelina Jolie, while a couple of her favorite films include “Catch Me If You Can”, “The Terminal” and “Lara Croft: Tomb Raider – The Cradle of Life”.