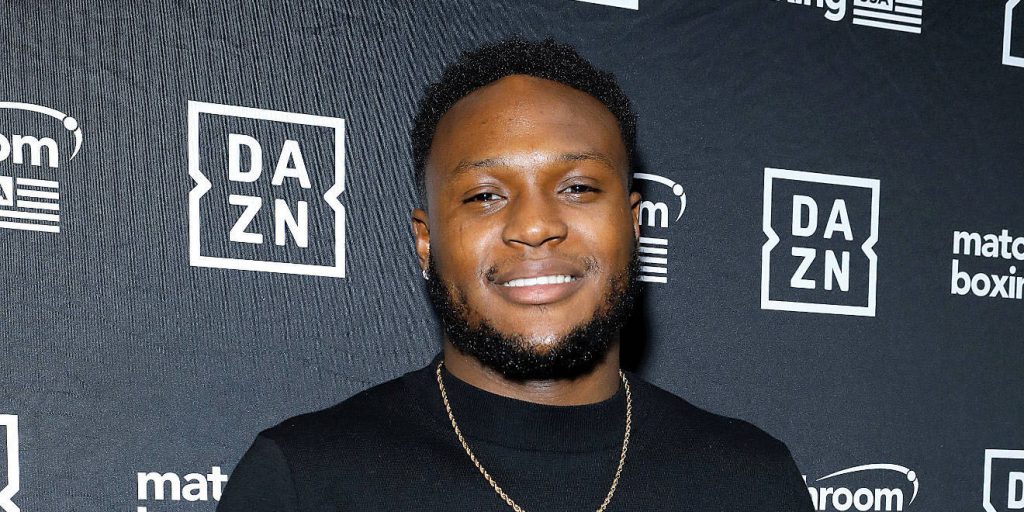 Who is Viddal Riley?

Viddal Ethan Danso Riley was born in Hackney, London, England, on 7 July 1997 – his zodiac sign is Cancer, and he holds British nationality. He’s a rapper, YouTuber and a professional boxer, who’s also known for being the boxing trainer of KSI, the popular British YouTuber and rapper whose real name is Olajide Olayinka Williams ‘JJ’ Olatunji.

Viddal was raised in Hackney alongside his younger sister, by their parents about whom nothing’s known, as Viddal respects their privacy; it’s said that their father Derrick Riley is the owner of a car wash, and that their mother’s working at a local supermarket as a cashier.

Viddal was only six years old when he started boxing; it was his father who encouraged him to take on the sport, as he was a huge fan. He studied at Northumberland Park Community School, and practiced boxing at West Ham Boxing Club. Viddal started going to the gym when he was 17 years old, and eventually became a personal trainer at a Stratford’s GymBox gym.

He matriculated in 2015, and then didn’t attend college, but focused on his career.

Viddal attracted a lot of attention as an amateur boxer, having won eight national championships; he also won a silver medal at a competition held in Anapa, Russia. As an amateur, Viddal won 41 of his 49 fights, 19 of which were by a knockout.

In 2018, Viddal came to the Mayweather Boxing Club in Las Vegas, Nevada because KSI was to fight Logan Paul, a popular YouTuber, actor and boxer. While there, Viddal sparred with Andrew Tabiti, who’s an American professional boxer; Amer Abdallah and Jeff Mayweather saw Viddal, and convinced him to start boxing professionally. He fought his first opponent, Julio Manuel Gonzalez, on 30 November 2018 in Tijuana, Mexico, winning by knockout in the first round. On 10 January 2019 in Las Vegas, he fought against Mitchell Spangler, and also won by a knockout in the first round; Viddal also won his third fight against Austnie Nnamdi on 3 May 2019, with the judges’ unanimous decision.

On 28 February 2020, he fought Muhammad Abdullah, winning by the judges’ unanimous decision.

Viddal launched his eponymous YouTube channel on 30 June 2015, and it’s today subscribed to by over a million people, while it numbers close to 100 million views of all his videos combined. He’s mostly focused on uploading videos related to boxing, while most of these feature him reacting to videos of his own and other people’s boxing matches. We’re going to mention three of Viddal’s most popular YouTube videos, which have helped him gain many subscribers.

His #1 video “Reacting To My First Pro Fight W/ KSI & Randolph” has been watched close to six million times since 23 December 2018, and the tittle’s quite self-explanatory.

His second most popular video “KSI REACTS TO HIS PRO FIGHT VS LOGAN PAUL” has been viewed over five million time since 25 November 2019, and features KSI and Viddal watching KSI’s professional fight against Logan Paul.

Viddal’s third most popular video “THE REASON I HIT KSI.” has been viewed close to five million times since 30 January 2020, and features Viddal talking about his and KSI’s argument which ended with him hitting KSI.

Viddal is quite active on Instagram, and seems to be enjoying the attention which he’s receiving from his close to 600,000 followers. He has uploaded nearly 150 pictures onto the network, the majority of which have been taken during his everyday life, and feature him practicing boxing.

Viddal launched his Twitter account in June 2014, and has since amassed close to 400,000 followers, while he has tweeted nearly 10,000 times, mostly to announce the upload of his new YouTube videos, but also to share his opinion on various matters.

Viddal has a Facebook profile as well, but apparently uses it just to keep in touch with his closest friends and family members; his most recent update was on 7 June 2019.

He’s quite active on TikTok, and is today followed by more than 60,000 people on the network, while he’s amassed close to 200,000 likes of all his videos combined.

Viddal’s amongst the most secretive people on the internet, as he hasn’t mentioned any women (or men) whom he has perhaps been with. This is why there are rumors circulating the internet, concerning his past and present relationships, and his sexual orientation.

Some of Viddal’s fans believe that the boxer was in a long-term relationship with an American non-celebrity woman in the 2010s, and that he was also planning to marry her; according to these rumors, the two broke up for unknown reasons, which made Viddal not want to date anyone anytime soon. These rumors haven’t been confirmed, nor has Viddal commented on this.

There are also those who believe that he might be gay, and this to be the reason why he avoids talking about his love life; this hasn’t been confirmed either.

As of November 2021, he appears to be single, hasn’t married and doesn’t have children.

Viddal spends the majority of his spare time either working out at the gym, or practicing boxing. He has five to six training sessions at the gym every week, while he boxes every day.

He’s into travelling, and his career has taken him to various European countries, including France, Italy and Germany, while he has also been to several US states, such as New York and California.

He is a fan of tattoos, and has many inked onto various parts of his body, including his right arm and his chest.

Viddal likes to watch movies late at night, and his favorite actor and actress are Will Smith and Natalie Portman, while a couple of his favorite films are “Independence Day”, “Bad Boys” and “Leon: The Professional”.