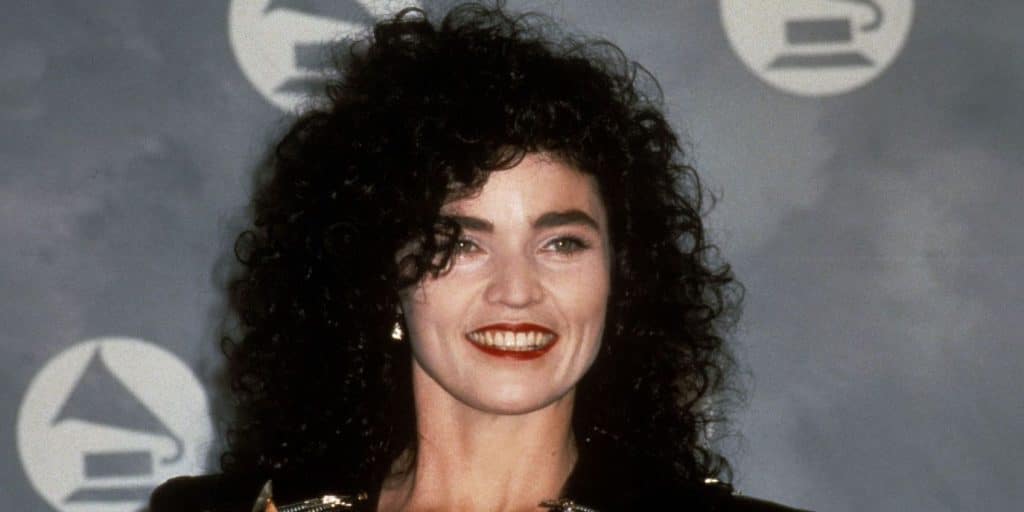 What happened to Alannah Myles? Net Worth, Husband, Height

Who is Alannah Myles?

Alannah Byles (note) was born in Toronto, Ontario Canada, on 25 December 1958 – her zodiac sign is Capricorn, and she holds Canadian nationality. She’s a singer-songwriter and an actress, who’s perhaps known best for her 1989 single “Black Velvet”, which topped the US Billboard Hot 100 Chart, and was amongst the 10 most popular songs in Canada; its music video was uploaded onto YouTube on 26 August 2014, and has since been watched more than 100 million times.

Alannah was raised in Toronto by her mother who was a housewife, and her father William Douglas Byles who was inducted into the Canadian Association of Broadcasters’ Hall of Fame for his contribution to the broadcasting industry.

Alannah hasn’t mentioned having any siblings, and is thus believed to be an only child.

She was nine years old when she started writing her own songs, and was 12 when she performed for the first time, at the Kiwanis Music Festival. Alannah studied at a local high school in Toronto, and was interested in numerous activities during her time there; she was a member of the school’s drama club, practiced creative writing, and also gymnastics.

Upon matriculating in 1976, she chose to focus on her music career, and didn’t enroll at college.

Career as a singer

Alannah was 18 years old when she launched her career by performing around Ontario, while she was soon noticed by the Canadian songwriter and record artist Christopher Ward, who worked at Warner Music Group at that time; Christopher then helped Alannah form her own band, while she was its lead singer.

She was 19 when she changed her last name from ‘Byles’ to ‘Myles’; she made money by appearing in TV commercials, most of which was used for the recording of her music demos, which were rejected by most Canadian agencies. She did record three songs, and in the first half of the ‘80s, Alannah started working on her debut album.

In 1987, she signed an eight-year contract with Atlantic Records, and collaborated with Christopher and the Canadian rock music producer and songwriter David Michael Tyson on her debut self-titled album, which was released in 1989; it was very popular, and Alannah spent a year and a half touring around the world to promote it. It was certified diamond after having sold over a million copies, and it remains the only Canadian debut album to achieve this, and it has now sold more than six million copies as of late 2021.

Her hit song “Black Velvet” won Alannah a 1991 Grammy Award for Best Female Rock Performance, as well as three Juno Awards; she was also nominated for a 1992 Grammy Award for her song “Rockinghorse”.

Her following album “A-lan-nah” was released in 1995, but her contract with Atlantic Records was then terminated, so Alannah went on to sign with Ark 21 Records, with whom she released her new album “A Rival”, which included her hit song “Bad 4 You”. She spent the following two decades touring around Canada and Europe, while she also released two compilation albums in 1998 and 2001.

She launched her own music label Fascinate Inc. in the mid-2010s.

Alannah has been nominated for 16 awards, which include 12 Junos, two Grammys and two MTV VMA awards, out of which she’s won four Juno Awards and a Grammy.

Alannah has appeared in close to 20 movies and TV series, while most of these are her appearances in her own music videos.

In 1984, she portrayed Angie in the episode “Catharine Finds Her Balance” of the family drama “The Kids of Degrassi Street”, created by Linda Schuyler, and which starred Stacie Mistysyn, John Ioannou and Sarah Charlesworth. It follows a couple of children who are living in Toronto’s Degrassi Street – aired from 1979 to 1986, it was nominated for a single award.

She played Kelly in the 1987 episode “Headhunter” of the adventure comedy series “Adderly”, as well as Samantha in the 1989 episode “Vengeance Is Mine” of the action horror drama “War of the Worlds”.

In 2001, Alannah appeared in the episode “All the World’s a Stage” of the romantic action series “La Femme Nikita”.

Most recently, in 2012 Alannah played the supporting character L in the drama movie “Covenant”, written and directed by Steven Rumbelow, and which starred Caroline Azar, P. Bettis and Anton Brejak. It follows three people who have arrived at a distant planet on the other side of the galaxy, which appears to be paradise at first, until alien life forms start to hunt them.

Alannah is highly secretive when it comes to her love life, and hasn’t spoken of any men whom she has perhaps been with, however, it’s still widely known that she was in a relationship with the music arranger Robert Plant in 1990, and that the two were together for around a year.

Most of her fans believe that she hasn’t been searching for love because she has been focused on her career, and she has written on her website that ‘Alannah was and will always be married to her music’.

Some of her fans believe that she’s today a married woman, and that she’s keeping her husband away from the media’s attention; some have even claimed to have seen the two walking hand in hand, but no evidence has been provided to support these claims, nor has Alannah commented on these rumors.

As of December 2021, she seems to single, hasn’t married and doesn’t have children.

Alannah is a huge lover of animals, and her pet cat can be seen featured in some of her Instagram pictures; she’s quite active on the network, but has amassed only close to 3,000 followers.

Alannah likes to travel, and her career has taken her all around Canada and the USA, as well as to many European and Asian countries, while her dream travel destination is Dubrovnik in Croatia.

if the dress fits, wear it ~

She was physically highly active during her 20s, 30s and 40s, and had multiple training sessions at the gym every week; Alannah is today mostly focused on practicing yoga and meditating.

She enjoys watching Hollywood movies in her spare time, and her favorite actresses are Meryl Streep, Anne Hathaway and Julia Roberts, while a couple of her favorite films include “The Bridges of Madison County”, “Les Miserables” and “Notting Hill”.

As of December 2021, her net worth has been estimated at over $5 million.