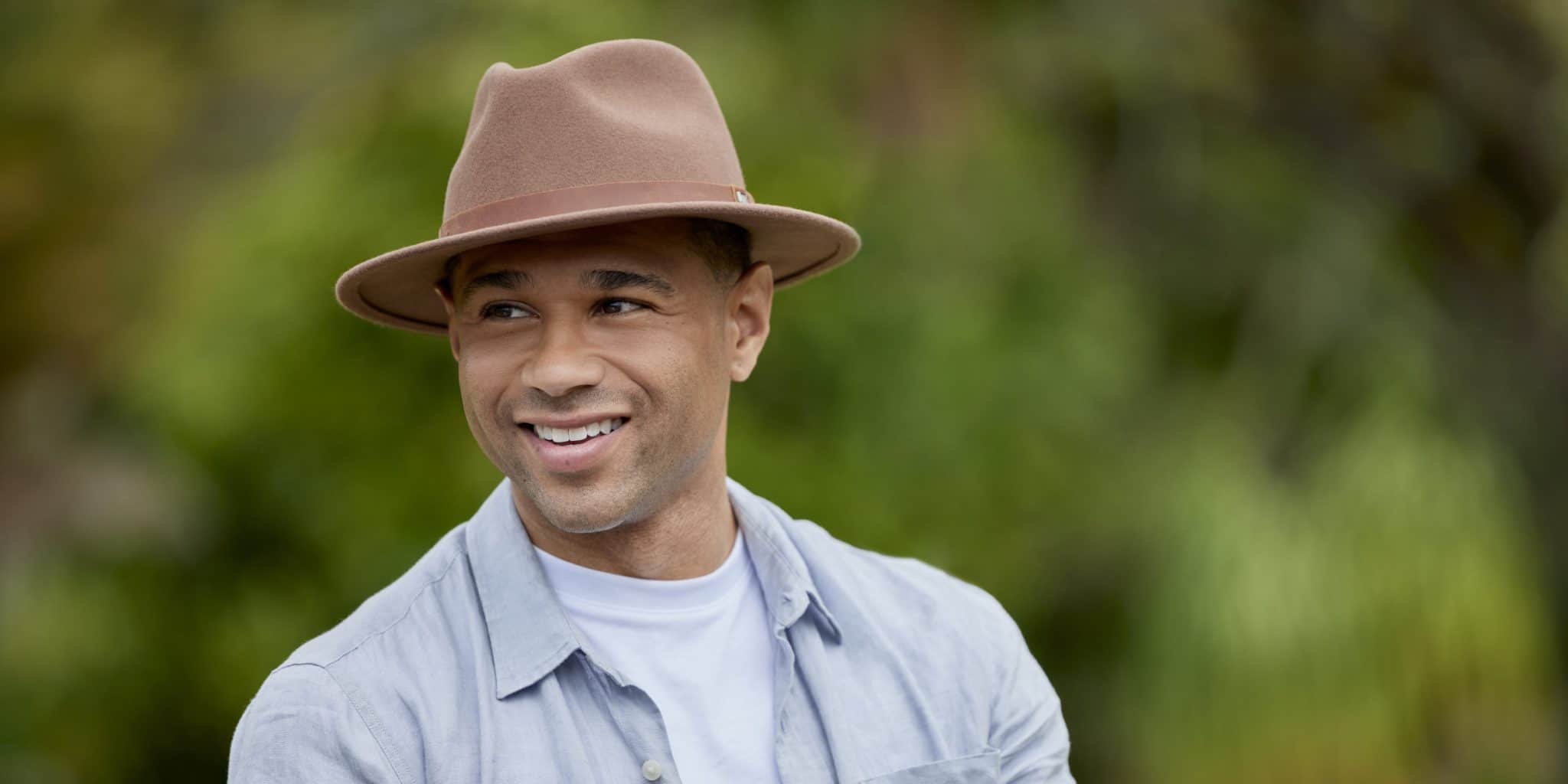 Corbin Bleu is an American actor, dancer, producer and singer, perhaps best known for playing Chad Danforth in the “High School Musical” series. Read on to learn everything about this multi-talented Hollywood superstar.

Corbin Bleu Reivers was born on 21 February 1989 under the zodiac sign of Pisces, to Martha Callari and David Reivers, in Brooklyn, New York City USA. His mother Martha Callari is Italian, while his father David Reivers is Jamaican, so Corbin is bi-racial and holds dual nationality from Jamaica and Italy. However, in an interview with BET, he said that he identifies as Black when it comes to film roles.

Corbin was raised with his three younger sisters, Jag, Phoenix and Hunter Reivers. Theirs is a family of actors – his father David was an actor, and so was Joseph Callari, his great-uncle. Corbin knew what he wanted to become at an early age, and his parents prepared him for stardom.

He landed his first gig at age two, appearing in a commercial for Life Cereals, and went on to appear in commercials for Nabisco, Hasbro, and Bounty. He also studied dance as a child, specializing in jazz and ballet.

At age four, he signed with Ford Modeling Agency, New York, and appeared in fashion spreads and print ads for brands such as Target, Toys R Us, and American Baby Magazine. At six, he was already taking parts in Scott Siegel’s off-Broadway production at The Town Hall, Manhattan.

Corbin and his parents relocated to Los Angeles, California in 1996, enabling him to pursue an acting career on a larger scale. He attended Los Angeles County High School for the Arts, then attended the Debbie Allen Dance Academy. In 2007, Corbin matriculated from Fiorello H. LaGuardia High School, where he was a theater major (like his mother). He was accepted into Stanford University but declined the offer due to his schedule.

Bleu started appearing in TV roles in 1996, taking a recurring role in “High Incident”, and played the role of a little boy in “ER”. Throughout the rest of the ‘90s, Bleu held minor or guest roles in films and shows such as “Soldier” and “Malcolm & Eddie” both in 1998, and “Mystery Man” and “Galaxy Quest” in 1999.

In 2000, he guest-starred as Nick Elderby in “Cover Me”, then played Austin in Bart Freundlich’s “Catch That Kid” (2004). In 2005, he landed the major role of Nathan McHugh, an arrogant Boy Scout in “Flight 29 Down” alongside Hallee Hirsh, Lauren Strom and Jeremy James Kissner; the show aired on the Discovery Kids Network until 2007.

Corbin Bleu landed his breakthrough role in 2006, in the role of the basketball player Chad Danforth, Troy Bolton’s best friend in Disney’s “High School Musical”, trying to persuade Troy (Zac Efron) to give up theater and focus on winning the basketball championship.

Bleu also contributed heavily to the films’ soundtracks, performed a duet, “I Don’t Dance” with Luca Gabreel, and the song was top forty on the Billboard 100.

In 2007, Corbin starred in Disney’s “Jump In”, playing the role of Isadore ‘Izzy’ Daniels, a boy training to win the Golden Glove US amateur boxing championship, as his father did. Two years later, he was cast as Isaac in CW’s teen drama miniseries, “The Beautiful Life”(2009), and the same year had the lead role in “Free Style” as Cale Bryant, but the film performed poorly at the box office.

In April 2013, Bleu joined ABC’s “One Life to Live”, playing Jeffrey King, a freelance journalist; speaking about his experience working with the cast, Bleu said, ‘I get a chance to work with Erica Slezak, who’s been on the show for more than 40 years. It’s a little crazy, but it definitely gets interesting every day.’

In September 2013, Corbin participated in the seventeenth season of “Dancing With the Stars”, in which he and his partner Karina Smirnoff finished as runners-up. He then played Marcus King in “Megachurch Murder”(2015), alongside Shanica Knowles, Romeo Miller and Tamala Jones.

Bleu made his Broadway debut in 2010, as bodega-owner Usnavi, who dreams and sings about a better life in Quiara Hudes’ musical “In The Heights”.

In October 2016, Bleu played Ted in Broadway’s revival of the 1942 Academy Award-winning film “Holiday Inn”, renamed as “Holiday Inn: The New Irving Berlin Musical”. Between 28 and 30 July 2017, Corbin performed as Sky in the “Mamma Mia!” musical at the Hollywood Bowl, opposite Lea DeLaria, Dove Cameron and Jennifer Nettles.

In 2018, he played the role of Don Lockwood in another musical, “Singin’ in the Rain” at the St. Louis Municipal Opera Theatre. The following year, he portrayed Bill Calhoun/Lucentio in Broadway’s revival of “Kiss Me, Kate” (2019) at the Roundabout Theatre’s Studio 54, and was subsequently nominated for the Drama Desk Award, for Outstanding Featured Actor in a Musical.

Corbin Bleu signed a recording contract with Hollywood Records and released his debut album, “Another Side” in May 2007; it debuted at number 36 on the Billboard 200. His music video for “Push it to the Limit” premiered on the Disney channel and was used to promote the film “Jump In”.

Subsequently, he released his debut single, “Run It Back Again”, which was featured in the 2008 film “Minutemen”.

On 10 March 2009, Bleu released his sophomore album, “Speed of Light” via Hollywood Records. He performed its first single, “Moments That Matter” at the ‘Kids’ Inaugural: We are the Future’ of 2009.

He has worked with other artists such as Ne-Yo, Miley Cyrus, Eric Hudson, and Matthew Gerrard.

When Corbin started acting, he developed an interest in the producing aspect of film and television. He produced the 2009 film, “Free Style”, then “Scary or Die” in 2012.

Bleu is currently working on “The Day I Died”, a film about the consequences of bullying. However, its release date remains undisclosed.

He started dating actress Sasha Clements in 2011, and they married on 23 July 2016. The couple are yet to announce the birth of a child. The actor and his wife live in Los Angeles.

On 16 March 2010, Corbin Bleu scored a major milestone, as his portrait was added to the ‘Broadway Wall of Fame.

Bleu is an avid supporter of humanitarian causes, including organizations such as the Make-A-Wish Foundation, Starlight Children’s Foundation and St. Jude Children’s Research Hospital.

Corbin Bleu is 5ft 11ins (1.80m) tall and weighs around 159lbs (72kgs), with short curly hair and brown eyes. His dressing sense is diverse, but he loves wearing black coats over his clothes. Sometimes he wears vests that showcase his muscles.

In late 2021, Corbin Bleu reportedly has a net worth valued at $4 million. Details of property owned by the actor and his family remain undisclosed.