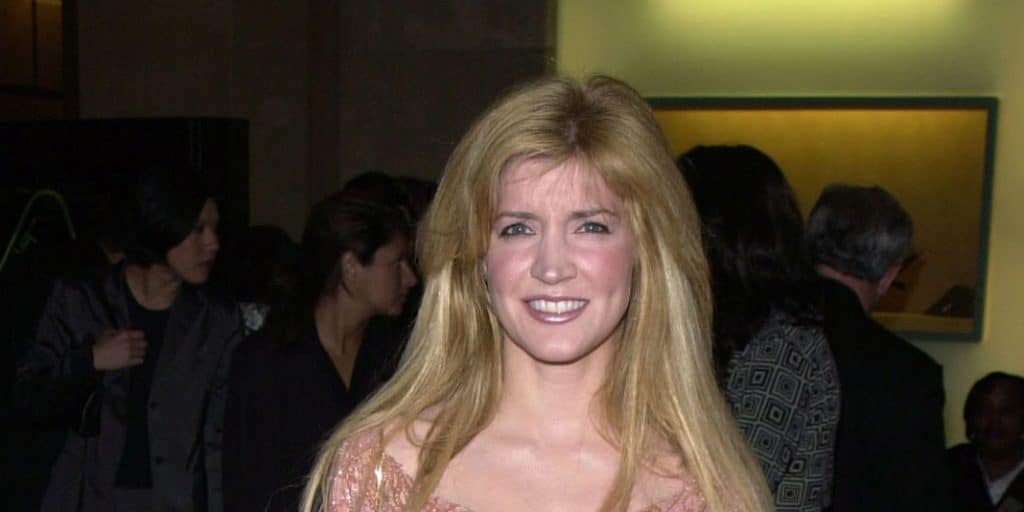 Who is Crystal Bernard?

Crystal Bernard is a former actress, singer, and songwriter, perhaps best known for her roles in popular sitcoms such as “Wings”, “Happy Days”, and “It’s a Living”. She was born under the Zodiac sign Libra on 30 September 1961, in Garland, Texas, USA, so as of early 2022, Crystal is 60 years old and holds American nationality.

Crystal was born to parents Jerry Wayne Bernard and Gylon Fussell. Her father, Jerry, was a televangelist and singer, who spent most of his life singing, teaching, and preaching the word of God across the US. Besides his prolific and long career as a Baptist minister, at an older age, Jerry launched a career as an actor, portraying minor characters in movies and series including “Chameleons”, “Lady Against the Odds”, and “The Contract”.

Her mother, Gylon, worked as a teacher, but in the ‘80s, changed her profession and became an artist and sculptor. Gylon spent most of her childhood and formative years in Oak Creek Village. Regarding her siblings, Crystal has three sisters, Robyn, Angelique and Scarlet.

From an early age, she followed in her father’s footsteps, and began singing, dancing and performing at gatherings and family reunions. Her sisters also shared an interest in music, especially Robyn, which prompted them to write and record several religious songs, including “The Monkey Song”, which contained lyrics opposing the theory of evolution.

Considering that her father held his sermons at the Tomas Road Baptist Church, this is where they recorded and also performed their music, including gospel songs.

When it comes to her education, she attended Spring High School, where Crystal was an excellent student with a vast array of interests and talents, including acting, which came naturally to her given that she had obtained experience performing at church.

After matriculating in 1979, Crystal enrolled at Baylor University, from which she graduated with a degree in theater and international relations. To further her knowledge of acting, Crystal joined the professional company Alley Theatre in Houston, Texas.

Crystal kicked off her career in 1982, with minor roles in the comedy movie “Young Doctors in Love”, and the sitcom “Gimme a Break!”. During the same year, she landed the recurring role as K.C. Cunningham in the popular sitcom “Happy Days”, appearing in 16 episodes from 1982 to 1983.

After her one-episode appearance in the series “Fantasy Island”, Crystal portrayed Ann Marie Conklin in the TV movie “High School USA”, then in 1984 she starred in the film “Master Ninja II”, and appeared in an episode of the action-adventure series “The Master”.

Following her several guest appearances in the first two seasons of the sitcom “It’s a Living”, she was cast as one of the main characters, Carrie Brown, in the third season, ultimately through six. The series followed the lives of waitresses working in a Los Angeles restaurant, and concluded in 1989.

In 1987 Crystal portrayed the lead role of Courtney Bates in the slasher/comedy movie “Slumber Party Massacre II”, alongside Kimberly McArthur and Juliette Cummings. Despite garnering negative reviews, the film was a commercial success, grossing 1.3 million against a $500,000 budget.

In the following decade, she mostly focused on appearances on TV, starring in various series and movies such as “Paradise” and “When Will I Be Loved?” In 1990, she landed her most notable role in the sitcom “Wings”, as Helen Chappel, a petite blonde girl with a Texan drawl, who works at the airport terminal but aspires to become a singer. Sharing the screen with Tim Daly, Steven Weber, and Thomas Church, Crystal appeared in the eighth season of the show, which concluded in 1997.

Concurrently, Crystal starred in numerous made-for-TV movies, including “Miracle Child”, “As Good As Dead”, and “Siringo”, until in 1999 being cast as Jean McLemore in the romantic/tragic comedy “Gideon”.

Crystal kicked off the new millennium as Cheryl in the comedy/drama film “Jackpot”, followed by her appearance in an episode of the sitcom “According to Jim”. From 2004 to 2005, Crystal collaborated with Hallmark Channel, and appeared in two movies, “Single Santa Seeks Mrs Claus” and “Meet the Santa’s”. Her last roles were in the 2007 movie “Welcome to Paradise”, and the 2008 thriller “Grave Misconduct”.

After “Wings” concluded, she also played in the theatre, appearing in a number of plays. In 1999 she performed in the L.A. production of “Crimes of the Heart”, which later earned the nomination for Best Play by Tony Awards. Crystal then portrayed the character of sharpshooter Annie Oakley, in the musical “Annie Get the Gun” (2001).

In 2005 she shared the stage with Daniel Stern, the actor, scriptwriter and director in the Falcon Theatre production of “Barbara’s Wedding”.

A versatile individual, while simultaneously building her profile as an actress, Crystal always carried a passion for music, and in 1995 released her first music video, for the single “I Wanna Take Forever Tonight”. She also co-wrote the song “If I Were Your Girl”, which was featured on Paula Abdul’s album “Head Over Heels”.

The following year, she put out her debut album – “Girl Next Door” – under the music label River North, and the music video for the single “Have We Forgotten What Love Is”.

Crystal then recorded the songs “State of Mind” and “You’re Gonna Miss a Whole Lotta Love”.

In 1999, she released her second album, “Don’t Touch Me There”, and the eponymous lead single. During her brief music career, Crystal collaborated with other artists such as Jim Messina and Peter Cetera.

While active in the entertainment industry, she was linked to various celebrities and actors – Crystal dated the Grammy winner and producer Michael Shipley, and later had a long-term relationship with TV producer Tony Thomas. In the ‘90s, she briefly dated the political commentator Rush Limbaugh, but they couldn‘t manage their busy schedules, and so broke up. In 2004, she was linked to Billy Dean, whom she dated for a year.

At the time when Crystal was actively pursuing her music career, some rumors circulated that she was romantically involved and later secretly married the singer Peter Cetera with whom she recorded the 1995 single “I Wanna Take Forever Tonight”. However, she never disclosed any relevant information, or confirmed the rumors. In fact, she’s never walked down the aisle, and it is believed that she is currently single.

During her career, Crystal has been praised for her slender looks and often received compliments on her physique.

Even today, she has managed to maintain her fit figure; she’s never revealed the secret to her enchanting looks and envious physique. Regarding her fashion style, she has always preferred wearing short skirts, feminine dresses and blouses that accentuate her curves.

At the moment, she doesn’t use any social platform, but previously had Twitter and Facebook accounts, which she abandoned in 2016.

As of 2022, Crystal’s estimated net worth is estimated at over $5 million, which she’s earned through her numerous endeavors. Even though she halted her acting career in 2008, her active involvement in other avenues of the entertainment industry allowed her to maintain her wealth.