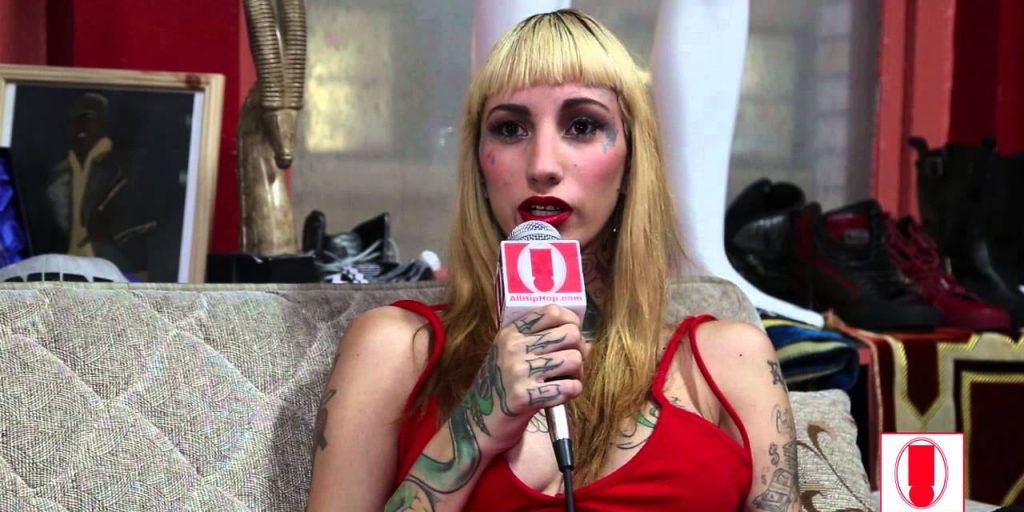 What happened to Kat Stacks? Age, Height, Husband, Net Worth

Who is Kat Stacks?

Kat Stacks is a Venezuelan-born American rapper, social media star, and vlogger. A rather controversial personality, she’s attained fame by talking about her sexual involvement with famous rappers, such as Gucci Mane and Soulja Boy, among many others. According to her own words, she’s been with more than 30 rappers during her life.

What Happened to Kat Stacks?

Kat had a troubled life, but has since left her past behind, and is now keeping a low profile. She recently accepted an interview with Adam and the YouTube podcast channel No Jumper, in which she talked about her past and what she’s doing now.

A post shared by The Industry On Blast (@theindustryonblastx)

Kat Stacks was born as Andrea Herrera on 2 November 1989 under the Scorpio zodiac sign, in Caracas, Venezuela, the daughter of Johnyelsi Cardenas, while there is no information about her father. The family moved to the USA when she was nine and finally settled in Miami, Florida as her parents wanted to provide a better life for her daughter. However, the immigrant family in Miami didn’t find its place and Kat’s struggles continued.

She was forced into prostitution at just 14 years old; Kat left her family with her pimp and moved to New York, where all her troubles started.

Once in New York, her pimp started being abusive towards her, but she didn’t have anyone to turn to. Soon after, she became pregnant and her pimp abandoned her when the police put her in jail, as she had a gun on her for which she didn’t have a license and it was discovered that she was working as a call girl.

Once in jail, it was discovered that she didn’t have US citizenship. She had to keep her pregnancy to receive citizenship, otherwise, she would have been deported.

She was released from the deportation office once her mother signed release papers, and she also got an ankle bracelet so that she could be tracked by the police. Kat went back to Miami to live with her mother and grandmother, who helped her with her son TJ. Before she was jailed, her mother didn’t know for five years where she was and what she was doing, but then accepted her back when she hit the wall and had nowhere to go and no one to call.

However, she left her mother again and this time became close with Jenna Shea, model and internet personality, who helped her reach out to all the famous rappers Kat allegedly slept with. According to Kat, she would send messages to such rappers as Soulja Boy, Gucci Mane, even 50 Cent and Snoop Dog, among others, and they would pay for her services. She documented her adventures and spoke about them on Worldstarhiphop, sharing her story in numerous videos uploaded on the website.

Kat remembers how she was abused by all those rappers, and that some left heavy bruises on her body. However, for the last three years, Kat has led a low-key life with her now ex-boyfriend, and hasn’t been involved in any controversy, just living in Miami, Florida, trying to raise her child.

As of late 2021, Kat Stacks’s net worth has been estimated to be around $200,000 earned through her career as a social media celebrity.

She has published two books, including her autobiography “THE UNTOLD STORY OF SEX TRAFFICKING IN AMERICA: Admire Andrea: Surviving Savagery To Saving Lives – An Autobiography By Andrea Herrera” (2013), the sales of which added to her wealth.

Kat has lived a rather turbulent life, but which has made her the star she is today. According to her stories, she has been with numerous rappers, but never developed a romantic relationship with any of them.

She was mostly paid to be with them, bragging about being paid $1,200 by Lil Wayne to be with him. However, she has had one relationship in the past, her most recent boyfriend, whom she dated from 2017 to 2020, but she hasn’t revealed his name or why they broke-up.

The popular social media personality has blonde hair – though she sometimes dyes it red, pink, or black – and has brown eyes. She stands at a height of 5ft 7ins (1.7m), while she weighs approximately 114lbs (52kgs), with vital statistics of 34-26-35, bra size 33C.

Nicki Minaj has been her idol ever since her debut album “Pink Friday”, and Kat wanted to become a rapper like her idol, however, she never got the chance to showcase her skills. However, she has used fashion instead of music as her outlet, and now copies Minaj occasionally in her public appearances.

She’s an avid animal lover, however, she currently doesn’t own any pets as she is strictly focused on her son and his wellbeing.