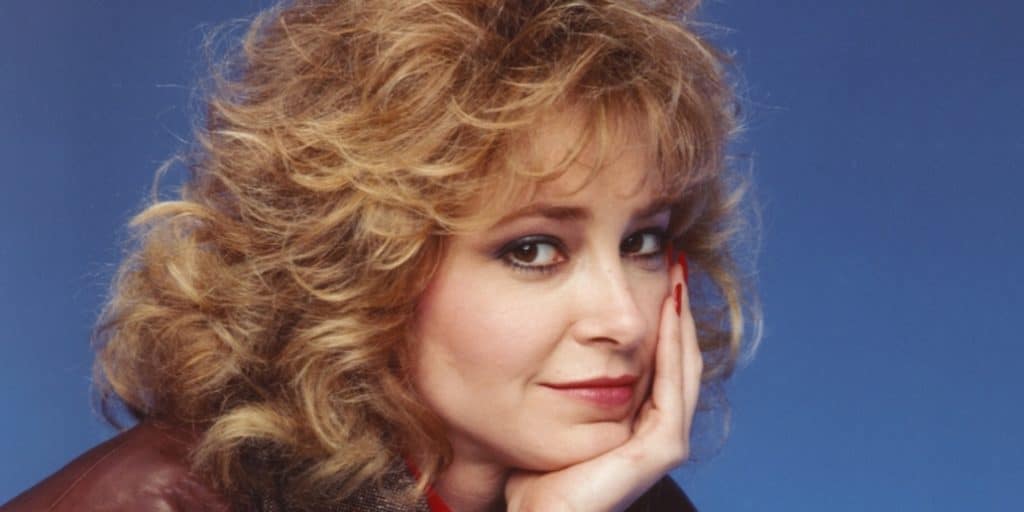 What happened to Lisa Eilbacher? Where is she now? Net Worth

Who is Lisa Eilbacher?

Lisa Marie Eilbacher was born on 5 May 1956 under the zodiac sign of Taurus, in Dhahran, Saudi Arabia. She‘s a 65-year-old American former actress, probably best recognized for landing the role of Callie Shaw in the ABC mystery series “The Hardy Boys/Nancy Drew Mysteries” (1977), playing Kate Morgan in the ABC detective comedy-drama series “Me And Mom” (1985), and featuring as Nicky Molloy in the NBC drama series “Midnight Caller” (1990-1991).

How rich is she, as of now? Lisa Eilbacher Net Worth

As of early 2022, Lisa Eilbacher’s net worth is estimated at over $2 million; acquired through her successful involvement in the world of entertainment as a professional actress, who garnered more than 50 television and film acting credits during the time her career was active from the mid-1960s to the mid-1990s.

Lisa Eilbacher was born in Saudi Arabia, where her father worked as an oil company executive, but she spent most of her early life in Paris, France, and later in Beverly Hills, California; there’s no further information about her parents. She has two younger siblings, both of whom are also actors – her brother Bobby is known for starring as Mike Horton in the NBC daytime soap opera “Days Of Our Lives”, while her sister Cindy Eilbacher is famous for her portrayal of Jerry Van Dyke’s daughter in the NBC fantasy sitcom “My Mother The Car”. Lisa is of part German descent holds American nationality, belongs to White Caucasian ethnic group, and is a Christian. Lisa hasn’t shared any details about her educational background.

Lisa Eilbacher started acting at a very young age, after being discovered by a talent manager while she was taking a walk with her mother. Shortly afterwards, she started making appearances in commercials, while her debut TV appearance came in 1964, when she appeared in an episode of the NBC/ABC Western series “Wagon Train”. She eventually made her feature film debut with the role of Caroline Kozlenko in the 1972 comedy-drama “The War Between Men And Women”, in which she shared the screen with Jack Lemmon, Jason Robards and Barbara Harris. During the same year, she made a guest appearance as Eloise in an episode of the NBC western series “Bonanza”, which is considered as one of the greatest TV series of all time.

In 1974, she took the supporting role of Sally in the ABC sitcom “The Texas Wheelers”, next to Jack Elam, Gary Busey and Mark Hamill, and the same year she played Ellen Wood in the made-for-TV horror-thriller film “Bad Ronald”, based on Jack Vance’s novel of the same title.

In 1976, Lisa Eilbacher took the role of Lisa in the made-for-TV adventure drama film “Panache”, directed by Gary Nelson, and won her first regular role in the following year when she was chosen to portray Callie Shaw in the ABC mystery series “The Hardy Boys/Nancy Drew Mysteries”, next to Parker Stevenson, Shaun Cassidy and Pamela Sue Martin. It was developed by Glen A. Larson and based on the juvenile novels “Hardy Boys” and “Nancy Drew” by Carolyn Keene.

Lisa then audition for the role of Princess Leia in “Star Wars: Episode IV – A New Hope” but didn’t get the part. Also in 1977, she played Carol in Henry Levin’s drama film “Run For The Roses”, after which she portrayed Jody Horton in the TV adaptation of Arthur Hailey’s book “Wheels”. In the following year, she took the lead role of the famous author and actress Patty Hearst in the made-for-TV drama film “The Ordeal Of Patty Hearst” about her kidnapping by a left-wing organization, and featured as Lynn Martin in another made-for-TV drama film entitled “Love For Rent”, directed by David Miller. She ended the decade with her appearance as Kit in the made-for-TV biographical comedy-drama film “To Race The Wind” (1980).

In 1981, Lisa starred as Sheila Moore in the made-for-TV horror film “This House Possessed” opposite Parker Stevenson, and played Jill Klein in the comedy film “On The Right Track”, next to Gary Coleman. It was followed by her portrayals of Casey Seeger in the commercially successful romantic film “An Officer And A Gentleman” (1982), in which she shared the screen with Richard Gere and Debra Winger. The next year, she was invited to play Madeline Henry in the ABC historical miniseries “The Winds Of War”, which was produced and created by Dan Curtis and based on Herman Wouk’s book of the same title. Also in 1983, Lisa had the part of Laurie Kessler in the crime horror-thriller film “10 To Midnight”, alongside Charles Bronson and Andrew Stevens, and featured as Dr. Ingrid Sorenson in the ABC medical drama series “Ryan’s Four”.

In the following year, she took the role of Jenny Summers in the critically acclaimed buddy cop action comedy film “Beverly Hills Cop”, next to Eddie Murphy – it was also the highest-grossing film of the year with more than $315 million grossed worldwide against the budget of $13 million. Afterwards, she played Maggie Egan in the CBS drama miniseries “Monte Carlo”, along with Joan Collins and George Hamilton.

Lisa Eilbacher then played Anne in the 1987 made-for-TV mystery drama film “Deadly Deception” and starred in the role of Melissa Jones in the 1988 action comedy film “Never Say Die”, followed by her appearances as Bridget Bowman in the sci-fi horror film “Leviathan” (1989), and as Susan in the action-adventure film “The Last Samurai” (1990).

Later that year, she joined the main cast of the third season of the NBC drama series “Midnight Caller”, in which she starred as Nicky Molloy until the series was ended in 1991. The next year, she took such roles as Carolyn in the made-for-TV thriller film “Blind Man’s Bluff”, next to Robert Urich and Patricia Clarkson, and Terry O’Neill in the action film “Live Wire”.

Her two latest projects were the made-for-TV crime film “The Return Of Hunter: Everyone Walks In L.A.”, in which she played Sally Vogel, and the made-for-TV drama film “919 Fifth Avenue”, in which she landed the role of Valerie Damore, both in 1995. She then retired and started leading a silent life with her husband.

Lisa Eilbacher is a married woman. Her husband is Primetime Emmy Award-winning director and cinematographer Bradford May, known for his work on “Lady Against The Odds”, “JAG”, and “Tremors”. The couple has been married since 27 August 1988, apparently two had dated for two years before they exchanged their wedding vows; they don’t have children.

Speaking about her hobbies, apparently Lisa is still an avid bodybuilder.