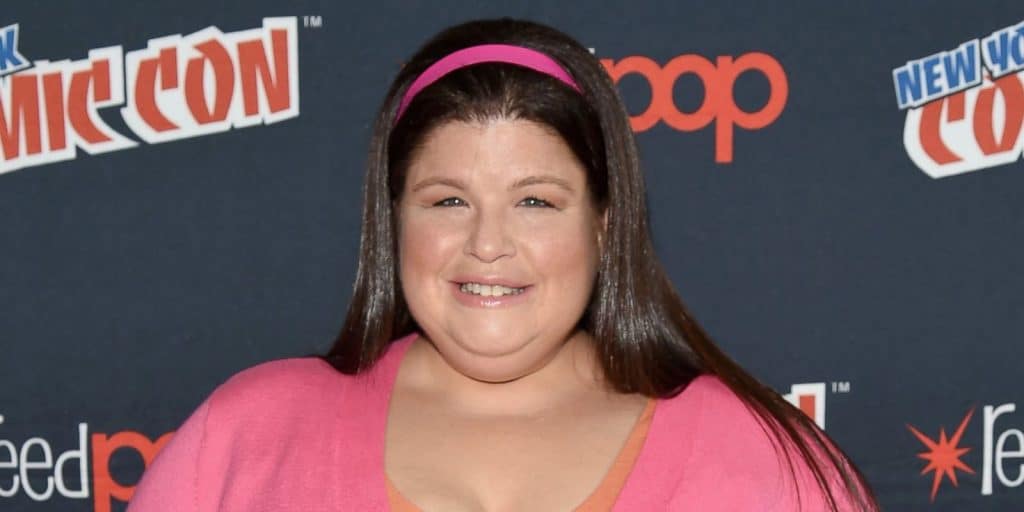 What happened to Lori Beth Denberg? What is she doing now?

Who is Lori Beth Denberg?

Lori Beth Denberg was born in Los Angeles, California USA, on 2 February 1976 – her zodiac sign is Aquarius, and she holds American nationality. She’s an actress and a comedienne, who has appeared in close to 20 movies and TV series, while she’s perhaps still known best for her debut film appearance portrayal of Connie Muldoon in the 1997 family comedy film “Good Burger”. It was directed by Brian Robbins, starred Kel Mitchell, Kenan Thompson and Sinbad, and follows two teenagers who are trying to save the burger joint at which they’re working from closing, now that a new restaurant has opened across the street.

Lori was raised in Los Angeles alongside her older brother Adam, by their Jewish parents about whom nothing’s known, as Lori respects their privacy; it’s said that her father was a lawyer, and that her mother was a housewife.

Lori fell in love with comedy mostly because her parents watched comedy shows on TV nearly every night. She started coming up with her own jokes upon enrolling at high school in 1990, also joined its drama club and started appearing in school plays; Lori was interested in a couple of other activities during her four years there, including creative writing and singing.

Upon matriculating in 1994, she didn’t enroll at college, but focused on working on her way up in the film industry.

Lori’s debut in a TV series was in 1998, when she was cast to play Lydia Liza Gutman in the critically acclaimed comedy “The Steve Harvey Show”. It was created by Winifred Hervey, starred Steve Harvey, Cedric the Entertainer and Merlin Santana, and follows a former singer who has started teaching music at a local high school in Chicago, Illinois; the series aired from 1996 to 2002, and won 14 of the 31 awards for which it was nominated.

In 2004, Lori played Ronnie in the episode “Dirty Magazine” of the family comedy “Malcolm in the Middle”, and the following two years saw her appear solely in movies, after which Lori took an eight-year break from acting.

Her following role in a TV series was in the 2015 episode “Guns N’ Daffodils” of the comedy “Raymond & Lane”.

The year 2017 saw her make a guest appearance in an episode of the comedies “Hollywood Darlings” and “That’s the Gag”, and she also played a supporting character in the comedy “The Doll Web Series”; it starred Michael Walton Jr. and Ajay Rochester, and follows Taylor who thinks that her boyfriend Will is having an affair, while she then learns that he’s actually just trying to hide the fact that he’s a Katie Doll collector. It was nominated for a single award.

Between 1994 and 2020, Lori appeared in 35 episodes of the musical family comedy “All That”, portraying Mrs Hushbam, Fran and several other characters. The series was created by Michael Tollin and Brian Robbins, starred Amanda Bynes, Nick Cannon and Kenan Thompson, and follows several kids who are trying to entertain other kids; it won nine of the 23 awards for which it was nominated.

Lori is currently shooting for two upcoming series: the comedy “The Tonopah Five”, and the revival of the comedy “All That”.

In 2004, Lori played Martha Johnstone in the popular sports comedy “Dodgeball: A True Underdog Story”, written and directed by Rawson Marshall Thurber, and which starred Ben Stiller, Christine Taylor and Vince Vaughn. It follows a team of misfits competing at a dodgeball tournament in an attempt to save their local gym from being closed; the movie won two of the 11 awards for which it was nominated.

In 2006, Lori was cast to play Shirley House in the action comedy “18 Fingers of Death”, and then after her long break from acting, she appeared in the 2014 historical comedy “Goody Goody”.

The year 2017 heard her voice Nurse Batchet in the animated comedy “Crypta!”, directed by Jacqui Inouye, and which starred Bonnie Gordon, Henry Zebrowski and Danny Tamberelli. It follows Mothman, Loch Ness Monster and Sasquatch, who are being taken care of by Dr. Stein and the intern Kelly.

Lori has only two other film roles, both in 2019 – mystery comedy drama “Ham on Rye”, and the short action adventure “Lost Treasure of the Valley”.

Lori could’ve been seen appearing in a couple of documentaries, including the 2018 movie “The Orange Years: The Nickelodeon Story” and the  series “Discontinued” in the same year.

Lori is currently working as a producer on the upcoming comedy movie “The Tonopah Five”.

She’s made a guest appearance in a couple of talk-shows and game-shows, such as “Figure it Out”, “Workaholics” and “Wild ‘N Out”.

Lori was nominated for two Dreamachine International Film Festival Awards in 2020, winning the one for Best Supporting Actress for her performance in “Lost Treasure of the Valley”.

Lori is highly secretive when it comes to her love life, and hasn’t mentioned any men (or women) whom she has perhaps been with, however, it’s recently been revealed that she’s today a married woman. Lori hasn’t spoken of the wedding, and thus the exact date of the ceremony isn’t known; her other half is Alexander Jardin, a non-celebrity American man who prefers to stay away from the media’s attention, but it’s believed that he’s the owner of a small business.

Because Lori is so secretive, some of her fans believe that the actress is perhaps bisexual, but prefers to keep this away from media; this hasn’t been confirmed, especially as of November 2021, she’s married to Alexander Jardin; she doesn’t have children.

Lori is quite active on Instagram, and seems to be enjoying the attention which she’s receiving from her close to 50,000 followers. She’s uploaded more than 100 pictures onto the network, and most of these feature her spending time with her friends and family members.

She’s an animal lover, and her pet dog can be seen in some of her Instagram pictures and videos.

Lori’s passionate about travelling, and her career has taken her to a several US states, while she’s also been to several Asian and European countries; her dream travel destination is Marseille in France.

She has her own favorite actors and actresses, some of whom are Will Smith, Chris Rock and Julia Roberts, while a couple of her favorite movies include “Independence Day”, “Down to Earth” and “Head of State”.

As of November 2021, Lori’s net worth has been estimated at close to $1 million.