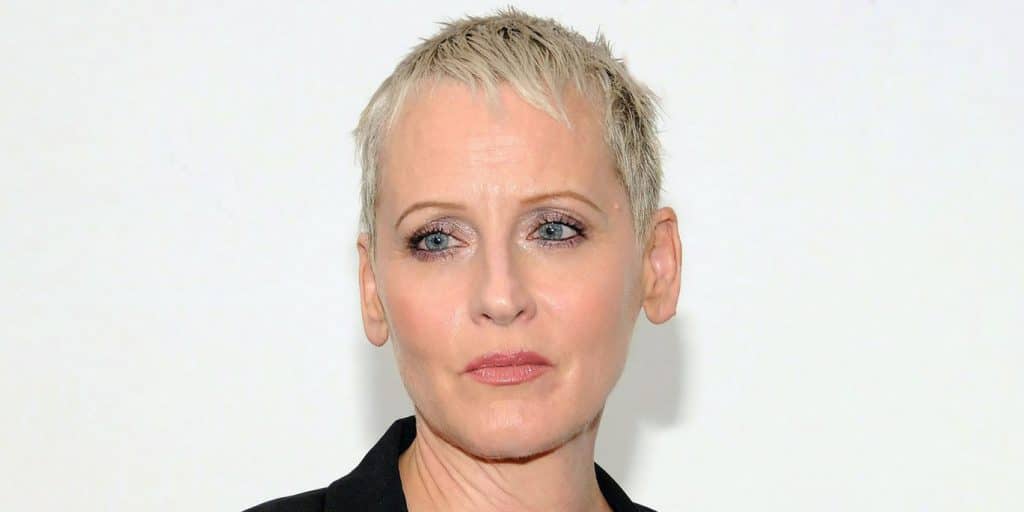 What happened to Lori Petty from Point Break? Net Worth, Gay?

Who is Lori Petty?

Lori Lee Petty was born on 14 October 1963 under the zodiac sign of Libra, in Chattanooga, Tennessee USA. She’s a 58-year-old actress, producer, director and writer, probably best recognized for landing the role of Tyler Ann Endicott in the action crime film “Point Break” (1991), playing Georgia ‘George’ Sanders in the Fox sitcom “Lush Life” (1996), and featuring as Lolly Whitehill in the Netflix comedy-drama series “Orange Is The New Black” (2014-2019).

How rich is she, as of now? Lori Petty Net Worth

As of late 2021, Lori Petty’s net worth is estimated at over $5 million, acquired through her successful involvement in the world of entertainment. She has garnered over 70 television and film acting credits since she launched her career in the mid-1980s.

Lori Petty spent her early years traveling through the US, since her father was a Pentecostal minister; information about her mother isn’t revealed, but she has two younger sisters, one of whom is named Lisa Petty. She holds American nationality and belongs to White Caucasian ethnic group. Regarding her education, Lori went to North High School in Sioux City, Iowa, from which she matriculated in 1981. She then worked for several years as a graphic designer in Omaha, Nebraska before deciding to try herself as an actress.

Lori Petty started pursuing her professional acting career in 1985, when she made her debut TV appearance in a guest role in an episode of the highly popular ABC soap opera “All My Children”, which was followed by a series of minor roles she portrayed in such TV series as “The Equalizer”, “Head Of The Class”, and “Miami Vice”, to name a few. In 1987, she was cast as Willie in the NBC supernatural horror film “Bates Motel”, opposite Bud Cort, after which she was chosen to portray Cricket in the short-lived ABC sitcom “The Thorns” (1988), next to Tony Roberts and Kelly Bishop, and featured as Cassie in the NBC crime mystery film “Perry Mason: The Case Of The Musical Murder” (1989).

Lori Petty’s big break came when she joined the cast of the Fox crime drama series “Booker”, in which she starred as Suzanne Dunne / Diane. It’s a spin-off from the Fox police procedural series “21 Jump Street”, but only lasted for a single season from 1989 to 1990. She then made her debut feature film appearance in the role of Lila in the 1990 black comedy film “Cadillac Man”, alongside Robin Williams and Tim Robbins. In the next year, she gained enormous popularity after featuring as Tyler in Kathryn Bigelow’s critically acclaimed action crime film “Point Break”, next to Keanu Reeves and Patrick Swayze. It was followed by her portrayal of Kit Keller in the 1992 hit sports comedy film “A League Of Their Own”, sharing the screen with Tom Hanks, Geena Davis, and Madonna.

During the mid-1990s, Lori landed such roles as Rae Lindley in a box office hit, the family drama film “Free Willy” (1993), Christine Jones in the war comedy film “In The Army Now” (1994), and the title role in the sci-fi film “Tank Girl” (1995). Her next significant appearance came when she had the part of Georgia ‘George’ Sanders in the short-lived Fox sitcom “Lush Life” (1996), for which she was also a co-producer. Later that year, she played Sara Daniels in the thriller film “Countdown”. From 1998 to 1999, she landed the recurring role of Max in the Fox crime series “Brimstone”. While filming it, she also featured as Robin Moon in the comedy film “Relax… It’s Just Sex” (1998) and Candy in the thriller film “The Arrangement” (1999).

Lori Petty started the next decade with such roles as Steph in the action-horror film “Route 666”, opposite Lou Diamond Phillips, and Lucy in the action crime film “Firetrap”, both in 2001. In the same year, she also wrote, directed, and starred as Six in the film “Horrible Accident”. The following year, she provided her voice to Livewire in the video game “Superman: Shadow Of Apokolips”, after which she starred as Faith in the 2003 drama film “Prey For Rock & Roll” and did the voice-over of COLAR in the 2005 made-for-TV animated comedy film “The Karate Dog”.

In 2006, she booked the role of Dr. Lean Carlin in the horror film “Cryptid”, and then in 2007 played Erin in the drama film “Broken Arrows”. In the next year, she wrote and directed the drama film “The Poker House” and appeared as a bartender in the drama film “Last Call”, which was followed by the supporting role of Janice Burke in the highly popular Fox medical drama series “House” from 2008 to 2009. By the end of the decade, she also guest-starred as Daddy in two episodes of the Fox serial drama series “Prison Break” (2009), and featured as Deputy Fryman in the sports film “Chasing 3000” (2010).

After taking a break from filming for several years, Lori Petty returned to the screen in 2014, when she joined the cast of the popular Netflix comedy-drama series “Orange Is The New Black”, in which she portrayed Lolly Whitehill until its finale in 2019.

The series was created by Jenji Kohan and is based on the memoir “Orange Is The New Black: My Year In A Women’s Prison” by Piper Kerman. One of the most popular series on the streaming service, it was acclaimed by critic, and received numerous awards and nominations, including four Primetime Emmy Awards.

Concurrently, she starred as Dr. Sykes in the 2016 supernatural psychological horror film “Dead Awake”, and played Francis in the 2018 comedy film “Fear, Love, And Agoraphobia”. She also guest-starred in such TV series as “Hawaii Five-0”, “Robot Chicken”, and “Summer Camp Island”, among others. Most recently, Lori had the parts of Wanda Pearson in the 2020 horror film “A Deadly Legend”, and a radio operator in the 2021 action thriller film “The Survivalist”, alongside John Malkovich.

It’s also announced that she will play the conductor in the upcoming HBO Max sci-fi miniseries “Station Eleven”, and Donatella in the upcoming horror film “You’re All Gonna Die”, both of which are currently under post-production.

During the 1990s, Lori Petty was romantically involved with actor David Alan Greig, in a long-term relationship. Since their split, she hasn’t been linked to anyone publicly, keeping details about her love life far away from the spotlight. Although many speculate about her sexuality because of the numerous gay roles she’s portrayed during her long career, there is no proof that she’s gay in real life. It is believed that she is single at the moment. She is a vegetarian.