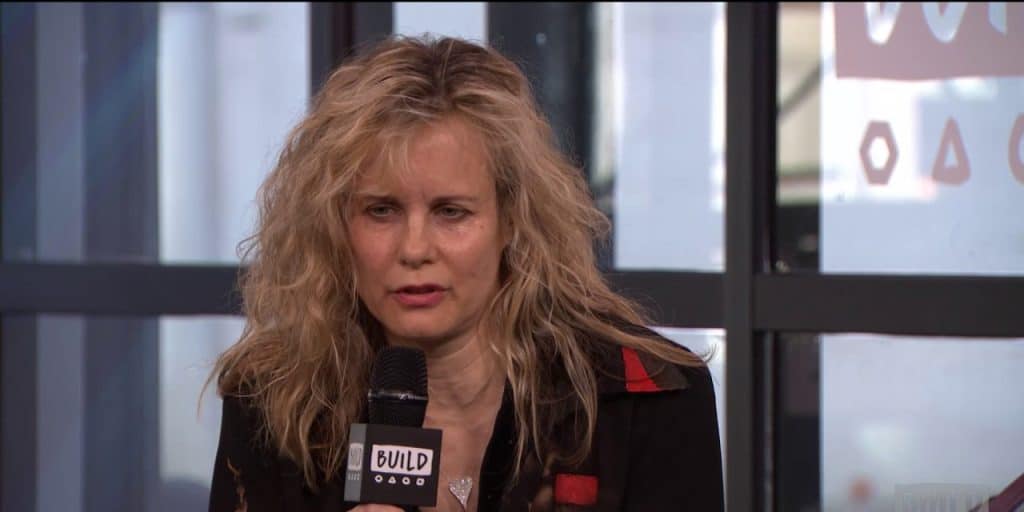 Who is Lori Singer?

Born on 6th November 1957, in Corpus Christi, Texas, USA, Lori Singer is an actress and musician of Jewish descent, who also worked as a model before transitioning to Hollywood. The statuesque beauty stands tall at 5ft 10ins (1.77m) and weighs about 140lbs (64kgs), with vital statistics of 34-23-34.

Born into an illustrious and talented family, Lori was welcomed to the world by her father, the famous conductor Jacques Singer, and her mother Leslie Wright, a concert pianist. The only daughter and the couple’s last child, Lori has two older brothers – Marc and Claude – and a fraternal twin named Gregory.

Jacques, who was born in Poland and studied with Leopold Stokowski, was working as the lead conductor with the Corpus Christi Symphony Orchestra when Lori was born. In 1962, the family relocated to Portland, Oregon, where her father was Portland Symphony Orchestra’s lead conductor. With her skills being fostered and encouraged by her parents, it soon became apparent that Lori was a musical prodigy. At the tender age of 13, Lori made her solo debut at the Oregon Symphony while attending Lincoln High School. The following year, she traveled to New York with her brother Gregory to attended the cellist Yo-Yo Ma’s music camp.

After summer camp, Lori was accepted into the prestigious Juilliard School in New York, and went on to make history by becoming the institution’s youngest graduate, following which, the blonde performed with Western Washington University’s Symphony Orchestra.

Lori signed with Elite Modeling Agency upon completing her studies, juggling that career with solo concerts. The highlight of her young adulthood came in 1980, when the Texan won the Bergen Philharmonic Competition. Inspired by the success of her brother Marc, Lori channeled her energies into acting, saying: “In a world where such terrible things are happening, it’s just so fantastic to become someone else”.

Work didn’t take long to come Lori’s way, as in 1982 she was cast as Julie Miller in the NBC series “Fame”, appearing in several episodes of the first two seasons. A little-known fact is that Julie’s character – a dancer and cellist – was actually created with Lori in mind. The following year after being cast, Lori and other cast members performed live at the Royal Albert Hall, London, England, with the segment being recorded and released as an album.

In 1983, Lori won a ShoWest Newcomer of the Year Award, thanks to her brilliant performance as Jodi Belcher in “Born Beautiful”, an inspiring television film which received positive feedback from viewers.

The following year, she was cast as the female lead of “Footloose”, a box office hit which grossed $80 million in North America alone, despite a lukewarm reception from critics, and also earned Lori a ShoWest award in the Breakthrough Performer of the Year category. Other movies in which Lori starred include “The Falcon and the Snowman”, “The Man with One Red Show”, and “Trouble in Mind”, the latter leading to the musician’s nomination at the Independent Spirit Awards in the Best Female Lead category. Some of Lori’s lesser-remembered performances include her role as Annie in “Made in USA”, and her portrayal of Kassandra in “Warlock”. In 1993, she won a joint Best Ensemble award at the Golden Globes, after working on Robert Altman’s “Short Cuts”.

Other accolades which rewarded the cast include for best ensemble at the 50th Venice International Film Festival. In the early 1990s, Lori began focusing more on TV work, with an appearance in an episode of “American Playhouse” and a leading role as Sydney Bloom in the popular science-fiction series “VR.5”. In 1997, Lori played the cello with Yo-Yo Ma in an episode of “Inspired by Bach”, and then played Dr France in “Sarabande”. Despite Lori’s career slowing down considerably in the early 2000s, the actress and musician remained a highly respected figure in the world of showbiz. Upon making her small-screen comeback after a six-year hiatus, in an episode of “Law and Order: Special Victims Unit”, fans went crazy and speculated that the thespian would soon announce a new project.

In 2012, Lori was executive producer for “Mea Maxima Culpa: Silence in the House of God”, a heartbreaking documentary film highlighting the impact of clerical sex abuse in the USA. Alex Gibney, who wrote, directed and produced the project, interviewed four deaf men aiming to expose the priest who abused them in the 1960s. Despite controversy, the documentary film was well-received, and won a Peabody Award following its premiere at the Toronto International Film Festival. Other accolades and nominations included a Grierson Award at the London Film Festival, a Best Feature Documentary award in the Irish Film and Television Awards, and a nod at the 2013 Academy Awards.

Lori’s only known partner to date is Richard David Emery, a lawyer and founding partner of Emery, Celli, Brinckerhoff Abady Ward & Maazel LLP, who was also the chair of the Civilian Complaint Review Board from 2014 to 2016. The former lovebirds married in 1980 and had one son, Jacques Rio Emery, but divorced in 1996. Since then, Lori hasn’t been in any public relationships, while her ex-husband married Melania Levitsky in 2002. As for Lori and Richard’s son, he prefers to stay out of the limelight, and is currently leading an anonymous existence somewhere in the US – he’s believed to be an only child.

Lori is not active on social media, although a few fan accounts on Instagram post sporadic throwbacks to the actress’s glory days.

Despite Lori’s lengthy and professionally rewarding career, reliable sources confirm that the beautiful blonde is only worth an estimated $500,000, although reported figures vary. This low sum is possibly due to the occasional breaks Lori has taken in the past, to focus on motherhood and her marriage.

As a cellist, it’s only believed that she earns an average of $15,000 per performance, while her exact salary per episode or film is unknown.