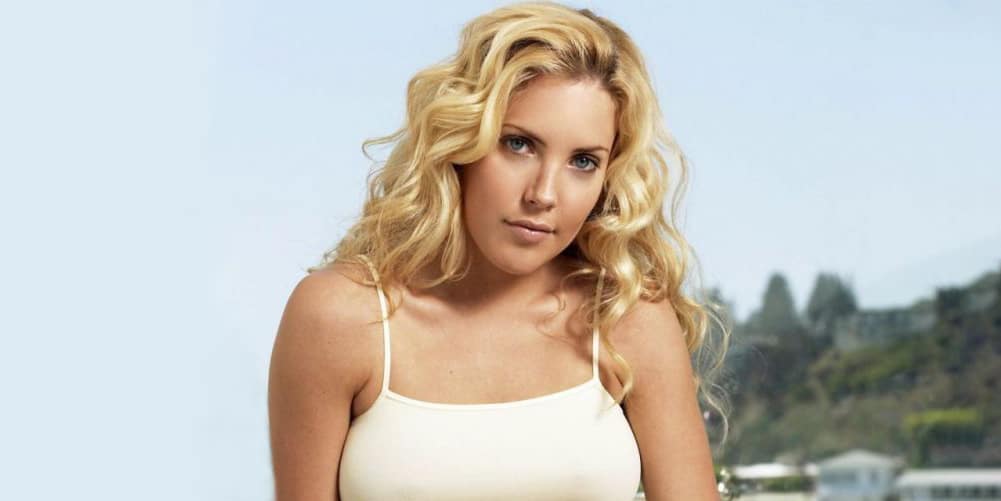 What happened to Mercedes McNab? Age, Husband, Net Worth

Who is Mercedes McNab?

Mercedes Alicia McNab was born in Vancouver, British Columbia, Canada, on 14 March 1980 – her zodiac sign is Pisces, and she holds Canadian nationality. She’s a retired actress and a former model, with 35 acting credits to her name, perhaps still known best for her portrayal of Amanda Buckman in the 1993 fantasy comedy movie “Addams Family Values”, directed by Barry Sonnenfeld, and which starred Anjelica Huston, Christopher Lloyd and Raul Julia. It follows Uncle Fester who has fallen in love with the gold-digging black widow Debbie, while the Addams family are trying to rescue him; the movie won three of the 20 awards for which it was nominated, including an Oscar nomination.

Mercedes was raised in Vancouver by her father Bob McNab, who’s a former British soccer player, while nothing is known about her mother; she hasn’t mentioned having any siblings, and so is believed to be an only child.

Mercedes grew up being interested in acting, and upon noticing this, her father enrolled her at acting school; she was only 11 years old when she launched her career, with her portrayal of Girl Scout, in the 1991 fantasy comedy movie “The Addams Family”. The movie was a huge hit, winning five of the 28 awards for which it was nominated, including an Oscar nomination. Mercedes’ performance set the foundations for her acting career, and the following year saw her make her TV series debut appearance, with her portrayal of Lisa,in the episode “The Genius” of the family fantasy comedy “Harry and the Hendersons”.

Mercedes attended a local high school, and upon matriculating in 1998, she chose to focus on acting, rather than to pursue a college degree.

In 1992, she played Amanda in the family comedy “Do Not Bring That Python in the House”, while a couple of her following roles were in the action family adventure “The Fantastic Four”, and the adventure drama “Savage Land” both in 1994, and the 1997 fantasy adventure comedy “Escape from Atlantis”.

In 1999, Mercedes was cast to star as Pamela in the action adventure “White Wolves III: Cry of the White Wolf”, directed by Victoria Muspratt, and which also starred Mick Cain and Rodney A. Grant. The film follows three teenagers whose plane has crashed in the wilderness of Northern Canada, leaving them hoping that the spirit of a white wolf will help them find a way to safety.

In 2001, we saw Mercedes star alongside Mark-Paul Gosselaar in the science fiction comedy “Beer Money”, then in 2003 she appeared in the family comedy “Exit 9”. Her following notable performance was her portrayal of Misty in the critically acclaimed 2006 horror thriller comedy “Hatchet”, written and directed by Adam Green, and which starred Kane Hodder, Joel David Moore and Deon Richmond. It follows several tourists who find themselves stranded in a haunted swamp in Louisiana – the movie won six of the seven awards for which it was nominated.

Three of Mercedes’ final roles in movies before retiring from acting, were in the 2010 fantasy thriller “Medium Raw: Night of the Wolf”, later that year in the action horror comedy “Hatchet II”, and the 2011 comedy “Glass Heels”.

In 1994, Mercedes played Shannon Trahern, in the episode “Brooklyn Dodgers” of the action adventure comedy “The Adventures of Brisco County, Jr.”, and by the end of the ‘90s, she had appeared in an episode of various series, such as the comedy “New York Daze”, the comedy “USA High”, and the family fantasy drama “Touched by an Angel”.

Between 1996 and 2001, Mercedes portrayed Harmony Kendall, in the action fantasy drama “Buffy the Vampire Slayer”, created by Joss Whedon, and which starred Sarah Michelle Gellar, Nicholas Brendon and Alyson Hannigan. The series follows a young woman who’s spending her life fighting vampires and other creatures; it aired from 1997 to 2003, and won 54 awards, including two Primetime Emmys, while it was nominated for 134 other awards.

Mercedes was then invited to guest star in an episode of several hit series, such as the action crime adventure “Walker, Texas Ranger”, the romantic drama “Dawson’s Creek”, and the comedy drama “Boston Public”.

Between 2001 and 2004, she played Harmony Kendall, in the popular action fantasy drama “Angel”, created by Joss Whedon and David Greenwalt, and which starred David Boreanaz, Charisma Carpenter and Alexis Denisof. It follows Angel, an American vampire who’s living in Los Angeles, California, where he’s helping people with their strange problems; the series won 12 of the 61 awards for which it was nominated, including a Primetime Emmy nomination.

Mercedes has been featured in various short documentary videos, including the 2005 “’Angel’: The Final Season”, “The Making of ‘Hatchet’” and “Meeting Victor Crowley” both in 2007.

In 2011, she made a guest appearance in an episode of the talk-show “Half in the Bag”.

Mercedes was also a model, and had simultaneously pursued both an acting and modelling career. In January 2004, she was featured in the magazine “FHM”, and in November 2006 Mercedes posed nude for the magazine “Playboy”.

On 12 May 2012, Mercedes exchanged vows with Mark Henderson in a private ceremony attended by their closest friends and family members, in La Paz, Mexico. Mark is a real estate developer, and prefers to stay away from the media’s attention, thus not a lot about him is known; it was only after their wedding that Mercedes announced that she would be retiring from acting, so it’s widely believed that Mark had something to do with her decision.

On 25 February 2013, Mercedes gave birth to their daughter Vaunne Sydney Henderson, about whom not a lot is known, as her parents are keeping her away from the media’s attention.

Neither Mercedes nor Mark have spoken of any other people whom they have perhaps been with, so as of October 2021, she’s married to Mark Henderson, and has a daughter with him.

Mercedes is quite active on Instagram, and seems to be enjoying the attention which she’s receiving from her close to 10,000 followers; she’s uploaded over 120 pictures onto the network, many of which feature her spending time with her friends.

She’s a dog-lover, and her pet dog can be seen featured in a couple of her Instagram pictures.

Summer is Mercedes’ favorite season, as she enjoys sun tanning at the beach, showing off her body and swimming in the ocean.

She’s still physically highly active, and has multiple training sessions at the gym each week, thus her slim figure.

Mercedes has her own favorite actors and actresses, some of whom are Jim Carrey, Kate Winslet and Julia Roberts, and a couple of her favorite movies are “Yes, Man”, “The Eternal Sunshine of the Spotless Mind” and “The Runaway Bride”.