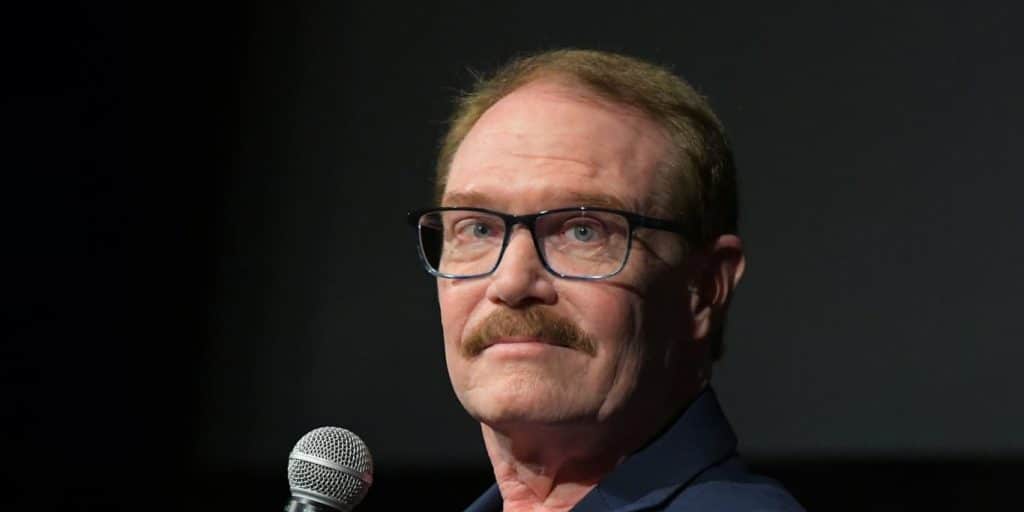 What happened to Mitch Vogel? What is he doing now? Net Worth

Who is Mitch Vogel?

Mitch Lee Vogel was born under the zodiac sign of Capricorn on 17 January 1956, in Alhambra, California USA; he holds American nationality and his ethnicity is white Caucasian. He is a director, composer, and a former child actor with 33 credits to his name, perhaps known best for his role as Jamie Hunter Cartwright in the series “Bonanza“ a western drama starring Michael Landon, Dan Blocker, and Lorne Greene, which had 16 award nominations and won nine, including three Primetime Emmys.

Mitch was raised in Costa Mesa, California alongside his half-sister Kelly, by his mother whose name isn’t revealed, and his step-father Edward Greenleaf, who was a US Marine sergeant. His father, Dennis Vogel was working in the construction business, and divorced Mitch’s mother when he was five years old; when Mitch started acting, his grandmother Mrs Maude Awrey was his manager.

He attended Heinz Kaiser Junior High School in Costa Mesa, and later he transferred to the Jordan Jr. High School in Burbank, California; upon matriculating in 1974, he didn’t enroll at college.

Mitch dreamed of becoming an actor since he first saw the play “Peter Pan” at the theatre, and his mother took him to acting classes at the Orange County Performing Arts Foundation. He was soon cast in his first role as Tom Sawyer, which wasn’t surprising since Mitch had freckles on his face and red hair, just like you would imagine Tom Sawyer looked like, followed by his roles in the play “Heidi” and “The Wizard of Oz”, and his talent was recognized by a talent agent from Hollywood, Evelyn Farney, who got him an audition.

Mitch made his acting debut on television in 1967, when he was cast to play Jeffrey Bennett in the series “Dundee and the Culhane”, followed by his roles in the series’ “The Virginian”, “Death Valley Days”, “Adam-12”, and several others before he was cast to play Jeannot in “The Magical World of Disney”, the popular series which had 21 award nominations, including one for the Oscar, and won 15.

His most significant role was as Jamie Hunter Cartwright in the series “Bonanza” which was broadcast from 1959 until 1973, and was about the Cartwright family, a father and three sons who lived on the Ponderosa Ranch, near Virginia City in Nevada, their typical western adventures, and personal problems and relationships issues.

In the following years, he made appearances in the series “Police Surgeon”, “Gunsmoke”, and “Petrocelli”, before he was cast to play Johnny Johnson in the famous ‘70s series “Little House on the Prairie”, which had 42 award nominations and won 17, including four Primetime Emmys.

After this role, he had supporting roles in several series. such as “Lucas Tanner”, “The Secrets of Isis”, “State Fair”, “Insight”, and others, before he was cast to play Mitch in the series “Wonder Woman” an action adventure fantasy which was twice nominated for a Primetime Emmy.

Mitch made his first appearance on the big screen when he was cast to play Thomas Roderick ‘Tommy’ North in the 1968 movie “Yours, Mine and Ours”, starring Henry Fonda, Van Johnson, and Lucille Ball, which is a family comedy drama about a widow with eight children and a widower with ten children who fall in love, but then must decide how to unite this unconventional family; the movie had four award nominations, and won two.

Mitch was then cast to play Lucius in the 1969 movie “The Reivers” a comedy drama starring Ruth White, Steve McQueen and Sharon Farrell which had five nominations, including two for the Oscar; Mitch was nominated for the Golden Globe – Best Supporting Actor, but besides that happiness, he experienced pain too, as he broke his shoulder during the shooting.

In the following years, he acted in several TV movies, such as “Quarantined”, “Menace on the Mountain”, “Two Boys”, “The Boy from Dead Man’s Bayou”, and others before he was cast to play Dale McCarthy in the 1978 movie “Texas Detour” which was his most recent role, and might be the last one.

Mitch is a married man with his wife Christin, since 1986, and they have two daughters, Shauna and Melanie; the family currently lives in Southern California.

Where is Mitch Vogel now?

After his last appearance in the film industry, after almost forty years, Mitch came to The Bonanza Convention in 2005, and he also participated in the 2010 Bonanza Weekend in Liverpool, United Kingdom; nowadays, Mitch sings and plays guitar in the band, and he occasionally acts and direct as an amateur in a local church production, as he said, just for fun.

When he was ten years old, and his mother asked him to choose between guitar lessons and acting classes, he chose acting, but guitar stayed his ‘second’ most favorite thing, so when he grew up, he bought a guitar, and not just any – it was a Martin D-28, one of the best guitars for playing country music.

It seems that Mitch completely retracted from public life, he doesn’t have accounts on social media platforms, and there is only one video uploaded in 2014 on YouTube featuring him singing. The video lasts less than two minutes, but has been viewed almost 20,000 times and people were thrilled to again see their favorite child actor after all these years.

Mitch and Tim Matheson, a 73-year-old actor who also appeared in the series “Bonanza“, are the only two actors still alive of all cast members from the series.

As of November 2021, his net worth has been estimated at over $500,000; there were some rumors that he is the owner of some kind of a business, however, he hasn’t confirmed these assumptions.