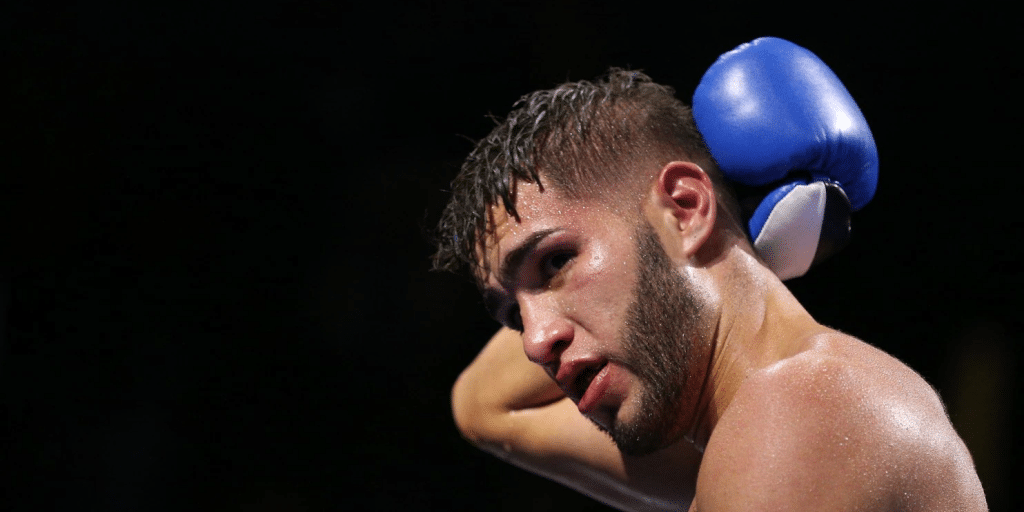 Who is Prichard Colón?

The former Super Welterweight boxer Prichard Colón Melendez, was born under the zodiac sign of Virgo on 19 September 1992, in Maitland, Florida USA; he holds American nationality, and his ethnicity is Latino. He’s the gold medal winner at the 2010 Pan-American Youth Championship in the 141lbs (64kgs) category, and is the honorary World Boxing Council (WBC) World Champion.

When Prichard was 10 years old, he moved with his parents Nieves and Richard and his sister Natalie from Florida to Orocovis, Puerto Rico, where he attended a local high school, and upon matriculating in 2010, he enrolled at the Universidad del Sagrado Corazon, in San Juan, Puerto Rico, to study Business Administration, but didn’t graduate, instead pursuing his boxing career.

Prichard started boxing while he was a high school student, at the Albergue Olimpico, an athletic and recreational center in Salinas, Puerto Rico, and there he earned his moniker ‘Digget’. He won five national championships as an amateur in both the 141lbs (64kgs) and 152lbs (69kgs) divisions, and as mentioned, the gold medal in 2010, and two years later in 2012, he launched his career as a professional fighter, ending his amateur career with a record of 170-15.

As a professional fighter, he debuted on 23 February 2013, boxing against Xavier La Salle, knocking him out in the first round.

After that fight, he had five more fights in 2013, and in 2014 seven fights, and was the winner at every match. One of his most notable fights was held on 9 September 2015, when he fought against Vivian Harris, who was more experienced than Prichard, but ‘Digget’ knocked him out at the fourth round.

His last fight was on 17 October 2015, when he fought Terrel Williams at the EagleBank Arena in Fairfax, Virginia, however, the fight wasn’t the original part of the schedule, but when one of the fighters stepped out due to medical reasons, the match between Prichard and Terrel was added to the program.

How did he get paralyzed?

The two were fighting for nine rounds, and for the first five rounds, Prichard appeared to be ahead, then in the seventh round, Terrel punched Prichard in the back of his head, using so-called ‘rabbit punches’, which are illegal in boxing. Prichard approached the referee and informed him about the illegal punches, and he just replied with: ‘You take care of it.’ They continued to fight, and although Prichard felt dizzy and said that to the ringside doctor, he allowed him to fight on, after he cleared him and Prichard stated that he could continue the match.

Prichard was knocked down for the first time in his career during the ninth round, and when his corner removed his gloves, thinking it was the end of the fight, he was disqualified. When he went to his dressing room, he was still feeling dizzy, and then he passed out; he was taken to the hospital, and the doctor diagnosed him with bleeding on the brain, so he was operated on immediately.

Terrel Williams has spoken about what happened in one of his interviews saying: ‘I pray for Prichard every day. That’s never going to change. I wish him nothing but peace and health. No one wants what happened to Prichard to happen to anybody. All boxers are brothers.’ He also once stated that his biggest concern is the reaction of his three sons when they grow up, and realize what their father has done to another man.

What happened to Prichard Colón?

After surgery, Prichard went into a coma for over 220 days; at first, he was treated at Inova Fairfax Hospital, in Virginia, and was then transferred to Shepherd Center, in Atlanta, Georgia, and later to Orlando, Florida.

When Prichard finally came out of the coma, he was diagnosed as being in a persistent vegetative state. He couldn’t talk, eat, nor move any part of his body except his eyes and eyebrows; the strong and a healthy young man has now become a person who is unable to take care of himself, unaware of what happened to him; it’s sad to see what he’s going through.

His fans from all around the world have sent words of support, and wishing him recovery; his mother established an Instagram account so that they can keep track of his recovery progress.

Prichard is now at his home in Maitland, living with his mother, and although his parents are divorced, his father comes daily to help Nieves to take care of their son.

In 2018, he was at the rehabilitation center, where he achieved communication with his eyes through an augmentative and alternative communication device, and was able to answer yes/no questions. Sometimes, his answers were 80% correct, and sometimes he would answer that it’s the year 2015, and he couldn’t answer the question about who he was. During the rehabilitation, he was progressing, and one day, they let him see the video of his last fight on YouTube, and it seemed that he remembered his life before the tragedy, but the day after, it was all the same for him, although his mother doesn’t lose hope that her son will one day be as strong as he was.

In 2021, Prichard had more brain surgery, because it was discovered that a collapse of his skull was pressing on the brain, and the fragment had to be removed and replaced by a plate; the surgery went well, and nowadays Prichard can do some things which no one had expected after the neurologist diagnosed him with an unresponsive wakefulness state, back in 2017.

Prichard is now able to communicate and to stand with assistance; he could manage some shoulder work, follow commands, grasp and release pegs, it seems that he’s progressing day by day, step by step, but certainly one of the most beautiful things is that he’s able to smile, and show that he’s happy.

Prichard is 29 years old, with black hair and dark brown eyes; there is no information about his weight at the present, but while he was healthy, he weighed around 143lbs (65kgs) and is 6ft (1.83m) tall.

In 2017, Prichard’s parents filed a lawsuit against the ring doctor, referee and other people who they find to be responsible for Prichard’s condition, seeking damages of $50 million, however, the lawsuit has not been settled as of January 2022.

Richard’s net worth was estimated at $1 million while he was fighting, and he also had an income from his sports and entertainment business brand, ‘DiggetTime’.